The Liberal Party in New South Wales has despatched eviction notices to 400 long-term poor residents in the historic houses of Sydney’s colonial Millers Point and The Rocks.

And then the Liberals announce a massive commercial development of Sydney’s Royal Botanic Garden for a hotel, railway station, ferry wharf, year round entertainment sound shell stage, viewing platform, a plaza and a new shop and cafe.

Mrs Macquaries Point is set to be architecturally developed into a harbour viewing platform.

Who could possibly be behind it all, whose currently in tow with the Liberal PM in Japan, South Korean and China? 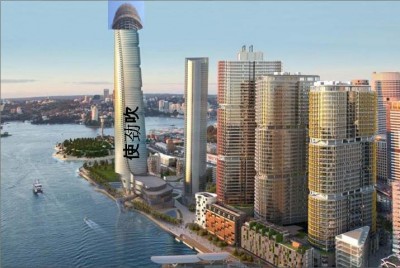