Self-determination is one thing, but some foreigner at the University of Melbourne has taken apartheid to a micro degree. One of its performing arts students, Isabella Whāwhai Mason last weekend staged the opening of a dance performance at the university’s Victorian College of the Arts (VCA). (NB. ‘Whāwhai‘ is Mason’s constructed name – means ‘fight‘ in Maori language – so shiver in your boots). 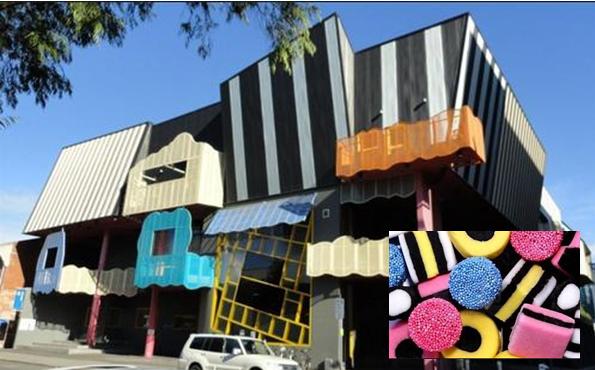 Last Saturday evening on June 16 2018, patrons arrived for the student performance ‘Dance ON 2018‘ at the VCA’s Wilin Centre’s Space 28 theatre at 47 Dodds Street at Southbank.   (NB. ‘Wilin‘ means ‘fire‘ in non-White language, so Whawhai was encouraged to feel right at home).

As patrons arrived, Isabella Mason dispatched four Aboriginal dancing girls to choreograph the White patrons away from the non-White patrons. May be a whistle was used.  It was problematic since the lights inside were a bit low.  A sorting gate would have come in handy like this one. 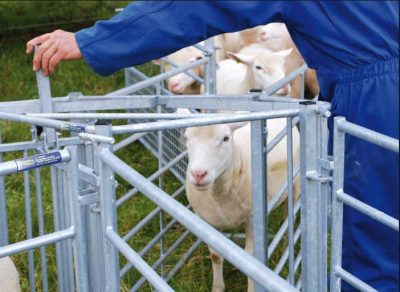 People of colour were invited to enter the show first, while White people (or anyone looking less black) had to wait outside where the four dancers lectured the Whites on ‘white privilege guilt‘.

Then in true Leftie nazi style, Mason made the Whites sign ‘a declaration‘ before allowing them to enter the theatre.  The declaration was a big brown piece of paper on the wall that stated: “I ­acknowledge where I stand.”  But if the Whites didn’t sign it, they were refused entry to the theatre and not refunded. 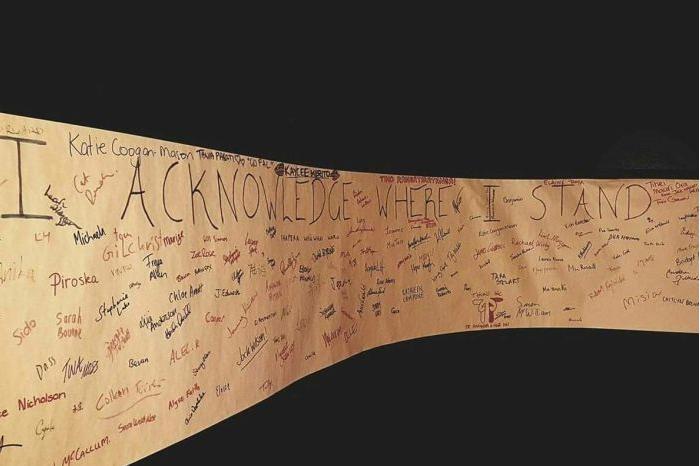 Once there were more White patrons inside the theatre than non-Whites, Mason stopped the performance and the audience was left to sit and think.  Like why did I pay money for entrapment? 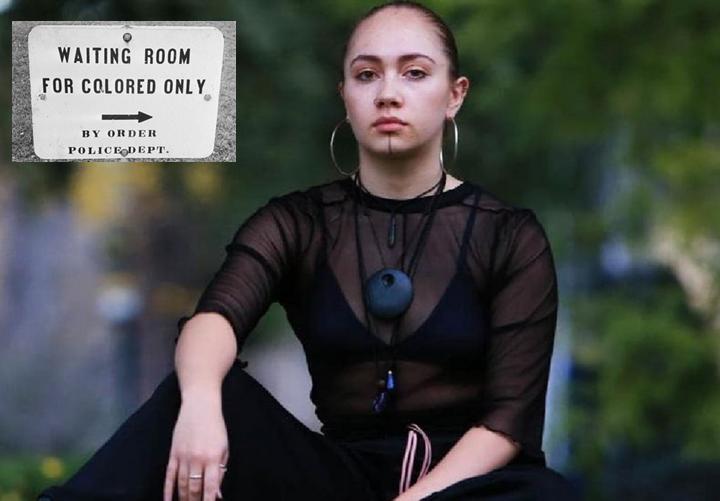 “Realistically, there are simply two different shows for two different audiences. The White audience in the foyer are invited to go’ through a process of accepting/transitioning/cleansing similar to a right of passage.”

Sounds like being put through a sheep dip.  Apparently, the not-so-subtle message was to highlight how indigenous people and people of colour have been excluded from society and history. 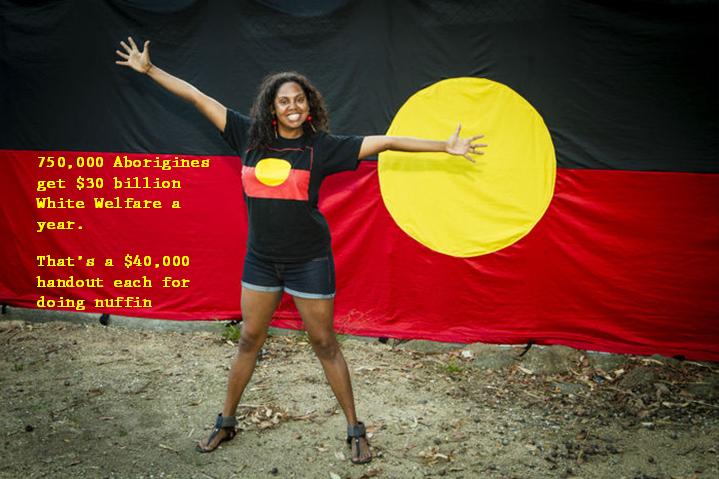 One concerned patron, a Chinese who somehow looked White, said he and his partner refused to sign the paper, adding that several other patrons were ­distressed by the performance. “We were both fascinated and appalled to be living in our own episode of the Chinese Cultural Revolution experience,” he said.

Turns out Isabella Whawhai Mason is ironically a White Maori hybrid imported into Australia on another one of those backdoor immigration student visas (subclass 500) from New Zealand pretending to be doing performing arts.

The Wilin Centre claims it “works with Aboriginal and Torres Strait Islander communities to identify, recruit and support potential and practicing Indigenous artists to study and refine their academic and artistic skills..and fosters innovation in the research, development, advocacy and presentation of Indigenous arts and cultural practice.” (aka black privilege)

If Mason wanted her performance to be truly polemic, how about strutting her stuff about the persisting Third World patriarchal culture of domestic violence, murder, rape and paedophilia across Aboriginal communities like Tennant Creek and Borroloola?  They’re still point da bone out on the reservations.

She’s a hypocrite and a foreigner anyway.  So what’s a foreign Maori doing at Wilin anyway?  She deserves a E+ Grade – thick but tries hard.

Clearly Mason’s a Leftie activist in Australia to cause trouble.  She’s set up an activity group at Melbourne University called ‘Where We Stand‘, so it’s all about politics.  The dancing is just a front.  Yet Maoris learn to dance in Kiwi land and even mix it up with Whites.

No apartheid or guilt here, Mason!    (But Chinese invading NZ should be worried)

That’s what their teaching down at VCA.  The VCA’s previous dean Professor Sharman Pretty in 2010 hired firm ANZarts to oversee a review of The Wilin centre, despite being a director of ANZarts.  It’s not what you know, but who you know.

And check this job advertisement in 2016 at The Wilin Centre posted by its operations co-ordinator Ms Eugenia Flynn. 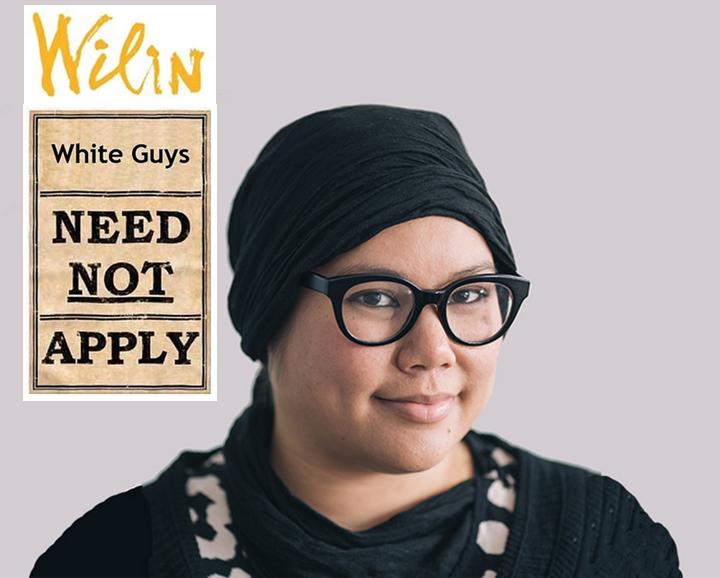 Eugenia Flynn’s bio includes ‘working’ with Muslim women artists, and director of the RISE Refugee Festival.  In her spare time, she writes in the Guardian Australia, Crikey and Overland Magazine.  A Pure Leftie.

And where does the Victorian College of the Black Arts get its $25 million annual funding from. From so-called White Privilege Guilt?

May be Isabelthe White patrons should wear black arm bands, with a ‘White‘ patch akin to the Jews being forced to don a gold Jude Star of David cloth patch during Nazi Europe. 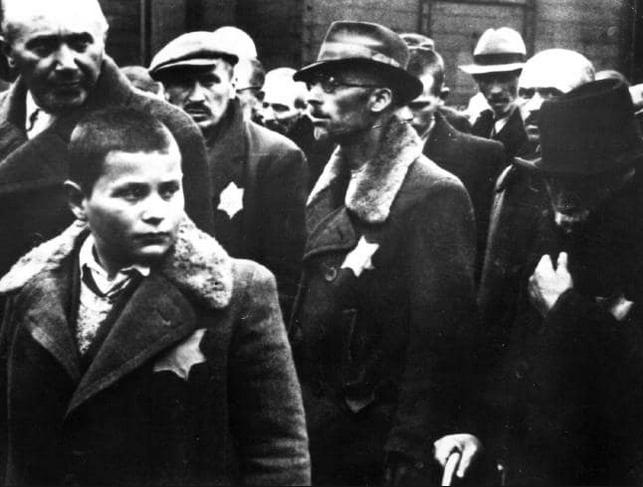 Australia is one nation and one people. Since 1788, the First World British liberated Third World natives from their primitive barbarism (leg spear punishment, female persecution and pedophilia).  In 2018, such practices, behaviour, culture is black arts cultism.   For blacks to reject Australian first world values and standards and return to the black arts, do so as cultists against decent White Australian mores and laws. They don’t deserve to have the White Welfare Cake as well.

May be ‘apartheid‘ (it’s Africaaner for cultural separateness) is what Leftist Aborigines in hateful denial actually seek.  But why get a foreign Maori like Mason to speak for them?

If they want apartheid separating away from White Australians, then they can go self-fund themselves.  Australians do not deserve to tolerate the festering of crime ghettos like Tennant Creek in the Northern Territory perpetuating Third World barbaric practices within decent First World Australia. No crazy Hutt River successionism in Australia. No South African Lesothos, Zulu Republics, Swazilands, or eSwatini cult enclaves.

Mason should just go home to the land of the long white cloud and instead choreograph White womens’ diversity right to perform the haka. 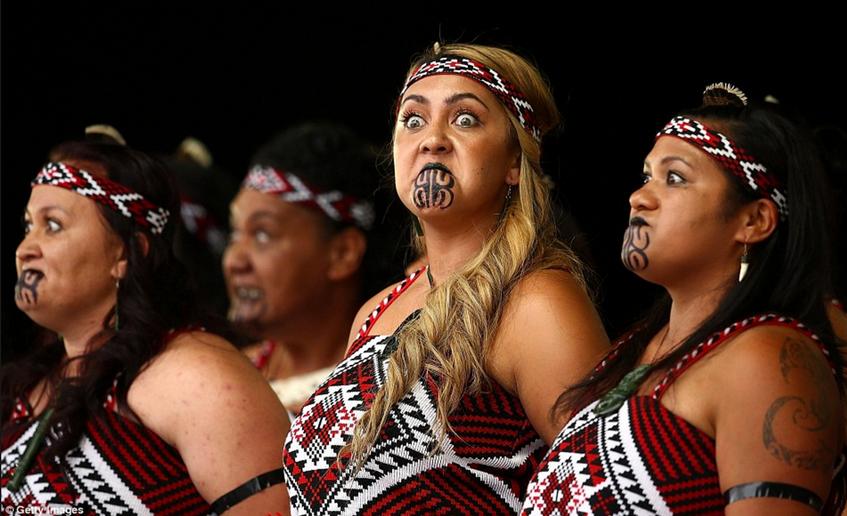