In Central West New South Wales 350km NW of Sydney, a rural community has been devastated by a bushfire natural disaster with about 40 families left with nothing but the shirts on their backs.

The firestorm, dubbed the ‘Sir Ivan Fire‘, last weekend destroyed everything in its path – 55,000 ha of pasture and crops, near 40 homes, many sheds, stables, equipment, vehicles, fences, thousands of livestock, power, infrastructure, everything.  The small town of Uarbry east of Dunedoo in the Warrumbungle Shire has been wiped out and thousands of pasture around.

Local resident Geoffrey White said his mother and father, Steven and Ruth, had lived in Uarbry since 1993.

“They’ve lost everything!  My father has worked hard as a truck driver in Tamworth for the last seventeen years… he has recently though injured himself at work and is required to have surgery on his shoulder next week and ankle soon after… they really are honest hard-working people who have lost a lot.  I’m just so grateful we didn’t (lose) them yesterday too.” 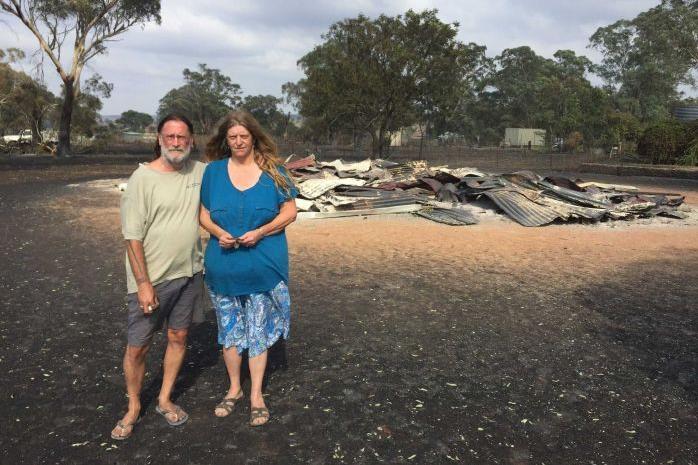 Nothing left in the rural village of Uarbry. Local Aussies are destitute. 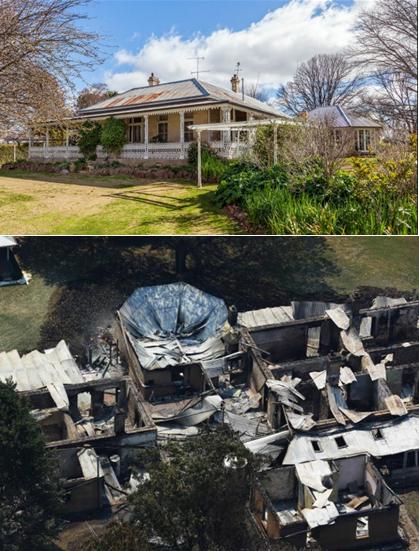 Australian heritage destroyed – historic Tongy Homestead on the Talbragar River outside Uarbry, before and after.

So where is the disaster response and relief?  Where is government?

The Insurance Council of Australia has declared the bushfires an “insurance catastrophe” and the council estimates losses to be at least $20 million, with claims still coming in.

While the New South Wales state government has set up a recovery coordinator and centre in nearby Coolah, where is the Prime Minister of Australia?  Where is the disaster declaration?  Were is the national coordinated response, the needed federal funding, federal resources?

Instead, out-of-touch Malcolm Turnbull has turned his back on Australians, jet setting overseas to the Queenstown resort in New Zealand to talk neo-liberal globalism and to revive the dead Trans Pacific Partnership.

The TPP was former President Obama’s globalist deal to benefit multinational cartels, millionaire exporters, and Third World slave labour.  It is globalist ideology.  The TPP was set to ruin local jobs in participating First World nations – American and Australia respectively.  That is why America’s incoming nationalist President Trump scrapped it within days of his inauguration.  American President Trump is putting Americans and American jobs first.

Trump’s nationalism is in complete contrast to Turnbull’s globalism agenda.

When tornado disaster struck rural communities in the US states of Mississippi and Louisiana, President Trump instigated an immediate emergency declaration and national response to households and individuals. President Trump ordered immediate public assistance – grants for temporary housing, home repairs, low-cost loans to cover uninsured property losses, and other programs to help individuals and business owners recover from the effects of the disaster – to enable affected residents to get back on their feet quickly.

Then late Tuesday, President Donald Trump approved federal emergency aid for California as a result of the potential failure of Oroville Dam’s emergency spillway (the nation’s tallest earthen dam) and separately to help recovery efforts in areas affected by January storms.  Some 180,000 American residents downstream have had to be evacuated over the weekend because the risk of the flooded dam breaking is so great. 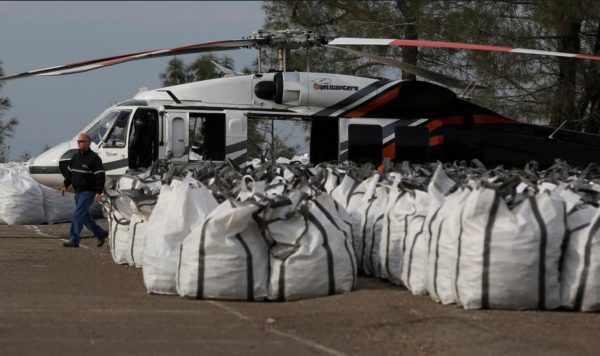 But what’s globalist Malcolm doing?  Not showing any leadership by not declaring a national disaster for the ravaged Warrumbungle Shire and not directing immediate disaster relief, finance and resources to those affected.

Instead, over the past few days Malcolm’s been playing party politics, berating his political rival in Canberra in his time-wasting pompous “simpering sycophant” rant in Parliament.  Today’s he’s jetted off with wife Lucy to socialise, wine and dine in New Zealand with PM Bill English.  The conversation?  Malcolm’s own TPP globalism, more immigration impost on Australians and just to berate President Trump’s nationalism. 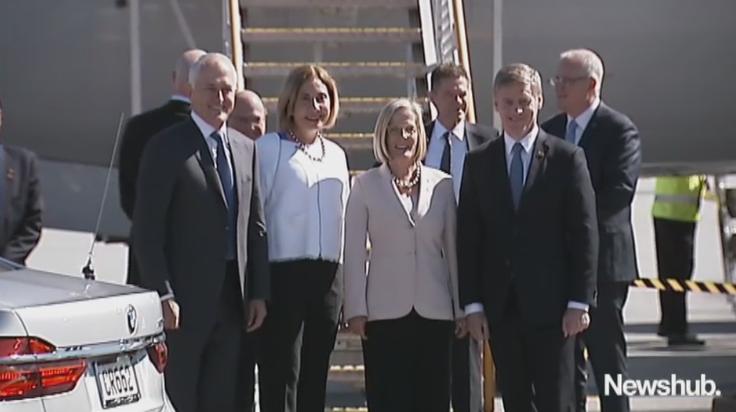 Australia’s PM has turned his back on the plight of Ordinary Australians devastated by natural disaster forced into Third World conditions through no fault of their own.  Sydney’s city slicker Turnbulls have no compassion for rural Australians, to even consider visiting the families whose properties have been razed to the ground in central NSW.  Australia farmers don’t feature in Malcolm’s global innovation fantasies.  But be sure, Malcolm and Lucy will be treated to New Zealand farmers’ produce and wine this evening in the Queenstown Hilton.  NZ wagyu?  Marlborough sauvignon blanc? 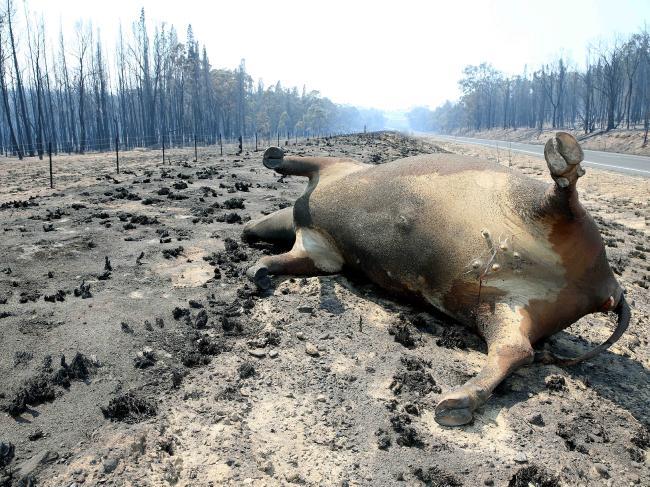 No beef left in Uarbry

We don’t see socialite Lucy out there in real Australia talking to poverty-stricken Australians, now destitute.  Lady Lucy’s all Sydney-centric and hell-bent on globalizing Sydney into a bizarre Shanghai-style megalopolis times three. 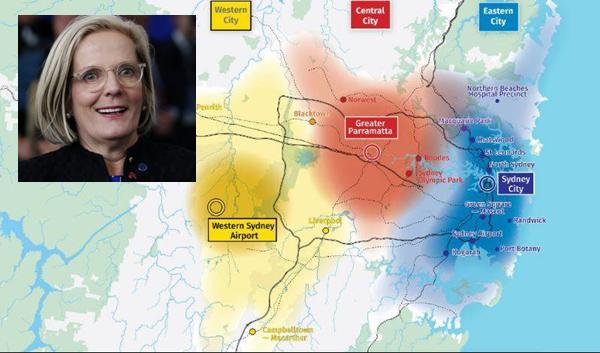 Globalist elites in their heady foreign focused ideology dismiss locals as parochial, but who voted them in?  Charity begins at home and it is only true nationalists and patriots who locals can rely on to look after local interests, especially when the shit hits the fan.

Globalist notions of “free trade”, “diversity”, “multiculturalism”, “political correctness”, “neoliberalism”, “cosmopolitan”, “innovation” – all mean diddly squat when you’ve got no job, no means, and no bloody roof over your head. 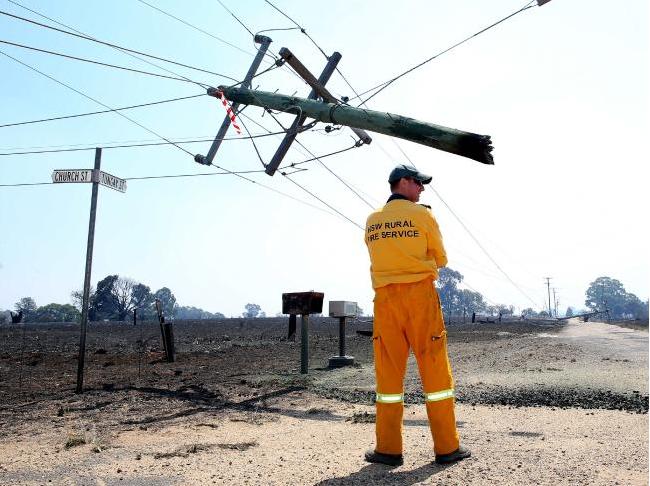 Many Australians yearn the day when millionaires Mal and Lucy retire back to their palatial Point Piper digs and hopefully fall in the sink hole on the way.