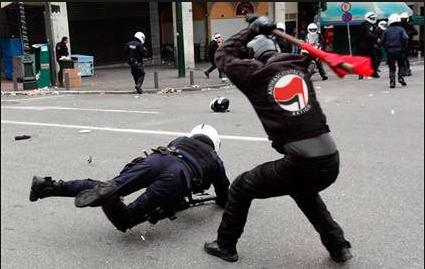 One of the oddest trends in the so-called ‘anti fascism’ by the anarchists and Antifa generally, is the use of Australian servicemen images from the Second World War.

They would falsify the character and the politics of the Australian military of those years and try to equate it with their attack upon all aspects of the Australian heritage and identity. Basically, they are saying that if Aussie servicemen fought ‘fascism’, then they are doing their job in the modern period.

Last night, the Sparrow out at Monash University’s Slackbastard Faculty decided to co-opt Nancy Wake, the White Mouse’ of legend. It is a matter of history that Wake fought in France as a Resistance Fighter. She was tortured by the Gestapo and narrowly escaped execution. 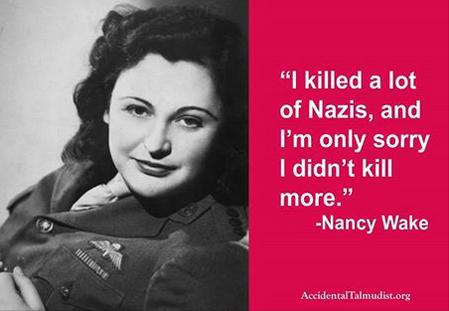 However, Nancy Wake in her post war life in Australia was a strong critic of immigration. Perhaps, as even we may say, she got some of her arguments wrong, but it was the errors of a patriotic person.

Wake questioned the abandonment of the White Australia Policy privately in the 1960’s.

In 1988, she attended the national congress of the RSL and set off a furore

At the age of 75 Nancy Wake said that the Italian, Vietnamese and other ethnic communities did not love Australia and would not defend it in times of need:

“They come in here, they want to have their little Vietnam, to have little Italy and little anything. Then they want to change our rules.”

An Asian RSL sub-branch spokesman said at the time: “She came to defame the ethnics including the Italian, Japanese, Chinese and Vietnamese.”

We would say her comment on Italian migrants was based on war experience (she would probably have opposed German migration too); however, her other comments were more than salient.

The president of our party, Dr. Jim Saleam, when contacted by us this morning said:

“I recall a cryptic quote in a major paper about 1986 or 1987 that she understood the activities of the nationalist organisation National Action.”

Nancy Wake could only regard anarchists and Antifa as a pack of trash out to undermine the identity of the Nation. Her epitaph might read:

“I would kill a lot of Antifa, I am only sorry I cannot carry that out.”

“I guess we have to accept the Japanese dollar and the Japanese tourist, but I’ll be damned if I am going to stand by and watch as signs are erected in Japanese.” by Nancy Wake (1987)

Our mate quipped about the Antifa and their values:

“By their logic, I was a fascist for what I believed about my country and my race in those days. So I suppose I was in the biggest fascist party Australia has ever seen – the AIF”. 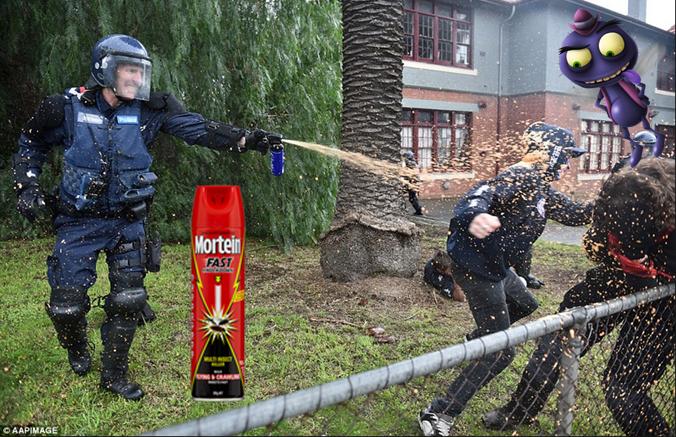