Winston Churchill sacrificed Australian soldiers in 1915 at Gallipoli (some 8,709) then again in 1941 at Singapore (14,972 in Changi Prison and the Japs slave Thai-Burma Railway) because we were expendable fodder. 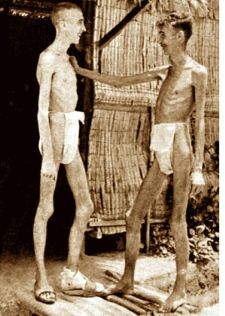 Let’s reflect on one individual Australian soldier at this 75th anniversary of Britain’s abandonment of its colony and allied soldiers to the barbaric Third World Japs.  Japs will always be despised filth to true Aussies, deserving of all the atomic bombs America could eliminate the slimy yellow  plague with. Tokyo and Kyoto should have been first.

Len Siffleet, a special operations soldier who became well-known for the manner of his death, was born at Gunnedah, New South Wales, on 14 January 1916. 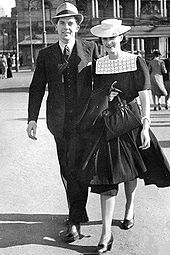 A keen sportsman, he became a good swimmer but also enjoyed less physical pursuits; he once outfitted the Gunnedah pipe band with highland hose that he had knitted.

In the late 1930s Siffleet moved to Sydney in search of work and was rejected by the police because of poor eyesight. Whatever defect marred his vision it was not sufficiently serious to prevent his being called up for the militia in August 1940. He served with a searchlight unit at Richmond Air Force Base but was released after three months and returned to civilian life.

After his mother’s death in 1941, he and his sister, Pearl, took responsibility for bringing up their two youngest brothers, a task made necessary by the itinerant nature of their father’s work. In September 1941, Siffleet joined the AIF and was posted to the 1st Division Signals Company at Ingleburn. He twice went absent without leave, possibly to see the woman to whom he had become engaged, Clarice Lane.

Siffleet went on to complete a specialist signals course at the Melbourne Technical College before volunteering in September 1942 for special duties, joining Z Special Unit. In October he went to the Z Experimental Station in Cairns where Special Operations Australia trained its operatives. While Siffleet was training, the Dutch section of the Inter-Allied Services Department was planning a mission to establish a coast-watching station in the hills above Hollandia in Dutch New Guinea, recently occupied by the Japanese. Siffleet became the operation’s radio operator.

Siffleet was promoted to sergeant and transferred to M Special Unit in May 1943, but by then he and his party were trekking along New Guinea’s mountainous spine en-route to the north coast. In mid-September the mission, along with members of another special operations team travelling with them to Aitape, were discovered by New Guinean natives. Surrounded by a group of more than 100 locals, Siffleet fired on the attackers, wounding one, and managed to break free. He was quickly caught and, along with his companions, was handed over to the Japanese. He was taken to Malol near Aitape where he was beaten, interrogated – apparently revealing little of importance – and then imprisoned for two weeks before being moved to Aitape.

Just after 3.00pm on 24 October 1943, after languishing in prison for several weeks, Siffleet and two fellow prisoners were marched to Aitape Beach. Kneeling before a crowd of Japanese and New Guinean onlookers and wearing blindfolds, the three prisoners were beheaded and buried. 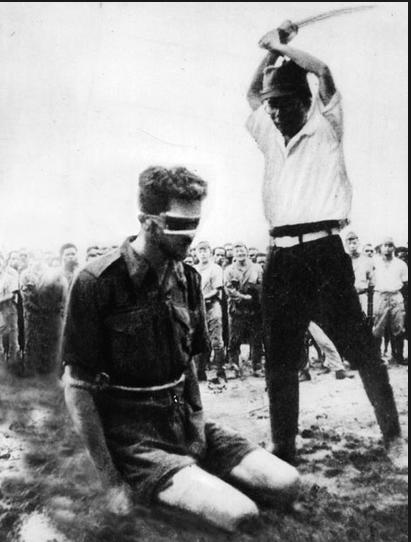 A photo of a Japanese civilian holding a sword over a haggard looking prisoner captured the last seconds of Siffleet’s life. It was found by American troops in 1944. The photo continues to be misrepresented as other victims of Japanese executions but its subject was positively identified as Siffleet in 1945.

Lest we never forgive the barbaric Japanese race.  Lest Australians never submit to another’s war and become their cannon fodder.

Lest we forget the 643 Australians and our American allies killed or wounded by the Japanese bombing of Darwin.

Who gives a shit about the invading Jap deaths?