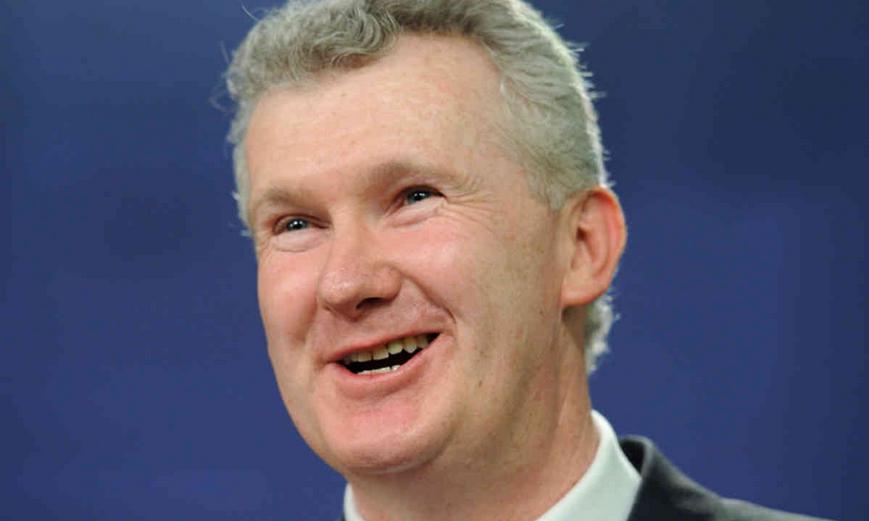 Burke and Burker:   “Why you going to the airport? Flying somewhere?” – extract from Lloyd in the film ‘Dumb and Dumber’, 1994. 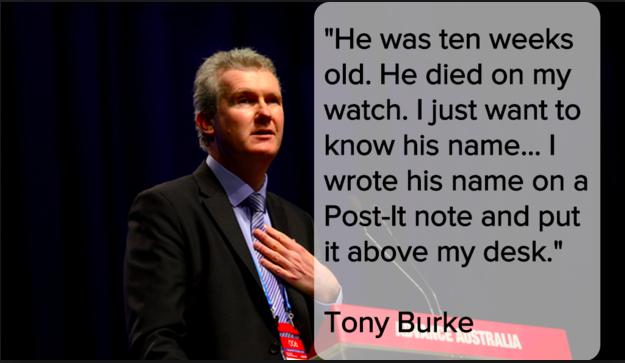 A Logie nominee performance or what?

Under the (berk’s) watch, what has he really delivered to Ordinary Australians?

Watson has been allowed to become Australia’s most concentrated seat of imported Islamics.  It includes Lakemba, Campsie, Greenacre, Canterbury, Roselands, Mount Lewis and Punchbowl.  Aussie locals across Watson have seen their neighbourhood swarmed by foreigners and become full-blown ethnic.

Tony Burke MP must now be the only White in the Watson village.

But that is now likely short-lived, now that all the immigrant underemployed have read about Burke treating them as mugs and playing some fabricated ‘Marquis of Watson‘.

The Burke jetsets off to Monaco, Spain and Italy as if he’s entitled to some aristocratic 17thC Grand Tour. Then he has an affair with his staffer and so she gets all her travel costs included in Burke’s ministerial travel extravaganza, expected to be auto-funded by Aussie taxpayers.  Burke in 2012 had separated from his wife.

A younger Cathy Bresnan (36) became a public item in 2013, but was this before or after as a 43 year-old, greying but rich Burke had met his younger staffer, seven years his junior? 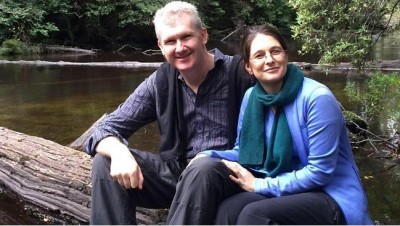 As a parliamentary ‘item’ we are jointly entitled to rort taxpayers.

In January 2009, the Burke travelled with Ms Laris in his role as agriculture minister to attend a forum in Barcelona known as “Food Security for All”.  Both travelled first-class along with two departmental officials with Mr Burke’s expenses for the six-day trip totalling $48,951.

Burke took a fancy and quickly promoted her from Adviser to his Chief of Staff in 2009 when she was just 33.  Cradle snatcher!    Burke stipulated that she accompany him on all of his domestic and overseas trips.

Laris claims on her LinkedIn account that she was appointed chief of staff to Mr Burke in January 2008, but as Burke’s spokesman has said, she did not hold this position at the time of the Barcelona trip in January 2009.

Apparently, Ms Laris’s marriage broke down in late 2009. At the time, Burke was married to Ms Bresnan-Burke, who was his partner of more than 20 years.

Ms Laris also accompanied Tony Burke in April 2009 on a 14-day trip to China and Italy to attend the Boao Forum for Asia and the “G8+G5 Outreach session” of the G8 agriculture ministers’ meeting. Mr Burke billed the taxpayer $58,722 for this extended tour.

Laris left Burke’s office in March 2011 to join the Leftist activist group GetUp! (conveniently out of the ALP spotlight), but then in 2012 she managed to get the gig of Director of Digital for the Labor Party out of notorious faceless Sussex Street, in Sydney.

In his capacity as finance spokesman, Tony Burke has led the attack on the Liberal’s Parliamentary Speaker Bronwyn Bishop MP, but a close examination of his expense claims reveals a host of excessive and questionable items.

Tony Burke last month instigated his personal vendetta against Bronwyn Bishop, to condemn her for her aristocratic indulgence of parliamentary entitlements.

Burke was politically all about payback for Bronwyn Bishop’s uncompromising ejections of delinquent Labor MPs from parliament, including of the Burke himself. 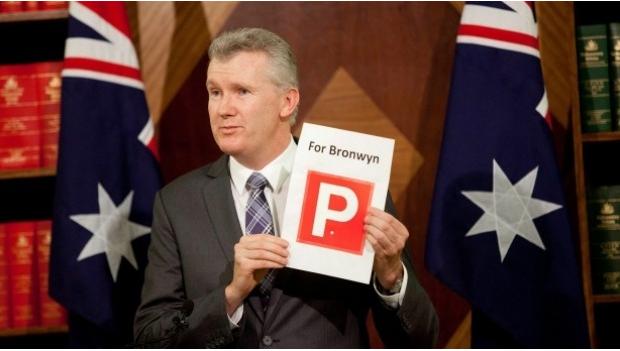 Bronwyn Bishop was abandoned to the lily-livered forced to resign in disgrace last Sunday.  It was not before time. We had observed she was embellishing too many pearls. But Abbott was weak under Labor’s street-fight tactics.

Burke got his personal vengeance against the Liberal Speaker..and suddenly all Leftist media backed off the topic. 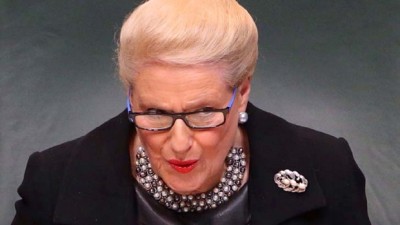 Over-pearled, but what of its hairdo entitlement?

Many similar rorting MP in Liberal and Labor ranks have gone to ground, deflecting the public political bone pointing.

Of late, both Liberal and Labor rorters alike have closed ranks behind Liberal Education Minister Christopher Pyne, dismissing all media scrutiny of MP expenses as what Pyne deflects as some ‘Salem witch trial‘.  He would.  That’s because Pyne fleeced Aussie taxpayers of $7000 so his family could luxuriate in Business Class from Adelaide to Canberra just to watch ‘Pynee’ froth in parliament.

In 2010, Pyne and his family claimed more than $5000 in travel expenses for a family visit to Sydney for the week between Christmas and New Year’s Eve.   Pyne and three family members flew from their home in Adelaide to Sydney on December 25 and returned on New Year’s Day 2010, records show. Pyne’s office would not say if the three $1200 flights were business class.

In addition to flights, Pyne claimed about $230 in “official business” travelling allowance for December 27 and 28 and $700 for use of a Commonwealth car in Adelaide and Sydney, including the day the family flew out. 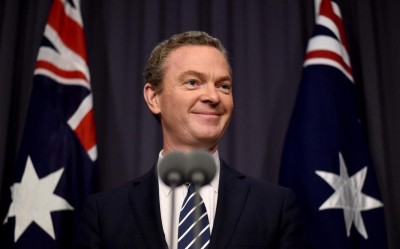 But true to Leftist lily-livering, Burke can dish out his vitriol, but can’t take it.  Burke has been similarly exposed for taxpayer his habitual serial rorting as a classic hypocrite with not credibility.  He has now himself come under fire for charging taxpayers to send his family on a business class trip to Uluru in 2012 and billing a Comcar to transport him to a Robbie Williams concert last year.

Did Tony Burke need to charge taxpayers for his family’s business class flights?  What is the average income of a voter in the Seat of Watson?

It is only a matter of time before Labor Party branch stacking dumps its Burke and installs a vote-buying Islamic Mufti. Labor has no Australian loyalty left. It is all about its Machiavellian self-preservation.

Burke was Labor’s Immigration Minister during the Rudd/Gillard Era (2007-2013) when thousands of boats were arriving under Labor non-border laws, which ended up costing Australian taxpayers beyond $11 billion. The opportunity cost of this would have funded the National Disability Insurance Scheme without the rorting by non-citizens. Most were Islamics and so many would have ended up in Lakemba.  So many illegal boat families in Watson are indebted to Tony Burke.

Burke was a minister in the Rudd and Gillard Labor Governments that spent so recklessly they left us with a net debt of $153 billion.

He was a minister in the Labor Government that locked in so much wild and unfunded spending that even today, after all the spending cuts of the Abbott Government, we still spend $96 million a day more than we earn.

Tony Burke MP was appointed Arts Minister by PM Julia Gillard on March 25, 2013.  Gillard announced her so-called ‘Creative Australia Policy’, and Burke was commanded to go forth to “engage with stakeholders about the new policy”.

Records show that Burke ripped straight into a nationwide ‘polly junket’.  Between March 26 and May 8 2013, Burke held 200 arts industry lavish functions, flying between each in Sydney, Melbourne, Canberra, Adelaide, Brisbane and Hobart.  Some of the functions were attended by as few as 20 “stakeholders”.  Burke managed to attend two functions in different cities on the same day.  Someone had to do it.  It was “an effective way to meet stakeholders”. 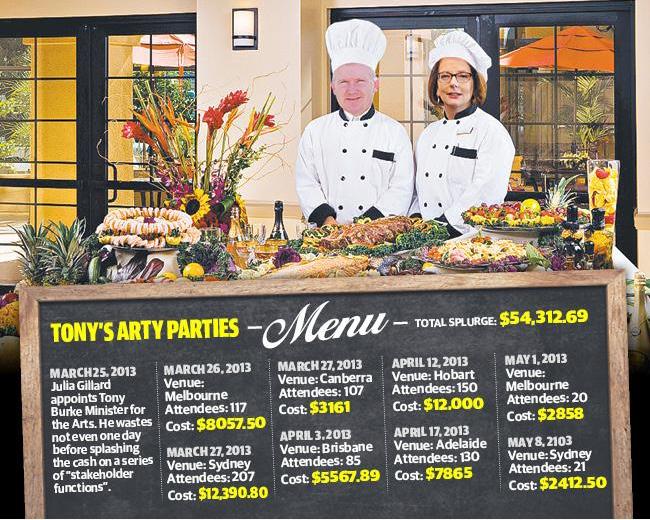 The Burke squandered a total of $54,312.69, funded by Australian taxpayers. His department’s booze bill alone exceeded $20,000.

Art or play?  Polly functions are the entitlement tastebuds of the beholder. 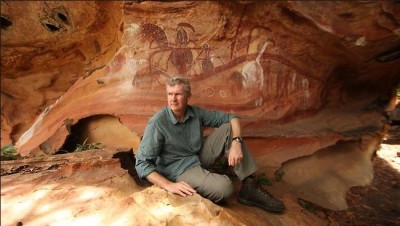 Like me Burke pose?  Here I am with family on hols, doing it real tough in First Class out to Ayres Rock, and work’n hard for me ethnic constituents back in Lakemba, not!

But Burke, despite having been publicly exposed for his taxpayer rorting, is standing by his family’s privileged entitlement to fly First Class, although Burke declares that he will repay the $94 in Comcar limousine expenses that he claimed to attend a Robbie Williams concert.

Big of the man!

Indeed, Labor sources say Burke has pushed the envelope on expense claims and this is why his records show numerous repayments over the years.

Burke has put in some of the highest claims for office facilities, averaging more than $280,000 a year for the past three years.  And he attacks a $5000 helicopter splurge by the Libs?  What a friggen hypocrite!

There is a novel in all of this.