It has been revealed that Labor’s Shadow Minister for Foreign Affairs and Deputy Leader, Tanya Plibersek MP, and her chief of staff Ms Bronwyn Taylor, on Monday, 16 June 2014 met secretly with Middle Eastern group, the Assyrian Universal Alliance, in Canberra. 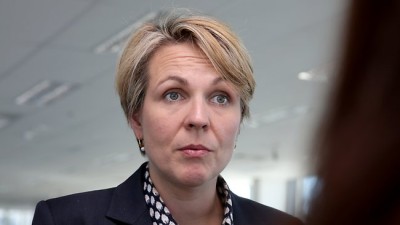 Plibersek, a card-carrying socialist, Emily Lister, and general pink galah of Labor having been recently corrected for calling Africa a country, had to be corrected for calling the Middle East a country.  In the meeting she told delegates that she hadn’t heard of Assyria, but had heard of Syria and thought that Islamic State of Iraq and the Levant (ISIS) were in charge, according to her chief of staff.

In a series of meetings the delegation headed by Mr. Hermiz Shahen, Deputy Secretary General of the Assyrian Universal Alliance, agreed with Plibersek and co to help create a self-governing State of Assyria on the Nineveh Plain in northern Iraq.

That would probably mean replacing ISIS with Assyria.

After a brief introduction by the Hon Chris Bowen MP, Mr Shahen expressed the concerns of Australian Assyrians, about the future of the Christian Assyrians, the original and indigenous people of Iraq & Syria, and their plight in both countries. The delegation requested urgent attention to the escalating developments in Iraq most recently due to the seizure of many cities including the city of Mosul and its surroundings, by the Islamic State of Iraq and the Levant (ISIS) “an extremist Sunni Muslim group”, which has brought a humanitarian disaster to the Christian Assyrians who still remain in the city and in the nearby towns and villages.

The Assyrian delegation called upon the Australian Government to endorse and support the Nineveh Plain Province Solution, which entails the development of a self-governed Assyrian province in the Nineveh Plains in Northern Iraq.

“I hope that these meetings will achieve positive outcomes for the interest and needs of our Assyrian people in Iraq,” Mr Shahen said.