The Chinese invasion of Australia is in full swing.

Greenland Holding Group, a corporation owned by the City of Shanghai and billionaire Zhang Yuliang, is to buy up the public housing areas of Sydney’s Waterloo precinct. The current 4000 tenants will be moved on and the area re-developed to house up to 12,000 foreign (Chinese?) students. 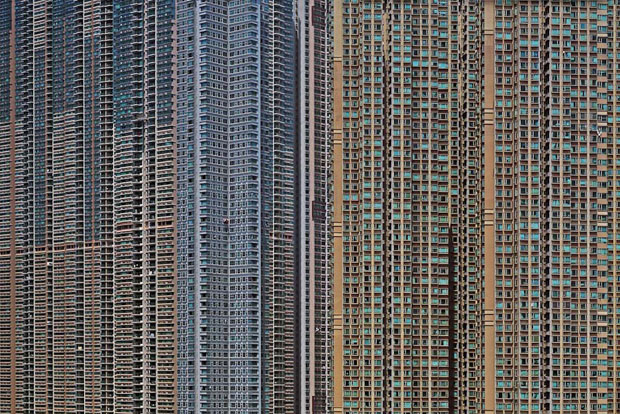 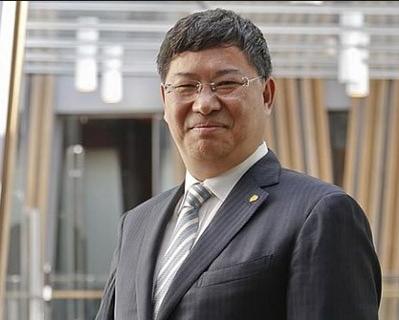 “Australia is very important to us, besides the four projects that we have already here, which are worth over $1.4 billion, we are now discussing some other projects. We expect our investments to get bigger.”

Zhang is one of a host of Chinese property tycoons who has poured money into Australian property development in the past two years, often paying a premium to outbid local groups for sites. China’s richest woman, 33-year-old heiress Yang Huiyan, has led Country Garden into Sydney’s North Ryde with a $500 million project, while Shaoqun Tan’s company, Fuxing Huiyu Real Estate, is launching $550m worth of apartments in Parramatta in the city’s west.

The most recent cashed-up entrant is China’s richest man, Wang Jianlin, who is estimated by Forbes magazine to be worth more than $US16 billion. His Beijing based company Dalian Wanda Group announced last month that it would create a $1.7bn Australian arm, to be seeded with a 55 per cent stake in the $1bn three-tower Jewel apartment and hotel complex on Queensland’s Gold Coast. Wanda’s joint-venture party in the project is another Chinese company, the Ridong Group from Zhuhai in Guangdong province. 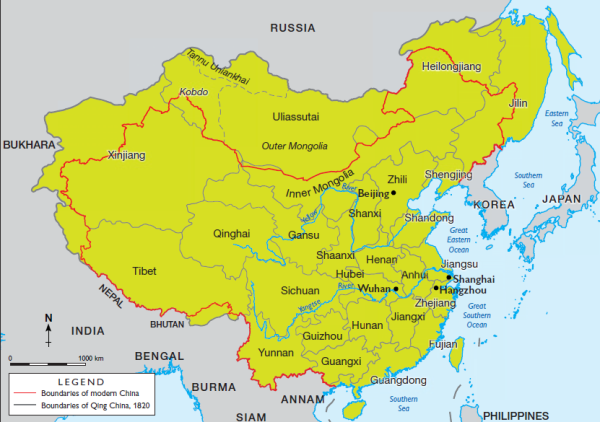 Zhang’s Greenland, which is owned by an arm of the Shanghai city government, has been on the tip of the tongues of most property players since it arrived in the local market less than 18 months ago. In its first project, the group is turning an aging Sydney CBD office building into the city’s tallest residential tower worth $600m.

It is also preparing to launch the sales for two suburban Sydney projects and aims to build up to 1500 apartments on a site it bought next to Melbourne’s Flemington racecourse. The company has also teamed up with James Packer’s Crown Resorts to bid for the chance to develop the multi-billion-dollar Queens Wharf casino, hotel and apartment project in the Brisbane CBD. The Queensland government will choose the winning party by the end of the year.

Born in Shanghai in 1958, Zhang was the director of the residential department of the Shanghai government’s agricultural committee before setting up Greenland Development in 1992 with funds from the city government, which still owns 51 per cent of the company. He has been at the helm through the company’s 22-year rise.

Last year it reaped a global revenue of about $55bn. Zhang is not afraid to weigh in on Australia’s debate about foreign buyers locking locals out of the market. “Being a wise country (Australia) should be open towards the world. New York, Los Angeles and London are all facing the same problem (of high house prices) and they are all open towards (foreign buyers). This is where the charm of the cities are and is a normal requirement for the market. China and Australia have a strong complementary economic situation, which is why the Australian government should be more open towards Chinese investors.” 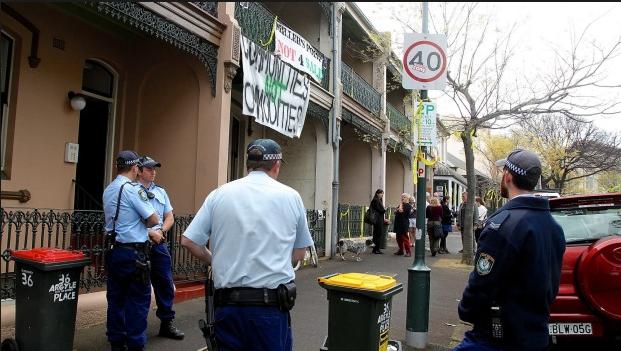 Peter Arkell, chairman of the Australian Chamber of Commerce in Shanghai, says Chinese business leaders make decisions for long-term gain, more so than Australian leaders, which is why it may appear that Chinese groups often overpay for Australian development sites. “It may appear at times to be bullish but I think there is something more considered about this. If we are looking at an acquisition we might think, ‘Oh god, they paid over the odds for that’. But that’s in the context of today’s prices without a view or an understanding of the (companies) long term (plans).”

The arrival of Wang Jianlin’s Dalian Wanda Group this year represents another big step forward for Chinese investors here. The well-connected Wang is the vice-chairman of the All-China Federation of Industry and Commerce and has been a member of the Chinese People’s Political Consultative Conference, a political advisory body to the central government, since 2008. He served as deputy to the 17th National Congress of the Communist Party of China in 2007, under then-president Hu Jintao. Forbes says the Wanda Group owns 71 Wanda shopping plazas and 40 five-star hotels in China. Last year, Wang flew in Hollywood stars Nicole Kidman, Catherine Zeta-Jones and John Travolta to launch an $8bn Oriental Movie Metropolis in the Chinese coastal city of Qingdao.

CBRE’s Richard Butler, who has sold local property to Chinese buyers for more than 20 years, says there has been a big push for Chinese companies to internationalise over the past three years. “They are extremely forward thinking in their desire to spread their equity around the world. These groups are often comfortable with Australia because of educational ties.” Butler says that Chinese property leaders take long-term relationships very seriously. “If you get their confidence they’ll deal with you time and time again. You don’t just say: ‘Here is a property, buy it.’ You say: ‘Here is a property and this is the profit you’ll make for these reasons’, so that they buy again and again and again.’’ 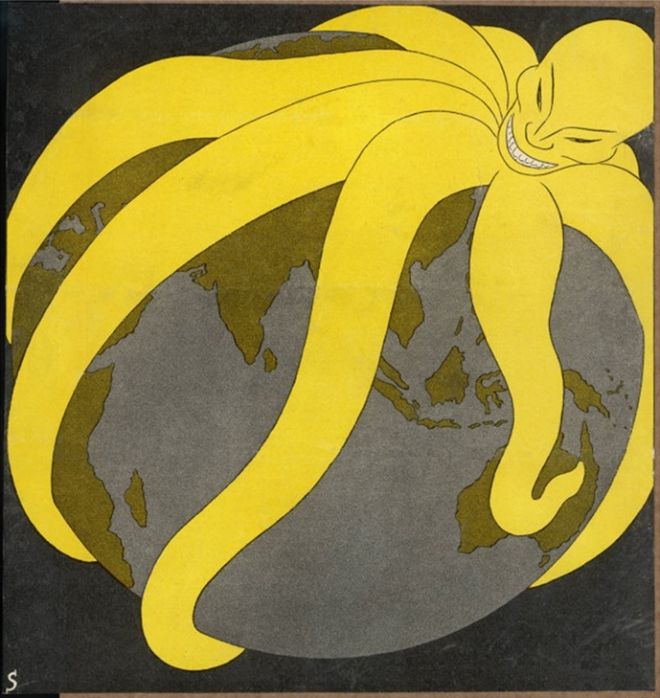 There are economic reasons for the recent global spread of Chinese property companies. Groups such as Greenland and Wanda grew into multi-billion-dollar empires on the back of China’s rapid urbanisation over the past two decades. The movement of about 300 million people from the regional areas to the cities sparked a boom in apartment development, and property and related services grew to make up more than 16 per cent of gross domestic product, around double the rate of the Australian economy. But the Chinese residential market is slowing, and companies that are eager for the same growth trajectory are looking abroad.

According to data released by Capital Economics, home sales in China dropped close to 18 per cent in the year to July while unsold apartments in new developments increased by 25 per cent. The Australian market, meanwhile, has continued to improve, with Sydney and Melbourne in the midst of an apartment boom, with prices in the year to June increasing by 15.6 per cent and 9.3 per cent respectively, according to the Australian Bureau of Statistics.

Shaoqun Tan, the chairman of Fuxing Huiyu Real Estate, says the Chinese government has actively encouraged big real estate companies to expand overseas so that they can keep growing without overheating the local market. Under the banner Starryland, Tan’s group, which is based in the Chinese province of Hubei, west of Shanghai, entered the Sydney market this year and is developing the $550m Promenade Parramatta apartment project. The apartments range from $399,000 to $900,000, with real estate firm Savills handling the sales campaign. Tan says Australia is the first country in which his company has expanded. “We were drawn to (Australia) by its strong residential real estate market, stunning natural environment and good long-term economic growth prospects.”

Fuxing Huiyu was established in 2001 as the property arm of manufacturing company Hubei Fuxing Science and Technology. “I foresaw the strong future of this industry with China experiencing a large demand for urbanisation as millions of citizens were trying to increase their living standards,” says Tan. “It is certainly evident 13 years later that my career strategy was correct and my property predictions were accurate.” He says he is “motivated by constant progress”. “I get the most satisfaction implementing outside-the-box ideas that ultimately end up proving their value. I like to be constantly challenged.”

Australia’s most prominent apartment builder, Meriton founder Harry Triguboff says Chinese development groups have changed the building landscape over the past two years. He says there is more competition for sites and that the NSW government has responded by releasing more land for development. “On the one hand, we have the problem of having more purchasers, on the other hand we have more supply,” he says. “The fact that we have more (developers) doesn’t worry me because if (a site is stalled for development) I’ve got somebody to sell (the land) to.”

He says, “(Chinese developers in Australia) are just beginning. The big developers will take time to really develop.” He thinks the increase in Chinese developers will be a good thing for Australian cities. “If we didn’t have them the cities wouldn’t grow as fast as they are growing,” he says. But he was tight lipped on sharing advice on how to succeed in the local market. “You’ve got to look what I’m doing and do the same,” he says. Earlier this year, The Australian revealed Triguboff, 81, was considering selling his $6.25bn company to Chinese giant Country Garden. Triguboff said in May: “I am of great value to them — I have all the land.” But it is not yet known whether a deal will proceed.

Yang Huiyan’s Country Garden is based in the Guangdong province, across the border from Hong Kong. Yang, who is worth $7.2bn, has a 70 per cent stake in the company founded by her father, Yang Guoqiang, in 1992. Yang Guoqiang, who built the company from scratch, grew up as a peasant and worked as a bricklayer and construction worker in southern China. He passed control of the company to Yang Huiyan, his US-educated second daughter, in 2005. Two years later it listed on the Hong Kong Stock Exchange, making five of its shareholders billionaires.

Yang senior is still the chairman of the company which is ranked 633 on the Forbes Global 2000 list. Just like Greenland, Wanda and Fuxing Huiyu, Country Garden is here for the long haul. It wants to be a major player and like other big Chinese property com¬panies, it has the cash to back it up. Country Garden Aus¬tralia managing director Johnson Zhang told The Australian the $500m Ryde Gardens project was a “modest” start and it would look at much bigger projects. And what could be bigger than buying Triguboff’s Meriton?

The Chinese development will break up the social networks of the residents and throw them elsewhere into unfamiliar areas. Greenland has other large developments on the east coast of Australia.

Chinese imperialism is conquering the inner city areas of our large cities and seizing other prime real estate.

Australian nationalists and their party Australia First Party must become active on this question. 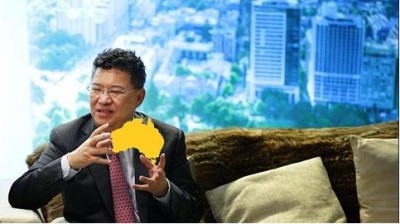