He is remembered by many Australians as racially denigrating us in 1980 as “the poor white trash of Asia“.  Li was just jealous. His tiny kingdom of Singapore would fit inside Melbourne’s Port Phillip Bay with plenty of room to bounce around.  Australia is a European-settled nation. We are not Asian.

Europeans seconded to Singapore must bend over for the corporate elite else be quickly sent home.  Singapore has no natural resources; just a convenient place as a shipping hub – like a London Far East outpost.  It has only made its money as a banking and tax haven and because once a British colony – they speak English.  Singapore’s economy was initially built by elite white British mercantile companies in the same imperial vein as Boston, Jamestown, Port Elizabeth, Sydney, Hong Kong and Bombay.  40% of Singapore is foreign. Underpaid Filipino migrants do all the dirty work.  It’s nothing to do with any mythical economic asian tiger.  If the British industrialists were to abandon Singapore, the island would collapse into typical asian Third World corruption and infighting like after the smart Whites abandoned post-apartheid South Africa.

Anglicised “Harry” while he attended Cambridge, Li studied law but never read Dale Carnegie or ‘The Art of Tact and Diplomacy’. Li returned to Singapore and with powerful Li family connections, an iron fist and micromanagement proceeded to enslave Singaporeans into his personal nanny state, using law to sue his political opponents into bankruptcy or oblivion.  He probably read Animal Farm and aspired to emulate Orwell’s main antagonist ‘Napoleon‘. 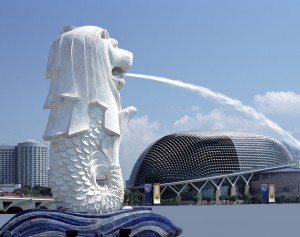 Singapore’s white Merlion must then be trash, else paint it yellow.

His “Singapore model,” was authoritarian, centralizing power, exploiting economic liberalism, suppressing political opposition, free speech and the media.  The asian racist bastard was a dictator and used his Li family power and influence to get his way.  “We decide what is right. Never mind what the people think.” – Li in 1986.   The Li Family controls many Hong Kong based multinational corporations.

Last year Apple reported pretax earnings in Australia of only $88.5 million after it sent an estimated $2 billion of income from its Australian sales to Ireland via Singapore. 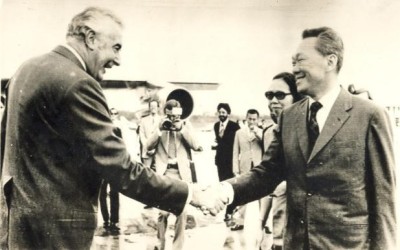 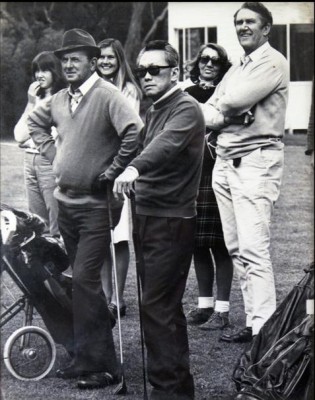 Malcolm Fraser like Gough Whitlam shared the same neoliberal, globalist and multicultist ideologies as if they were in the same political party.

They bent over for Lee Quan Yew at Australia’s expense.

For many Australian expats, the only good thing about Singapore is getting off the island of elitists, highrise and sweat.  It usually takes a few years to realise the real shonky Singapore belying the clean slick façade, secretly controlled by the Li Dynasty. 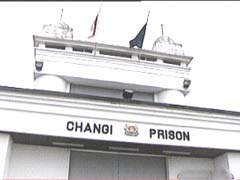