Many Australian men and women have honourably served our country variously in Australia’s Defence Force.

Today, official parades and ceremonies were jointly organised by the Australian Government in all capital cities around Australia inviting the Australian public an opportunity to thank our Australian Defence Force personnel who have recently served on this occasion in Afghanistan.

For the many who paraded and the many who didn’t – frankly it matters not.  For the many in the capital cities, regional towns, out bush or even overseas – frankly it matters not.  Australians irrespective, certainly say thank you for your national service.  Your national service is recognised, respected and we are grateful. Most could not have done what you applied for, got accepted, graduated and then signed on for active foreign service.  Never forget this!

In Australia’s Army, Navy and Air Force, it is a proud privilege to have served Australia.  It is a due reward to savour Australian civilian life again. Australia is the best place around. 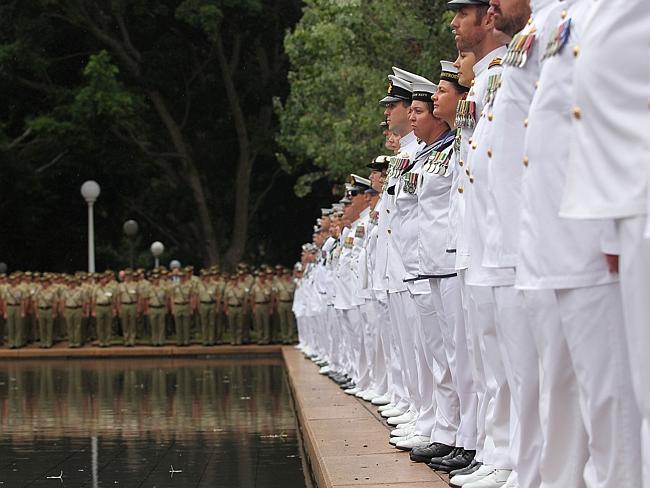 A dedicated place to remember Australia’s fallen – publicly or privately, it matters not.

In Sydney today a ceremony was held outside the ANZAC Memorial around the Pool of Remembrance in Hyde Park unveiling a plaque to recognise Mustafa Kemal Ataturk’s words of comfort to the Anzac mothers who lost their sons in Gallipoli in the Great War.  Having the official support of the Turkish Government, this plaque recognises the enduring friendship forged between the people of Turkey and Australia, who fought on opposite sides of the Great War, exactly a hundred years ago.

Closer to home, and less politically correct, we recall Australia’s own Henry Lawson – more relevant to those Australians who entrusted government and so served; to their families and to their family of friends:

“Oh, my ways are strange ways and new ways and old ways, And deep ways and steep ways and high ways and low, I’m at home and at ease on a track that I know not, And restless and lost on a road that I know.”

Whatever the government ‘organises‘, Australia’s returned service men and women unconditionally join the rank of our Anzacs – a lifetime honour, whatever one chooses to do in real life hereon.