ABC TV’s New South Wales standup host, Juanita Phillips, used commentary in her on air public report to prejudge the trial of one Roger Rogerson.  Immediately following the 7pm ABC news programme, was run the ABC 730 programme, hosted by pre-empting Sarah Fergusson, twisting the knife on the accused and his background.

Rogerson, irrespective of guilt, is through omnipotent ABC propaganda, now irrevocably condemned to guilt by the Australian public through two fake blondies.

CEO of the Australian Broadcasting Corporation, Mark Scott, has stepped well out of line again.  He seems to have declared himself and the ABC to be judge, jury and executioner of all news as dictated.

NSW and Queensland police had been searching for Rogerson over the death of the 20-year-old, who is believed to have been murdered last week after a large-scale methamphetamine deal went wrong.

Police confirmed this afternoon that a body found floating off a Cronulla beach yesterday morning was that of Mr Gao. Rogerson was swamped by media as he left his Padstow home in handcuffs this morning and did not discuss the investigation.”

The ABC is clearly failing on its charter here to be objective and independent.

In the Roger Rogerson case, there needs to be a commission of enquiry over a mass of evidence to settle evidence into this current matter as well as previous matters including Rogerson’s perjury associated with the 1978 Ananda Marga case, and with the 1979 Croatian Six case.  That all six confessed in the latter raises illegitimate tactics by Special Branch and ASIO. 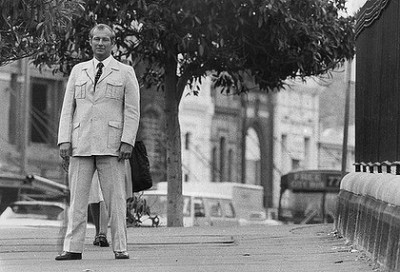 The 1978 Ananda Marga case draws upon the still unresolved February 1978 Sydney Hilton Hotel terrorist bombing linked to a wealthy Indian religious sect Ananda Marga. The bombing is the worst terrorist attack to have ever taken place on Australian soil.

The group was also accused of being involved in a 1977 attack on an Indian diplomat in Canberra and the stabbing of an Indian airline worker in Melbourne a month later. Members of Ananda Marga were suspected of acts of terrorism in retaliation for the jailing of the sect’s founder and spiritual leader Prabhat Ranjan Sarkar in India.

Suspicion also fell upon the sect after a bomb killed three people, including a police officer, and injured 11 others outside the Sydney Hilton.  Paul Alister, now a teacher at the sect’s Queensland school, and two other men, who served time for conspiracy to murder a Sydney-based Special Branch paid agent inside the patriotic groups, were linked to the bombing by a 1982 coronial inquest.  But the trio were pardoned, released and awarded $100,000 each in compensation in 1985.

Rogerson is indelibly linked to the case as is Special Branch and ASIO. And it is an outcome of their collective involvement as to why the real bombers have never been convicted.

Then there’s the case of the Croation Six a year later in 1979, in which six Croatian men were arrested on terrorist charges for conspiring to blow up various targets also around Sydney.  Rogerson is indelibly linked also, as well as Special Branch and ASIO.

Rogerson and his co-accused are wanted for this current murder/narcotics crime like the previous others.  But the ABC is not the trial judge, nor Mark Scott. 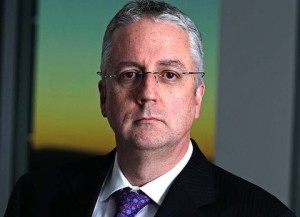 I know what is good for Australians, because my Leftist views are right.
Critics are irrelevant because Malcolm shares my views and he is Communications Minister.