Dr. Jim Saleam makes his candidacy announcement for the seat of Cootamundra at the birthplace of Henry Lawson, the father of the ideal of Australian Nationalism. 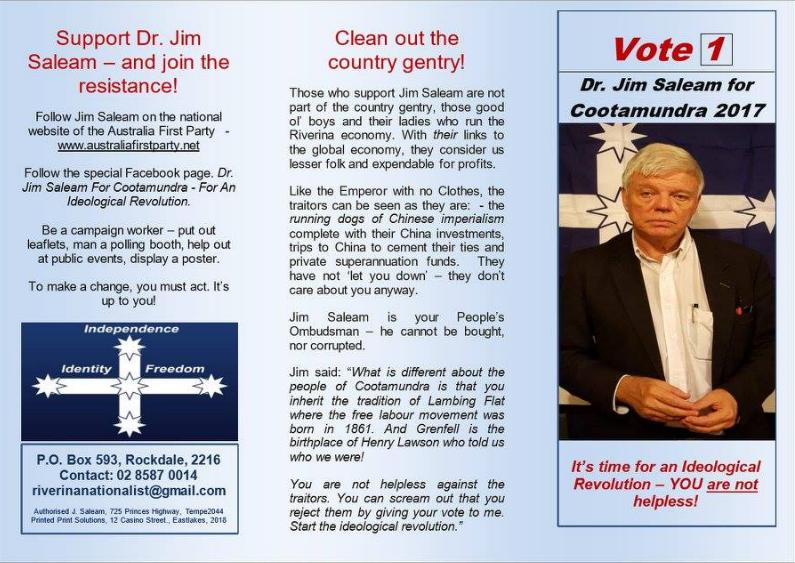 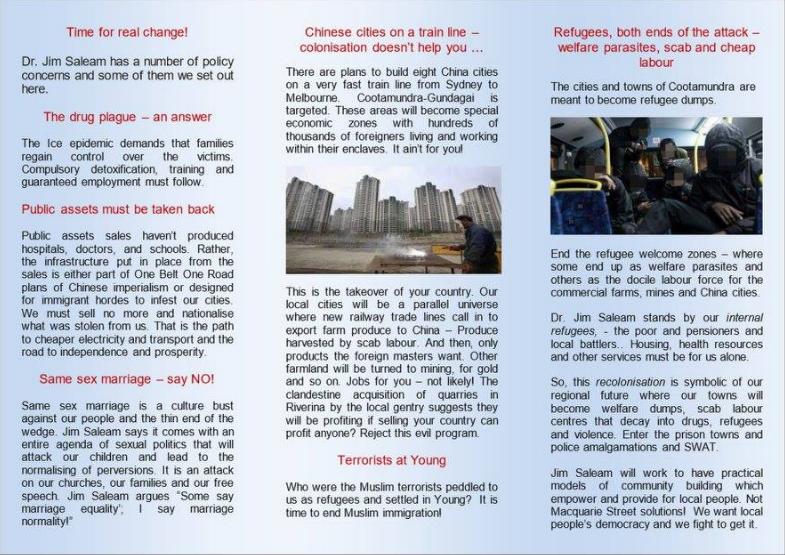 Freedom on the Wallaby

(Written for the “Worker”)

Australia’s a big country,
An’ Freedom’s humping bluey,
And Freedom’s on the wallaby;
Oh don’t you hear ’er cooey?
She’s just begun to boomerang.
She’ll knock the tyrants silly,
She’s going to light another fire
And boil another billy.
Our fathers toiled for bitter bread
While loafers thrived beside ’em,
But food to eat and clothes to wear,
Their native land denied ’em.
An’ so they left that native land,
In spite of their devotion,
An’ so they come, or if they stole,
Were sent across the ocean.
Then Freedom couldn’t stand the glare
Of Royalty’s regalia.
She left the loafers where they were
An’ come out to Australia.
But now across the mighty main
The chains have come ter bind her,
She little thought to see again
The wrongs she left behind her.
Our parents toiled to make a home,
Hard grubbin’ ’twas and clearin’,
They wasn’t crowded much with lords
When they was pioneerin’.
But now that we have made the land
A garden full of promise.
Old Greed must crook ’is dirty hand
An’ come ter take it from us.
So we must fly a rebel flag,
As others did before us,
And we must sing a rebel song
And join in rebel chorus.
We’ll make the tyrants feel the sting
O’ those that they would throttle;
They needn’t say the fault is ours,
If blood should stain the wattle.