Marcia Langton’s right as far as it goes; race-based welfare is perverted. So to end it, start with abolishing the anti-Australian Rights Commission – it only prosecutes White Male Australians – the ones who mainly fight to defend Australia and who work hard for what little they get.
However, back in 2012 Professor Marcia Langton, as the University of Melbourne’s Chair of Indigenous Studies publicly called for an end to race-based entitlement.

In a speech at the Melbourne Writers’ Festival, Professor Langdon proposed a social security and wider policy system based only on economic need, and not Aboriginality. She said it would help end a “perverted” sense of entitlement, as well as stop the perception that some Aborigines may be taking advantage of the system.

That may well be a start. We publish her speech for what it says.

However, Langton opened up another can of worms. She opted to call Aborigines “First Nations”. This is United Nations bunkum that sets up a special status for certain groups dubbed ‘indigenous’, but it opens up the obvious if seemingly silly issue – if there are first nations, who are the last nations?

Countries like Australia are being recolonised. The European nation becomes the Second Nation. Something else succeeds it and on the process goes.

And then, Aborigines did not live in nations. They lived in tribes. To dub them nations delegitimizes Australian identity and sovereignty, something hardly to the advantage of Aborigines. Other nations could proclaim the Australian state illegitimate and make their moves.
Professor Langton told some truths. She must now consider the bigger picture.

“The Constitution and scores of Parliamentary acts at the federal and state level define Aboriginal people as a race,” she said.

“And if we make that the definition of being Aboriginal … then a lot of rubbish in the policy world falls away.

“It’s not possible then for Aboriginal people to argue that perverted sense of entitlement to government largesse on the basis of race.

Professor Langton said these changes would mean less misinformation being spread about Indigenous people and welfare.

“You won’t have what Andrew Bolt, Pauline Hanson and so many Australians are angry about, and that is a resentment towards people claiming to be Aboriginal, purportedly in order to gain some financial benefit,” she said.

I heartily approve without any reservations. We are Australians and that is the end of the matter. There should be no exceptions based on colour, race or creed.

“Of course it’s not true in the main, but there is an element of truth with it. But my concern is not with them, my concern is with Aboriginal people themselves who add to their own distinctly unfortunate position in society by being complicit in what is essentially a racial construct and then not stepping up to the mark.”

Professor Langton said that some Indigenous people unwittingly and unconsciously allow themselves to be limited by race notions.

“Of course many Aboriginal people are awake to this problem and vote with their feet – they walk away from this kind of categorisation,” she said.

There’s a growing Aboriginal middle class who pay for their children to go to private school, for instance, and they don’t accept government benefits, and that section of Aboriginal society is ignored by the media and by the public and by government policy.

“There’s a growing Aboriginal middle class who pay for their children to go to private school, for instance, and they don’t accept government benefits, and that section of Aboriginal society is ignored by the media and by the public and by government policy.”

When asked to give examples of “rubbish” policies which might be eliminated under this new philosophy, Professor Langton drew on CDEP or “work for the dole” initiatives.

“The impact of policies like the Community Development Employment Program, which allows Aboriginal people to stay on the netherworld of welfare dependency as if that was some kind of real job and not be forced out into the economy to find a job – wages which are paid for by some actual productivity,” she said.

“Welfare dependency has a large reach in the Aboriginal world – much larger than in the rest of Australia – because there are so many programs, and all these programs are constructed, when you get down to the essence, on the belief that Aborigines can’t do it because they are racially different.”

But what of government policies which are designed to preserve Indigenous cultural heritage? Professor Langton says they would not be lost.

I am an Aboriginal woman with two teenage sons, please tell me where I can go to join this line for “black money”… I have never been eligible for welfare… To perpetuate the myth that the contrary is the case is bell ringing.

“If we define Aboriginal people as descended from the First Peoples, then yes, cultural heritage, language maintenance and a range of issues become very important policy issues,” she said.

“They have to do with the right to identify as Indigenous and to maintain cultural and linguistic traditions and other traditions like land traditions – and these are all set out in the Declaration on Human Rights.

“They would be legitimate policies argued on the basis of a first people status and not a race theory.” 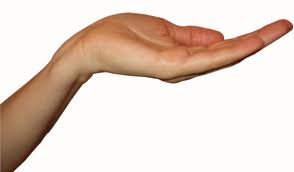 Welfarism is another leftard con toward their anarcho-utopianism