Australia’s National Rugby League boss Todd Greenberg is thrusting his sexual personal agenda down the throats of millions of Australians who just want to watch sport. Todd Greenberg’s unilateral decision to speak for the entire NRL sporting code – to back the YES TO DEVIANCE campaign for the Marriage Law Postal Survey is subjective, inappropriate, divisive and outside his brief. 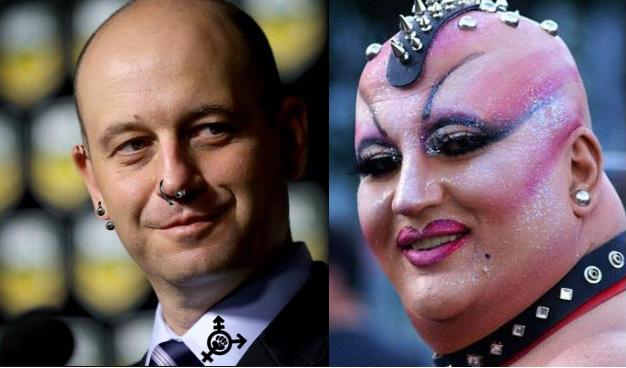 He has used $200,000 of NRL member funds to fly-in foreign rapper Macklemore (his real name is Ben Haggerty) with bad attitude and a history of heroine addiction to perform a homosexual ‘Same Love‘ anthem on centre stage on Sunday.  The song is Christian bashing hate propaganda.  It was written specifically in 2012 to sway a same-sex marriage campaign in the US state of Washington, and has since became the ­anthem for legalising deviant marriage across America.

It is overtly political, and NRL boss Todd Greenberg last week boasted that inviting Macklemore to sing was “one of the bravest decisions we’ve made”.

Todd Greenberg is specifically invited Macklemore to perform in front of tens of thousands of Australian families who just want to watch their sport, the biggest sporting match of the year – the NRL Grand Final in Sydney at the Olympic Stadium.  In doing so Greenberg has co-opted 80,000 fans in ANZ stadium unwittingly to participate in a massive propaganda exercise for the Yes campaign that will be televised to almost four million viewers.

That’s the equivalent of a $1.5m free TV ad for the Yes campaign, paid for by the ­ticket-buying public, more than 40% of whom are not YES voters.

What makes the NRL’s ­politicisation of the grand final even more egregious is the fact that an advertisement made by the No campaign to play during the game tonight has been banned by Free TV, the same mob who banned a Father’s Day commercial ­earlier this month for being “too political”.

Greenberg’s personal political decision to thrust the YES position down the fans’ throats, makes him unfit to run the NRL.

The sport is on the nose played at a time to suit sponsors, while AFL and foreign soccer are overtaking NRL in attendance numbers. 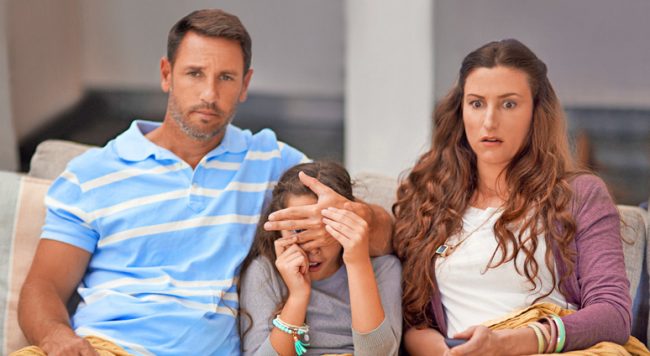 This is a partisan political hate campaign by Greenberg, set to alienate many NRL supporters. He has abused his position of trust and leadership, just like CEO Alan Joyce at QANTAS.

North Queensland MP Bob Katter says having Macklemore perform Same Love at the NRL grand final is “an offence” to rugby league fans. Katter, a league fanatic, is heading to the grand final this weekend to support his team, the North Queensland Cowboys, but says he is outraged and that NRL fans won’t be happy.

“If they [the NRL] take the most sacred day of the year, outside of Christmas, and use it to promote their sexual proclivities, that is an insult and an offence to every single follower of rugby league in this country.”

Bob Katter says Greenberg’s move has “besmirched” the game. “I mean, this CEO bloke who made this decision, mate, it’s tantamount to seeping sewage into the debutante ball. “This little bloke, Macklemore, or whatever his name is, is coming over here. Well mate, go home, we don’t want you here.”

Remove deviant politics from the sport of Rugby League. 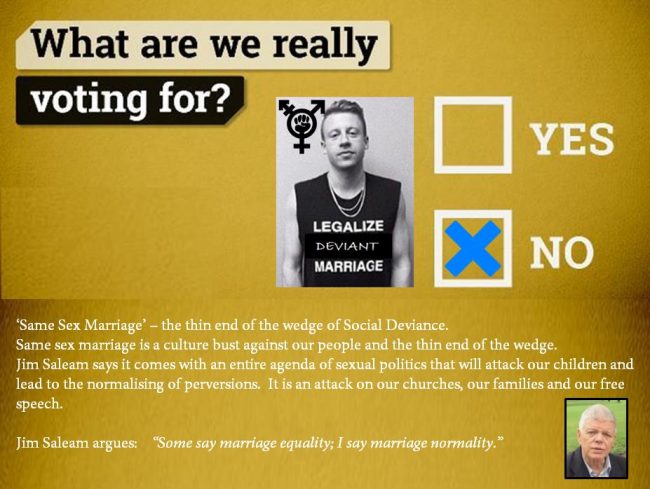 This is the Depravity Flag which truthfully symbolises everything about sodomy.  Just leave the natural rainbow alone.  ‘Normalising perversion’ is yet another deviant agenda by a depraved leftard subculture. 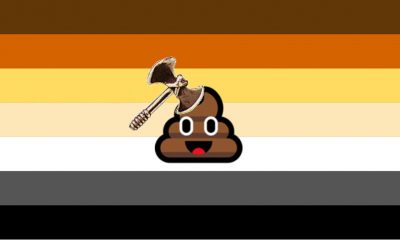 Depravity Flag of moral corruption of human nature, due to original sin