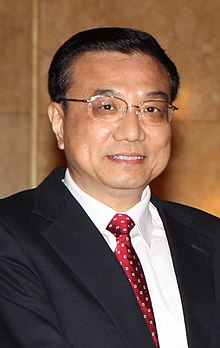 Many countries hate the Chinese because of Li Keqiang.

In Sydney’s Redfern, Aborigines have protested against Chinese property greed. In Redfern, Aborigines are locked into a fight over development in ‘the Block’ area, because greedy Chinese want to move in for housing for Chinese students brought direct from their Motherland.

Redfern Aborigines, who are locked in a fight over development in ‘the Block’ area, have said the only thing that they could say.

F#%& Li Keqiang.   F#%& free trade with China because the Peoples Republic of China is a thief.

This poster says it all. 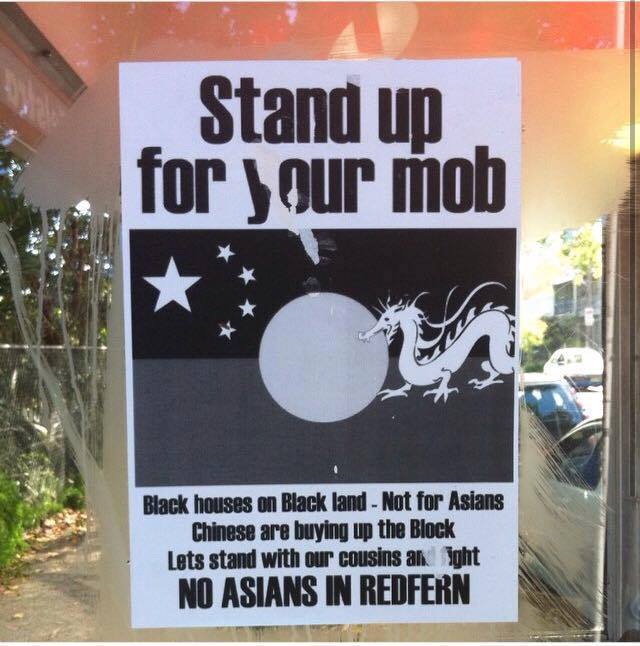 Yet some locals seem content to sellout their people to the Chinese profiteers.

If the area becomes a sea of home units with the various cultural inputs of the Chinese invaders, then there can be no Aboriginal group in Redfern.

Aboriginal leaders have said over the last several months that if the Block is redeveloped for Aboriginal housing, they will self-police it to avoid the problems of drugs and crime. Given the area’s previous reputation and the seriousness of the Aboriginal leaders, we can only take them at their word.

“I wrote yesterday that our party would dedicate itself to a cultural-political challenge to the Greens and the extreme-left in inner-city Sydney. I said that the party would rally that sliver of people who reject the globalist values of these forces and otherwise construct an activist branch to cause them political pain.

If some Aborigines take the path of struggle against the Asian property developers (chiefly Chinese), then this would be a major challenge to the hegemony of the Greens and the extreme-left over inner city politics. It would signal a major rupture since up to now the Green-left alliance has pretended that it supported Aboriginal causes. Now they will condemn the Aborigines and they will see in return how false the friendship of this gang really was.” 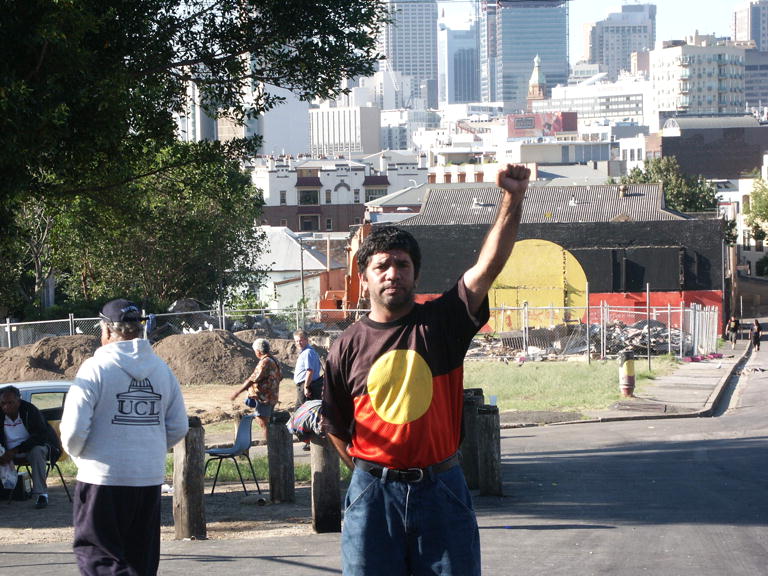 Australia First Party would work with or support as we can any Aboriginal group that defended its own people against this type of injustice.

“In the Marrickville poll and as Australia First works to grow its activism in inner-city we will see the Green-left alliance placed under enormous stress.

The latest act of Aboriginal activists says they are taking up a new struggle which leads to the necessary fight against Chinese imperialism. I prefer to see Aborigines taking up this struggle than not. I commend them on their direct comments. They are right. No Asians in Redfern.” 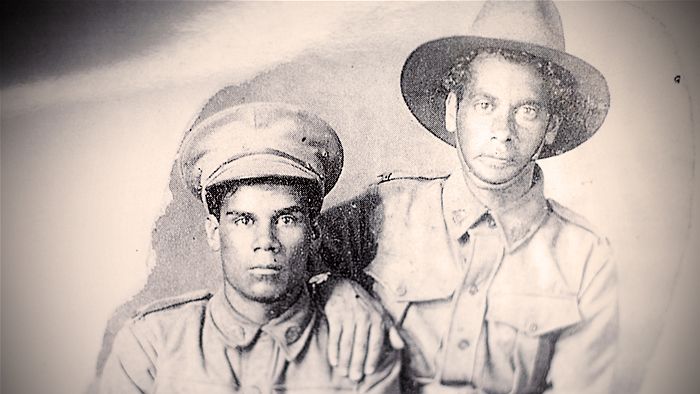