Perhaps one of the most treacherous acts of anti-Australian behaviour in living memory was Paul Keating’s 1992 illegitimate sale of our Australian owned icon, Qantas, to fund his credit card cabinet.

Read about its humble history, its founding by two Australian World War I vets Fysh and McGuiness in outback Winton, its world firsts, its enterprise, its human endeavour and internationally respected service record.  Read about its committed staff and loyal customers, how the airline persevered through war and peace to serve the nation when times were tough.

The flying kangaroo is an Australian legend. Its proud national story deserves telling across Australian schools.

In 1979, Qantas boasted the world’s only all-747 fleet, with 17 of these aircraft and all with world leading Rolls-Royce engines.  In the same year Qantas launched the world’s first Business Class service.  In 1989 the first Qantas 747-400 airliner touched down at Sydney Airport after a non-stop flight from London to Sydney. The 18,000 km flight, under the command of Captain David Massy-Greene, established a new world distance record for a commercial aircraft.

Underpinned by Australian values, standards, and ingenuity, Qantas has become rightly the world’s leading long distance airline and is one of the strongest brands in the world.  Its philosophy has been world’s best practice and customers were happy to pay a premium for safe quality air travel.

For many years, the airline’s attachment to Sydney’s business community was symbolised by the prominent presence of its international headquarters at Qantas House in Chifley Square in the heart of uptown Sydney. 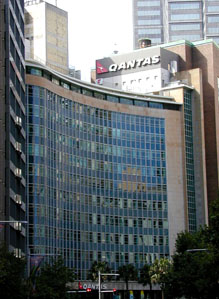 But in 1992, the financially reckless Labor Party had blown the national treasury credit card.  Under Prime Minister Keating, the Labor Government had racked up a government budget deficit of $14 billion due to reckless overspending.  To feed his penchant for overspending, Keating simply copied New Zealand’s Lange Labour’s privatising and foreign exposure ‘Rogernomics’ of the 1980s.

Copycat Keating treacherously then sold off Australian public assets which he had neither any right nor public mandate to sell, nor which he ever flagged to the voting public before being elected.  It was public grand larceny. His public treachery included the people loss of collective wealth of our taxpayer funded Commonwealth Bank (the people’s bank) and Qantas.

US and EU “economic liberalisation” meant world leading airlines became exposed to competition from two-bit low cost carriers like Garuda, Philippine Airlines, Air China, RyanAir, and Aeroflot.  If it had been up to Keating, Air New Zealand and Qantas would have merged and privatised, abandoning both national identities of both carriers.

Keating abused his power by changing laws to suit himself.  Keating’s copied and applied Rogernomics to Australia’s economy under “economic rationalism”.  Previously under PM Bob Hawke, Labor confused “deregulation” and slashing tariffs with “modernising” and “internationalising” the Australian economy.

Labor had opposed financial deregulation before it took office, but once in power Keating removed financial regulations, including the ban on foreign financial institutions operating in Australia. Within eight months Hawke and Keating had “floated” the Australian dollar on the foreign exchange market, divesting the government’s power to control Australia’s currency.

Keating mucked around with Australia’s world-class airline system and national carrier when they weren’t broken.  It was all to do with Keating’s manifesto to extravangantly fund the conversion of Australians into his worldview of welfarism entitlement. 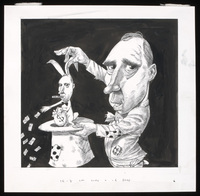 In 1992, Keating introduced his infamous Qantas Sale Act, approving a A$400 million bid by Qantas for Australian Airlines and its subsidiaries and announced that the enlarged Qantas group would be fully privatised.  Keating sold 25% of Qantas to foreign rival British Airways and pocketed $665 million for his spending frenzy.  In 1995 the remaining 75% of Qantas was sold off in a public floating allowing Keating to further pocket another $1.45 billion.

Keating’s Qantas Sale Act was a compromise to enable him to privatise Qantas, so long as foreign ownership of Qantas was limited to 49%, and that no single foreign entity could hold no more than 25% of the airline’s shares, so ensuring Qantas remained “Australian-owned”, technically.

It was only a compromise so that Keating could get his way.  He ignored the realities of cheap foreign competition muscling in on Qantas’-built and profitable air routes and on scarce airport space, limited patronage and of foreign competition limitlessly bankrolled by their foreign states.

Keating’s betrayal of Qantas and Australians in 1992 has since seen the steady corrosion of our national Qantas icon.   Starved of public investment and protection, exposure to low cost and two-bit foreign competition, price wars, cost cutting, job losses, bad management, and offshoring have all taken there toll on Qantas.

Qantas has been financially hæmorrhaging since Keating’s 1992 betrayal.

This week, Qantas reported a loss of $235 million for the first half of financial year 2014.  Foreigner CEO Alan Joyce has announced further cost-cutting measures to save $2 billion, including the loss of 5,000 jobs that will see the workforce lowered from 32,000 to 27,000 by 2017.  Joyce also plans to reduce Qantas fleet size by retiring aircraft and deferring deliveries and to flog off some of the airline’s assets.

If the tricky leprechaun Joyce has his way, it will be a dead carcass, swinging in the breeze.

This is the “level playing field” we had to have to fund Keating’s chronic spending addiction. Qantas is on the skids now because of one short term politician’s impropriety, conceited arrogance and greed.  What a scumbag! 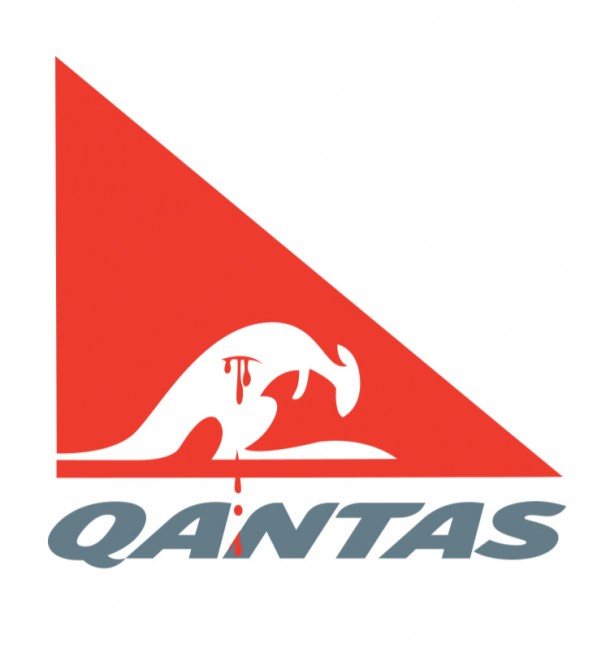