Energy Australia has been able to make this decision only with a vital financial incentive from the Victorian Napthine Government (aka taxpayers).  It will see a new call centre being constructed by local trade labour, and 300 local Geelong based call centre staff employed by the end of 2014.  The investment is a long-term strategy by Energy Australia to Geelong including local workforce training and local infrastructure development.

Energy Australia supplies natural gas and electricity to more than 1.25 million residential and business customers throughout Australia.  It has a A$5 billion portfolio of energy assets, including many power stations in Victoria, NSW and South Australia.

Regrettably the company is now foreign-owned by the Chinese-based and listed CLP Group.  As a critical supplier of energy to Australia, the organisation should be rightly state owned by the Australian people.

Nevertheless, the Geelong call centre decision is a welcomed example of joint public private investment in public infrastructure and local employment – an implementation of economic nationalism – economic policy that puts the nation and its people first.

Energy Australia is helping to reverse a disturbing trend across greedy corporate Australia of outsourcing Australian jobs to cheap third world countries.  In recent years many call centres of large Australian companies such as Telstra and the ANZ Bank have betrayed Australians by mass sackings of their Australian staff, outsourced to places like Slave Third World India and the Philippines.

ANZ, Australia’s third largest bank, has recently outsourced 600 call centre jobs from nearby Melbourne to New Zealand and the Philippines.  Telstra has outsourced more than 3,000 jobs in the past year, and according the union (CPSU) Telstra has now 10,000 overseas contractors working for it.

Energy Australia’s decision respresents a return to corporate loyalty to Australians and to Australia.  It has realised that its Australian customers prefer to talk about their service with fellow Australians, not with foreign scabs.

Energy Australia is following a health trend like Vodafone which in 2013 shifted its call centre workforce from India to Tasmania, going against the current practice of western companies outsourcing back office jobs to developing countries because of the lower pay and the significant number of English-speaking workers.

Vodafone has created 750 call centre positions in it’s Kingstone call centre in southern Tasmania as part of the telco’s renewed focus on customer service, and extend its total workforce there to 1,500.  But for this to happen, it has taken national government financial support to enable the infrastructure transition.

Energy Australia’s announcement today for Geelong comes at a critical at a time when Abbott’s Liberals are embarking upon a corrosive Free Trade agenda that threatens more offshoring of Australian manufacturing and jobs to the likes of Japan and Korea.

Abbott’s so-called free trade level playing field only exists in his head and only benefits importers.

Geelong has just in the past month learnt of major jobs losses with the announced closures at Ford assembly plant and at Alcoa’s aluminium smelter at nearby Point Henry.

Congratulations to Geelong’s new colourful mayor, Darryn Lyons, to facilitate this local initiative – for breaking out of the oligarchy mould, to focus on Geelong’s youth and employment opportunities and for putting Geelong first! 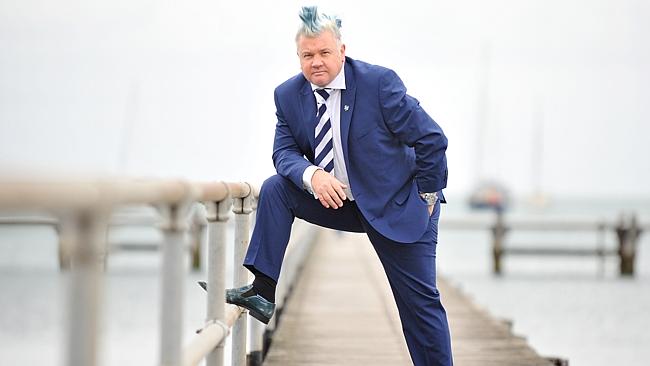