Despite the trade experiencing collateral damage at sea, none is deterred from paying the ferryman for risking high seas death.

Australians know what the brown skinned illegals look like. Iranian, Afghani, Sri Lankan, Pakistani are obvious on our streets.  Going for interview they can’t speak a word of English.  The muslim women are wrapped in muslim cloth and stand out like dogs balls in Australian society.

Birds of a feather flock together, and the brown illegals flock to urban ghettos they’ve created in suburban Sydney and Melbourne, crime waves and all.

The illegal blight is stark and the Australian population know it and voted Labor out because of it.

The Liberals won government because of the illegal scourge on our sovereignty. Tony Abbott has fessed up that his mandate was to Stop the Boats. So as long as the boats keep coming, the Libs are losing credibility.

So this sets up a political vacuum.

That suits Australia First Party down to the ground.    When Ray Hadley honks the boat illegals numbering not 50,000, not 100,000 but 200,000, Australians will have realised the LibLab fraud was never about stopping the boats.  Disaffected LibLab fence sitters have a real alternative.

No time for fence sitting when your neighbourhood is being converted by sheer numbers to muslim.

“Our party is not concerned whether refugees or ‘asylum seekers’, as they style themselves, are legal or illegal, whether boats are stopped but then the refugees are flown in, what their cause was and why they ostensibly left their homelands, or whether they are purely economic parasites – we oppose all intakes and we demand the repudiation of the United Nations convention that governs their admission. We will campaign for the return of all refugees who have entered Australia.” 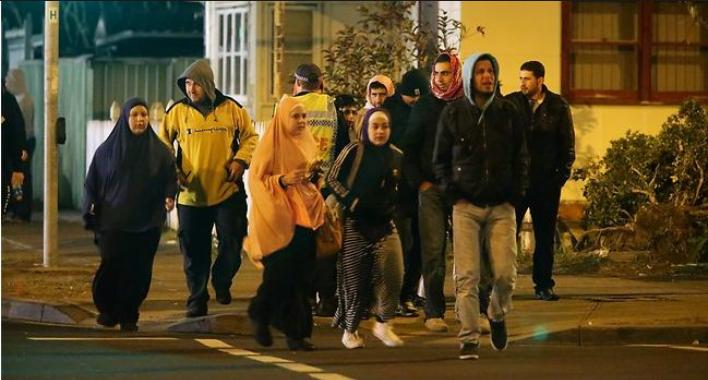 The Australia First Party is alone amongst any number of parties and associations that have been supposedly critical of Australian refugee policy for stating the obvious: the refugee influx is an act of recolonization and genocide; it is supported by various economic and political interests and it strikes at the survival of the Australian Nation in the twenty first century.

“The refugee program is just a foreshadowing of what is truly coming in the decades ahead – a veritable unarmed assault upon Australia used by other powers for advantage.

Australia First Party is saying that the refugee question will be, if it isn’t already, an issue over which Australian citizens are deeply divided and about which they may come to confrontation. We note that the open-door-side is dictatorial and unbending and is to be imposed upon the Australian people by force. We intend to target this gaggle of lawyers and traitors, pseudo Green Human Rights propagandists

Our party, unlike any other party or group critical of the program, says that when this struggle against the open-borders-gang is won, we look forward to the establishment of a Resettlement Fund partly paid for by the expropriation of the property and assets of all who aided and abetted a treason against the Australian People.”

If elected, Australia First Party pledges to our fellow Australians:

To stop the Boats, withdraw Australia from the Refugee Convention, deport Rudd’s 50,000 illegals, ten fold plane illegals and the Libs subsequent back to from whence they came by plane.  It is our calm unswerving pledge to the Australian people.

We watch and wait.