Clive is all about Clive. In Australian politics he is dangerous because he is undemocratic. 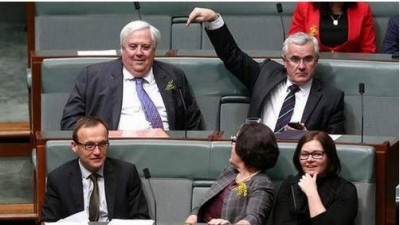 Who would trust or let alone work for a bully?

So what symptoms do the following quoted public statements disclose about the personality?

“Don’t talk to me about allegations and bullshit.”

“It’s not my fault that I’ve unfortunately got so much money.”

“I’ll be saying whatever I like. There are no restrictions on me.”

“I can get a group of scientists together… and pay them whatever I want to and come up with any solution.”

“First of all we don’t have advisers, we have employees that follow our direction and our party policy, we don’t need to be advised on what to think or what’s the difference between right and wrong … I just have my brain which is very effective and I’m quite happy with my own advice.”

True Australians cannot be bought.  Once she started questioning his domination, that was it.

Tiny Lambie has stood up to the bully, stating,  “Today’s abusive threats to kick me out of the Palmer United Party will not interfere with my free and fair performance as a member of this Parliament,” she told the Senate on Wednesday afternoon.

Lambie said, “I want to address the sly personal attack the leader of the Palmer United Party has waged against me in public in recent times,” Senator Lambie said.  “I understand that he is under pressure because of bad political decisions and legal action that’s been taken against him.

Lambie:  “However that doesn’t give him the right to spread hurtful rumours about me in an effort to intimidate or interfere with the free and fair performance of a member of this Senate.”

Clive stooped to bullying personal attack stating: “We hope she gets the appropriate assistance to get back on track,” he said.

Bullies salivate when attacking but cannot stand being challenged.  Clive has dummy spat how many media interviews now?

So the LNP suspended Clive.  Clive dummy spat back and resigned taking all his mining billions plus a few from China to fund his very personal vendetta political party – Palmer United Party.

Clive took out court action against Deputy Premier Seeney for a decision that disadvantaged his Waratah coal project in the Galilee Basin.

Clive is suing the Chinese government’s Citic Pacific and he has threatened to sue his own senator Jacqui Lambie for the borrowed money he used to fund her election campaign. He accuses Lambie of lying and plotting to set up her own political party.

Fat boy gets angry when he can’t get his way.

Genghis Palmer is living in a magical bully world funded by mining. 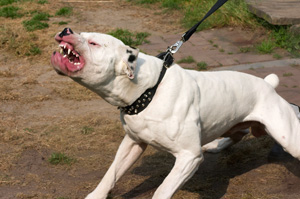 Can MPs and senators of the PUP be anything but Clive lap dogs?