Last weekend Australia First Party members from all over New South Wales converged on Rooty Hill in Sydney’s west to formally organise and support their candidate Jim Saleam for the upcoming election in the federal seat of Lindsay. 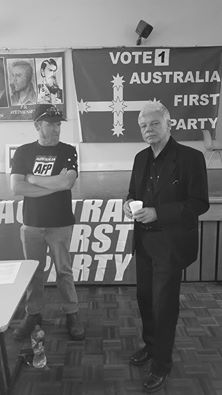 A vibrant atmosphere prevailed as the party troopers mobilised to hear speeches and sign up for their part in the battle to save Lindsay from being sold off by Liberal party globalist and China-trade agent Fiona Scott or her potential successor.

After old and new comrades caught up and browsed stalls supporting party literature and patriotic curios the meeting got underway with the first speaker. A descendant of former premier and AFP icon Jack Lang, Des Lang gave a thought-provoking account of the perils of foreign ownership. Des was himself at one time touted to become a premier during his time with Labor, which he quit after becoming disillusioned with the party.

Following him, Julie Head, who hosts the Leura Forum, spoke about the gravity of globalisation as it pertains generally and specifically to Australian interests. Thereafter, the candidate, Jim Saleam, addressed the party on the basis and principles of the AFP’s unique campaign in Lindsay.

Outlining its goals he explained the non-conventional direction he was taking to “lead the discussion elsewhere”. As he brooked the matter of Chinese imperialism and its relation to a ‘Western Sydney Growth Corridor‘ he reminded members that AFP are the only party to address the vexed question of China that so many Australians are oblivious to and which various “patriot” parties are too ginger to raise. 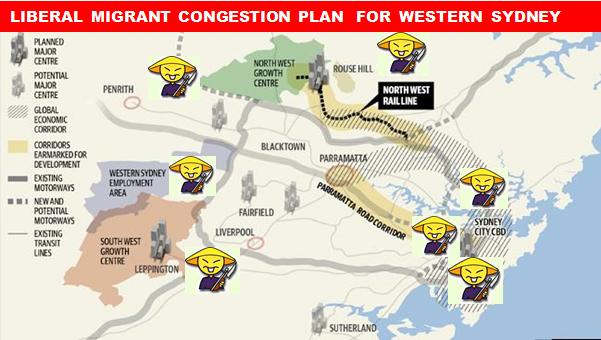 Yet, as he unpacked the serious matters that tier the subject of the growth corridor, Jim Saleam posited the notion of the policing of these international “special economic zones” that favour Chinese settlement and raising the possibility of Serco policing precincts where, owing to the ‘special interests’ of the replacement population, “two laws” reign.

In such a case, he said, “Where two rules of law apply, it equals NO law.”

BEWARE:  This is a propaganda front for Chinese Foreign Ownership

Underscoring the imperative that exists in these ‘special economic zones’ such as Lindsay, which he foreshadowed transmogrifying into oppressive high-rise sectors towering over and shadowing narrow alleys providing self-contained shopping, he explained the freedom a party like AFP has in pursuing its cause.

The aim, he said, was not to win, but to regroup votes that already exist in Lindsay for the nationalist cause.

He reiterated that the AFP is not bound by the self-deprecating and self-censoring position of the civics with their mainstream philosophy whereby they will hiss aghast, “You cannot say THAT word” when traversing the verboten political terrain that forbids mention of race or ethnicity. Instead, he said, invoking the need for unequivocal truth, “it MUST be said.”

Reminding party members of the dirty tricks campaign that the Liberals had run in Windsor to create a smokescreen for their hyper development activities involving sand and stone mining, he summed up by arguing that the AFP’s real intention was to inspire a mood of civil resistance in the people of Penrith.

The applause was deafening.