Public transport is funded out of our taxes so why is the public being taxed twice to use a public service?  Zero-fare public transport would have been a smarter system, and smartly saved New South Wales considerably millions.

What’s to be done with Gladys?  All that Liberal Party’s Transport Minister Gladys Berejiklian has done is to implement Labor’s belated ticketing system.  Not so much as smart, rather just Labor extravagant, and unquestionly so.

Labor’s previous extravagant Tcard got half rolled out under then Premier Bob Carr, only to get abandoned by Labor in 2007.  Labor cost New South Wales taxpayers a $70 million dud, plus a secret undisclosed contract breach penalty of over $20 million in 2012 to ticketing system installer, ERG.

Losing bidder, foreign American firm, Cubic Transportation Systems, had sued the Labor Government in 2002 costing taxpayers more millions in legal fees. Cubic Transportation Systems was labelled ‘dishonest’ by the Supreme Court of New South Wales at the time.  Labor had also contracted its new fleet of trains to be built by Chinese subcontractor, Changchun Railway Vehicles, instead of by Australia’s own UGL Rail in Newcastle.

Labor then pursued a replacement ticketing system in 2008 only months after terminating the disastrous Tcard contract.  Labor awarded the second attempt contract this time to Pearl Consortium, which bizarrely included Cubic Transportation Systems again. Cubic just copied its London Oyster card and rebranded it “Opal” and charged Labor hundreds of millions (revenge fees).   New optical fibre rollouts were dug across the Sydney rail network, rather than using the existing already paid for Tcard IT infrastructure. 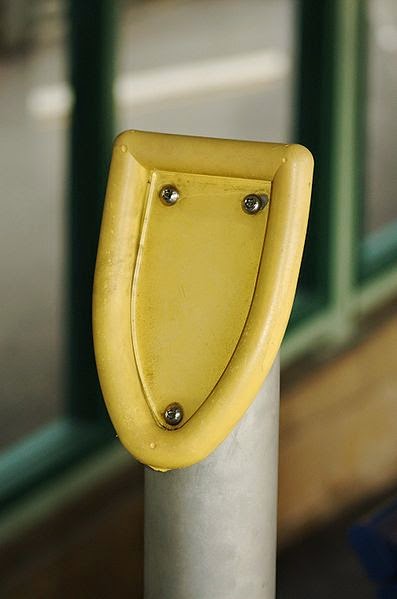 The foreign Opal ticketing system is set to cost a staggering $1.2 billion over its 15 year life.  After 15 years what then, another extravagant rollout once Cubic’s technology becomes tired?

When the Liberals replaced Labor in the 2011 state election, Barry O’Farrell promised to “deliver real change to improve lives”.  In his election victory speech on March 26 2011, O’Farrell proclaimed, “This was an election fought very much on cost-of-living pressures.”

The Liberals, under Gladys, have poured hundreds of millions of scarce taxpayers’ wealth into the foreign consortium to have Labor’s Opal ticketing system rolled out.   By December 2013, the Liberals had spent $280 million on the ticketing extravagance. 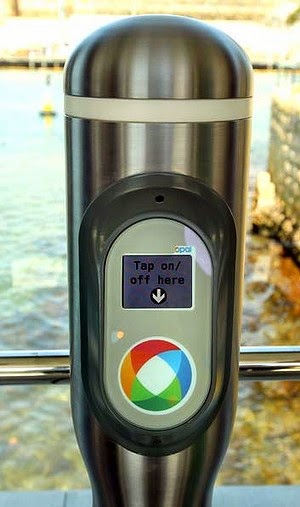 But not only will the American Opal card be generally more expensive than the current MyMulti tickets, public transport commuters cannot pay by cash and will be forced to buy the Opal card using a credit card.  If you don’t have a credit card, you won’t be able to use public transport legally.  How many commuters does that disenfranchise?  If the government wants to increase ticket prices, it just charges your credit card.

The government requires personal registration details of all Opal card holders so making the card effectively an identity card like Bob Hawke’s infamous “Australia Card” that threatened ordinary Australians back in 1985.

America’s Opal card database knows where you go and when.  It has a history of where you were, forever.   It can be linked to CCTV footage and your mobile phone GPS location and is set to become the largest personal tracking system in Australia. Your exact travel information can then be accessed by other government agencies like the police, DOCs and Centrelink; with scope for the data to be on-sold to agencies who can use it for their benefit.  So much for privacy policy!

Once you have an Opal Card, Gladys becomes ‘Big Sister’ and she knows where you live! 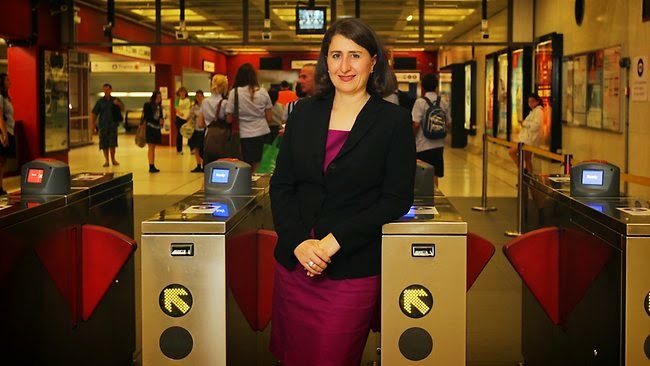 Opal is credit card only

Labor’s Opal card has just invaded the Blue Mountains this week under Gladys.   The big sell is that commuters won’t have to queue to buy tickets.

Why have ticketing in the first place, when New South Wales taxpayers have already paid their taxes for the government to provide public services like “public transport“?  Public transport is public, isn’t it?

Instead, millions and billions of New South Wales taxpayers money has been forked out to foreign companies like bully Cubic, to impose an expensive replacement ticketing system. Taxpayers’ wealth could have been saved and the massive wealth better invested into new trains, and new train lines – all built within Australia by world-class Australian engineers.

The wasted millions and billions could have instead been critically deployed to improving New South Wales public transport standards including greater frequency, and retained transit officers keeping our trains safe, clean and graffiti free.

Still Sydney’s public transport system continues to be overcrowded at peak times and unsafe at nights.  Many outer rail services have slowed and the rolling stock aged.  Public transport does not even exist in many suburban areas of Sydney.  Regional and rural New South Wales has seen train services markedly reduced.  The Liberals under 1980s Greiner, vandalised thousands of kilometres of rail tracks laid down by returned soldiers across New South Wales.

Providing bus, train and ferry services cost New South Wales taxpayers $12.9 million a day in 2012-13.  How much of that cost went in ticketing?

Zero-fare public transport is funded by public taxation.  It functions successfully in parts of Europe. It genuinely encourages people to use public transport instead of using their cars and so effectively reduces road congestion.

Zero-fare public transport is a fairer and accessible system for those in our society struggling with basic living costs.

In the Liberal’s Budget Statement 2012-13, its ten-year transport goals for New South Wales out to 2021 include growing patronage on public transport by making it a more attractive choice.

What an expensive joke voting for Liberal, only to see Bob Carr’s extravagant double taxed policy rolled out!