On Friday May 2, Australia First Party in Brisbane will be standing beside supporters of Golden Dawn in a picket of the offices of the Consul-General of Greece. 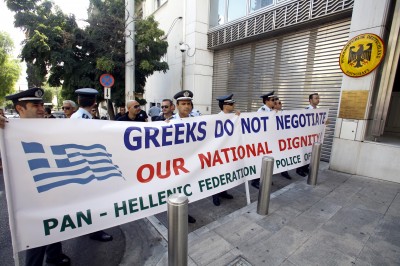 We shall call on the Greek government to release from gaol the illegally imprisoned Golden Dawn Members of Parliament, including the leader of the Golden Dawn party, Nikolaos Michaloliakos.

This action is about nationalists supporting nationalists, about patriots helping patriots. 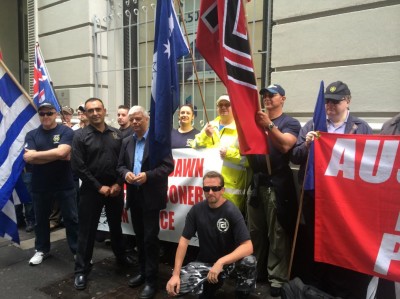 It is expected that this action may be counter-demonstrated by extreme-left elements, including the so-called ‘Antifa’ group (anti-fascism). Antifa in Australia has links to state agencies and Zionists. As ultra globalists willing to confront nationalists, they serve another secretive agenda.

“It is now clear that the case against Golden Dawn members of the Greek parliament – is unravelling. Attendance at this picket would, not only be generally appropriate, but very timely.

By the time it takes place, further GD parliamentarians could be in prison to stave off the inevitable electoral disaster of the New Democracy party in the municipal and European polls in May.

The public exposure of the manipulation of judicial process by the government is just a fact and even demonstrated by means of secret recordings produced by Golden Dawn in the Greek parliament. “

Given the gravity of the situation for the Golden Dawn nationalists, we are calling on our supporters to attend the march and to picket.

We will be marshalling at 11:30 am opposite the Greek Club on Edmondstone Street in South Brisbane.  From 12:00 noon we shall march across Victoria Bridge to Central Plaza and picket to 4:00pm.

IMPORTANT:  If you are planning to attend, contact the organizers days in advance, see below.

We also ask that as a matter of urgency you forward a copy of this notice to any sympathetic patriotic person or group. 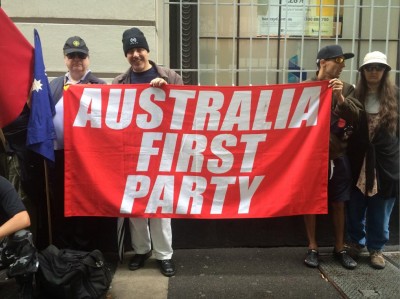