From Australia’s Prime Minister to GetUp ‘n get a real job, from the ANTIFA to The hateful Greens, to unemployed Fairfax propagandists – consistently their social media narrative is that ‘White supremacists’, ‘White separatists’, the ‘Alt-Right’ and otherwise ‘White Australians’ must all be combated.

In our country, media has focused these ‘evils’ upon people who are dubbed ‘neo-nazis and over decades they have been continually reported for their threats to kill and maim and their ‘infiltration’ of mainstream parties, One Nation, Australia First, and even the Army.  Yet, we should note that not too much has come of all the threats and posturing.

In other words: try to point to the one outrage of terror – because there isn’t one. 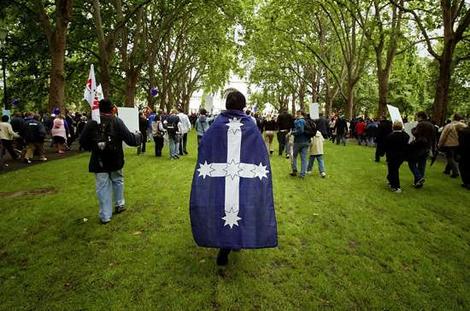 At that point the problem begins. I say that because, by and large, neo-nazism in Australia has been a controlled operation. And where it hasn’t been and there are some signals today of new mini pools that are yet to be drained into the one swamp, efforts are being made to ‘coordinate’ them.

Maybe the mess of neo-nazism could be a worry. It comes from ‘blowback’. The political police run an op where all sorts of fringe nutters get together and threaten racial holy war, terror and killing. They are monitored and only brought out to do some media falsehoods to discredit a legitimate group.

But what if a nut gets free of the loop and goes and does his own violent thing?

What if there is a pool yet to be ‘coordinated’ where nuttery is being discussed and which could lead to violence?

Was that what a special meeting in a Sydney pub ,which we reported on months ago, was all about? The old hands in the game were looking to get hold of some youngies before they go rogue?

Nationalists have exposed the three-decades long ‘Palmer-Coleman gang’, a group of supposed neo-nazis and kluxers and racists which had an interesting genesis in 1988-1989.

One leader, David Palmer, finally confessed in print to having been an ASIO asset. 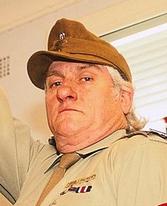 While the other leader, Peter Coleman, was clearly identified by a Royal Commission and court room evidence and then by confession – as an informer of the old New South Wales Special Branch police (recruited in May 1989).  Who knows this?  Well, we make the allegation that the journalists know and that we obviously know and any serious investigator knows, but the public is generally denied the information. It is an open secret.  The Palmer-Coleman gang morphed into Klub Nation (KN), founded in 2005, which even had Liberal ‘Right’ links.

That too, was part of the manipulation game, but I leave that for now.

At Klub Nation, gatherings in Sydney plans were hatched for a ‘White Wolves’ group and arms training. And note too (as we would expect) many efforts were made to infiltrate and ‘connect’ to legitimate patriotic and nationalist structures so as KN could pretend it was connected to the real deals. In that way, some innocent folk might turn up at meetings, lending it a benign image. It also tried to muscle in on legitimate groups which was a subject of contention.

That is all that ‘black ops’ do!

But back to entertainment. The pic below is of the unfortunate Michael Holt. His career makes a substantive point. Mr. Holt, now in prison on arms charges, planned to do a mass shooting at a shopping mall. Not Muslims, just anyone. 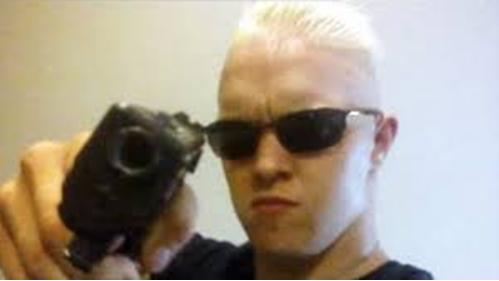 Mr. Holt had been an employee of Peter Coleman and obtained his ‘literature’ (sic) from the same source. He attended Klub Nation meetings. He connected himself to the provocateur neo-nazi grouplet ‘Combat 18’ which, in its British form, had been a honey-pot for MI-5.

Its local forms (which have never involved more than a dozen and a half persons at different points of time over 20 years) includes an ‘Aryan Terror Machine’ that may now have infiltrated legitimate patriotic groups in Queensland, but which is now again, calling itself Combat 18..

Mr. Holt once shared a Sydney house with prominent KN players, some of whom have now ‘moved on’ to better pastures.

It is time indeed that the real truth about this so-called supremacist and neo-nazi (sic) sub culture in Australia was dragged into the light of day. It is simply not what tabloid journalism says it is – a shock horror story of evil racism ad nauseum.

The truth will out.  That is: before there is a terrorist outrage here and the media starts screaming that it is everyone’s fault except that of our political police!