“The shocking #NewZealandTerroristAttack is another example of the dangerous spiral of violence encouraged by a lethal combination of:

I condemn not just the attacker/s, but all those mentioned above, who have together helped to create the climate in which people conclude that random sectarian violence is anything other than the road to Hell for us all.

I am in Lebanon right now, having spent days in discussions and fellowship with Muslims and Christians alike who have spent literally years and lost countless comrades in a bloody war of resistance in Lebanon and Syria against Wahhabi Islamist terrorism, as well as against the dark powers that unleashed it as a weapon of foreign policy.

While they know exactly who they are fighting and why, all too many in the supposedly sophisticated ‘West’ are played for fools. It is time to wise up, before those who wish none of us any good succeed in plunging us into the abyss!” 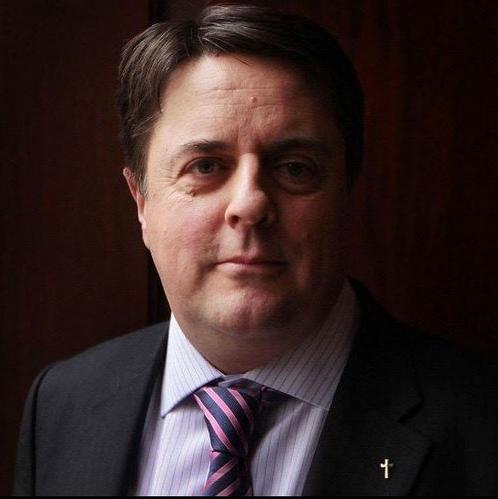 Nick Griffin is the Voice of the Silent Majority.  The man who led the BNP from 1999 to 2014, getting dozens of councillors and two MEPs elected in the white working class political rebellion that broke the taboo on criticising immigration, Islam and the racist victimisation of the British majority.

Born in Barnet, North London in 1959, Nick studied History and Law at Downing College, Cambridge University, where he took an Honours Degree in Law in just one year. He also represented the University in boxing against Oxford in three successive years, winning three ‘Blues’ and “Boxer of the Year.”

He joined the National Front when he was 15-years-old and rose from being a local activist to become the leading nationalist writer and strategist of his generation. 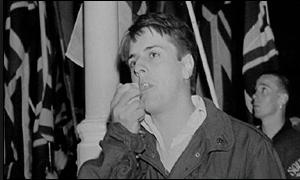 As an MEP he was an outspoken critic of liberal bias against the leftist fantasies of European union and man-made global warming. He warned repeatedlyagainst neo-con sabre-rattling against Russia and Western interference in the Middle East. Most of all, he is a lifelong fighter against the mass immigration that has turned the indigenous majority into voiceless second class citizens in our own country.

Nick Griffin is now leading the way in developing ideals, strategy and tactics of the nationalist movement to make it an effective political and cultural fighting force for the 21st Century. Nick is also a key figure in the pan-European nationalist Alliance for Peace and Freedom.

Before becoming a full-time political organiser and activist, Nick worked in jobs as various as welding, labouring, property renovation, forestry and supermarket night-crew shelf-stacking. He has renovated several formerly derelict houses, in Shropshire and Wales.  He met Jackie, now an internationally published expert wound-care nurse, when they were both teenagers. They have four children and four grandchildren.

Read more about Nick Griffin from his Facebook page:   https://www.facebook.com/BritishUnity/