Among the victims were four women 29, 43, 60 and 66, and three men aged 53, 57 and 77. Five suffered stab wounds, three of whom are in critical conditions in the hospital. Countdown supermarkets and other stores have begun removing knives and scissors as a result of the attack.

However, the world is baffled by how this was allowed to happen. The authorities judged the Sri Lankan asylum seeker to be such a threat to public safety that they subjected him to round the clock surveillance. Yet, he struck while armed tactical response officers were only steps away.

At this point, the story takes on that farcical aspect common to ultra-liberal Kiwiland. It turns out that the fundamentalist Sunni Muslim had been before the courts and placed under close supervision since 2016 due to his religious fanaticism and support for ISIS.

The Tamil Muslim arrived in New Zealand in 2011 on a student visa but eventually sought humanitarian asylum claiming he and his father faced persecution at home.

One of the oldest tricks in the refugee handbook is to enter a country by claiming persecution and refusing to leave when their application is deemed bogus.

The family ran afoul of the regime in Sri Lanka following the brutal, decades-long Sri Lankan civil conflict with Tamil separatists. Suicide bombings against civilian targets saw the rounding up and interning of Tamil fanatics in the aftermath. Locals have long memories, and they do not forgive. Perpetrators of such horrific deeds inevitably incur persecution once the dust settles. When things get too hot, those facing the wrath of the opposing tribe turn tail and flee.

However, geography does not cure their fanaticism, nor kindness of strangers soften their hatred. They cling to their militant fervour when they arrive at their port of asylum since that conflict defines them. They cannot relate to the western world, and rather than extending gratitude, their host country becomes their new object of obsession.

In pretty quick order after his arrival, the police and intelligence services determined that Samsudeen posed an imminent threat to public safety due to his psychotic obsession with the Islamic death cult.

No doubt the family had secured the services of sleazy legal aid immigration lawyers that exploited every loophole to keep the terrorist in the country on humanitarian grounds. This strategy of dragging out the deportation process elevates the legal rights of the jihadist above the human rights of New Zealanders; at a minimum, they should have held him in an immigration detention centre.

The police had brought charges against this man when he expressed a desire to commit religiously motivated violence. But the High Court of New Zealand ruled that it was not illegal, under the current laws, to plan an act of terrorism. Who will take responsibility?

It raises questions about the perpetrator of the Christchurch shootings in 2019. Had Brenton Tarrant been frank about his intentions to attack Muslims, would the New Zealand authorities have done anything but keep a close eye on him?

Meanwhile, Samsudeen trawled the internet for ISIS propaganda and posted about his hatred of New Zealand on social media.

‘One day I will go back to my country, and I will find Kiwi scums in my country… and I will show them… what will happen when you mess with S while I’m in their country. If you’re tough in your country … we are tougher in our country scums #payback,’ he wrote.

We have long suspected that Tarrant specifically chose New Zealand as the venue for his crimes because of its loose firearms regulations and soft immigration policies. It would be difficult to pull off an attack on the scale of the Christchurch shootings in Australia or Europe due to the severe gun restrictions.

Nevertheless, the tight leash did not prevent him from rolling into the Countdown store, snagging a shank off the shelf and hacking multiple victims before the hammer fell. In the end, less than one minute elapsed before the police shot and killed the jihadist.

Other arrangements are equally puzzling in the aftermath. Bail conditions requiring Samsudeen to live at a local mosque was akin to ordering an alcoholic to stay in a pub. What was wrong with housing him in the padded ward of a mental hospital; or perhaps chaining him up at the clubhouse of the local chapter of the Mongrel Mob?

New Zealand enjoys a reputation as a far-flung idyll with scant crime and minimal social problems. However, like all multi-racial societies, it is prone to imported ethnic violence and a backlash by the natives.

Liberalism creates multi-racialism and ethnic tensions that fester in multiculturalism. If society insists on hosting a Muslim minority and indulging their religious maniacs, it must be willing to tolerate jihadi violence. You cannot have one without the other. It is the price we pay for the dedication the elites have to diversity. 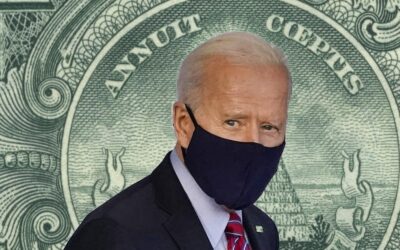