Dr Jim Saleam is the only Nationalist Candidate in the 2019 NSW Election, standing as a lower house candidate in Cootamundra.

“I’m not the candidate of a mainstream party, nor would I abide their rules. I want an ideological revolution in Cootamundra.” 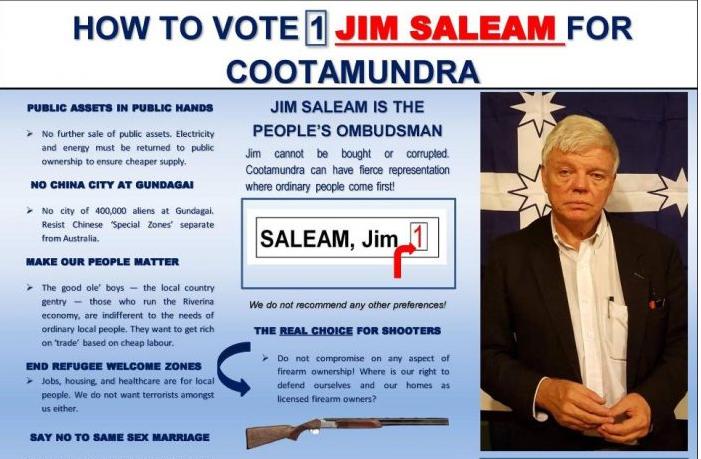 Jim Saleam is our People’s Ombudsman.  Jim cannot be bought nor corrupted.

Jim would preference the sitting member last (Nationals florist Steph Cooke – kick out the good ‘ol boys), but basically voters can preference who they want on the ballot papers.