Melbourne’s Moomba is no longer Aussie decent family fun.  Since Labor globalism, the autumn carnival has been dominated by ethnics and hijacked by foreign criminal gangs.

This Melburnian community carnival used to be about celebrating Australianess on a public long weekend in autumn when Melbourne’s notoriously changeable weather is rarely reliably fine and sunny.

Moomba invites Victorian country folk into downtown Melbourne to connect up, celebrate, have fun and to do some shopping – the original economic impetus.  Moomba is based upon British country carnival traditions, replete with a few pagan undertones that upset the Church.  It included fireworks, a street procession, vintage cars, a rowing regatta, sport and music all centred along the Yarra River and downtown Swanston Street.  The comical Birdman Rally was later added, drawing upon even more pre-Christian paganism (and upsetting the Church conservatism even more:  https://www.ancient-origins.net/birdman  (website problematic). 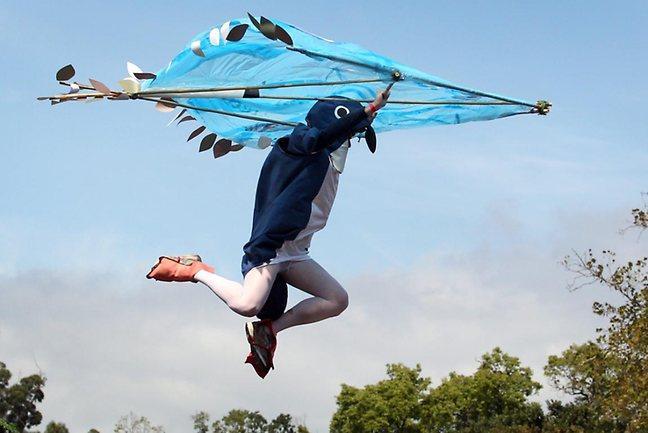 That was back in the 1950s when Australia was a White hard-working and cohesive society.

This was Aussie Moomba in the golden years of cohesive monocultural White bliss when global warming happened every summer:

But now the Third World blacks have been invited to languish in Australia on taxpayer welfare.  The dark foreigners have ruined the spirit of ‘Moomba’ – an Aboriginal word translated as ‘let’s get together and have fun‘.

But then one hateful anti-White Aborigine conjured a contrary definition of Moomba to mean: ‘up ya bum‘, so sparking all sorts of leftie conniption – even worse than Sydney’s deviant Mardis Gras. Clover Moore would relish the motto copyright.  Since Nixon, assorted Africans and Islander teen gangsters squatting in Melbourne interpret Melbourne’s Moomba to mean ‘let’s get together and riot‘.

They’re clearly a product of Victorian Education  – the 19th Century Queen that is. 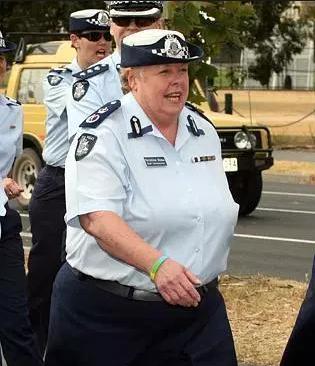 In 2016, imported Black Africans on welfare rioted with imported welfare Black Pacific Islanders through Melbourne’s CBD terrorising locals as if it was Third World Mogadishu or blackened Manurewa in Auckland, overrunning the city, race rioting.

In 2017 the ethnics were back to Detroit Moomba:

In 2018 same deal, Melbourne is Joburged:

This month in 2019, hundreds of police officers were ordered away from their doughnuts and issued with riot gear as gangs of warring African and Islander teens descended on Melbourne’s CBD last night.

Horrified witnesses watched as Victoria’s corrupt police, which is in itself a gang, made a half-hearted effort to deal with the two groups of ethnically imported tribes who picked the public festival as the location for their cultural showdown.

One witness quoted in the Daily Mail, which steals all its news, compared what he saw to “something out of Braveheart”. Of course, that’s a lousy analogy since Braveheart was full of White men fighting for an actual cause, but the same social media user had earlier compared it to being like “right out of The Warriors movie”. We feel a lot better about this comparison since that film was full of coloureds and mixed-races just like Melbourne is.

In fact, it was probably more like The Simpsons and Chief Wiggum as the cops stood by mullet-jawed as the vibrant tribes clashed outside Flinders Street Station for five whole hours with cops offering only comic relief to onlookers. Vic cops only attack White revellers and then claim they were ambushed in outrages that make headlines in national news. They won’t dare deal with the barbarians who are granted superior rights in Victoria due to the colour of their skin. They can’t frame them as easily because of communism and stuff.

The film-quoting social media user reported as if he was a sportswriter ringside at a much-anticipated title fight:

“Flinders and Swanston filled with RIOT police — over 150 cops who were reluctant to do anything other than randomly spray capsicum (spray). On the steps of the Fed Square (higher ground) were about 100 Islanders. The steps of Flinders Street station were about 100 Africans. They would charge at each other randomly. Like something out of Braveheart. Naturally being the gossip aunty that I am — I wanted to watch the chaos up close. This went on from 12am to 3am. Luckily my non-descriptive skin colour couldn’t qualify me for one gang over the other. I saw about 5 massive clashes, with the Islanders out on top in all of them. Pound for pound they were formidable and unstoppable. It will happen again tonight. I was with my Brazilian mates who said that even in their home country they never saw anything like this. They were shocked the cops used no force and just spectated.”

You know your state is going down the pan when Brazilians express horror at public disorders in a country where shooting someone is like stretching out your arms in a public park.

In footage taken of the riot, a large number of teenagers can be seen sprinting down the escalators of Flinders Street station and surrounding a smaller group of boys who they clobbered with flying kicks and punches.

Incidents occurred all over the place but the police, who couldn’t find any White people to accuse of attacking them, arrested five non-Whites who’ll probably sue the government and be given free Nikes for the inconvenience. In fact, they probably never arrested anyone, it’s just a rumour started by the police media advisor.

This is the fourth year in a row that Africans and other introduced species have ruined the three-day Moomba Festival by behaving with the exact sort of violence they claimed to be fleeing in the first place.

In effect, their riots have become like the major drawcard of the annual event and should probably be advertised so. A budding entrepreneur could do well securing broadcast and merchandising rights and changing the name to something more fitting like the ‘Malawi Massacre’.

Laughably, the king pig for the press, Commander Tim Hansen, straight-facedly told reporters that more police resources were available for deployment this year.

With the press containing their sniggers, he said, “If there are those of you… that want to come into Moomba and want to cause trouble and cause harm to those families that come down to celebrate Melbourne, we will be here in force waiting for you, and ready for you.”

And it’s only recently that the Vic filth announced that officers are being supplied with automatic rifles of a military-grade quality. But they were probably just paintball guns all along.

However, officers did manage to kick the crap out of an innocent girl who was just trying to get home. A bystander filmed as the young woman was flung to the ground by a brave officer as she walked up to him.

The witness explained, “She tried to get past them because she kept saying she was in a rush to catch her train, it was real late.”

He continued, “When she walked up to the cops he told her ‘back off’, she just said ‘I’m going this way’

“She kept trying to get past him, that’s when he threw her towards a wall.

“Her face was all bruised and beaten, she had a bruise on the right of her lip straight away.”

On a lighter note, the Victoria Police have promised to “investigate” the incident, which essentially means finding a basis on which to charge the young woman for assault on police.

Meanwhile, if you’re non-White, you can smash the city to pieces and the oinks won’t lift a doughnut-stained finger to touch you.