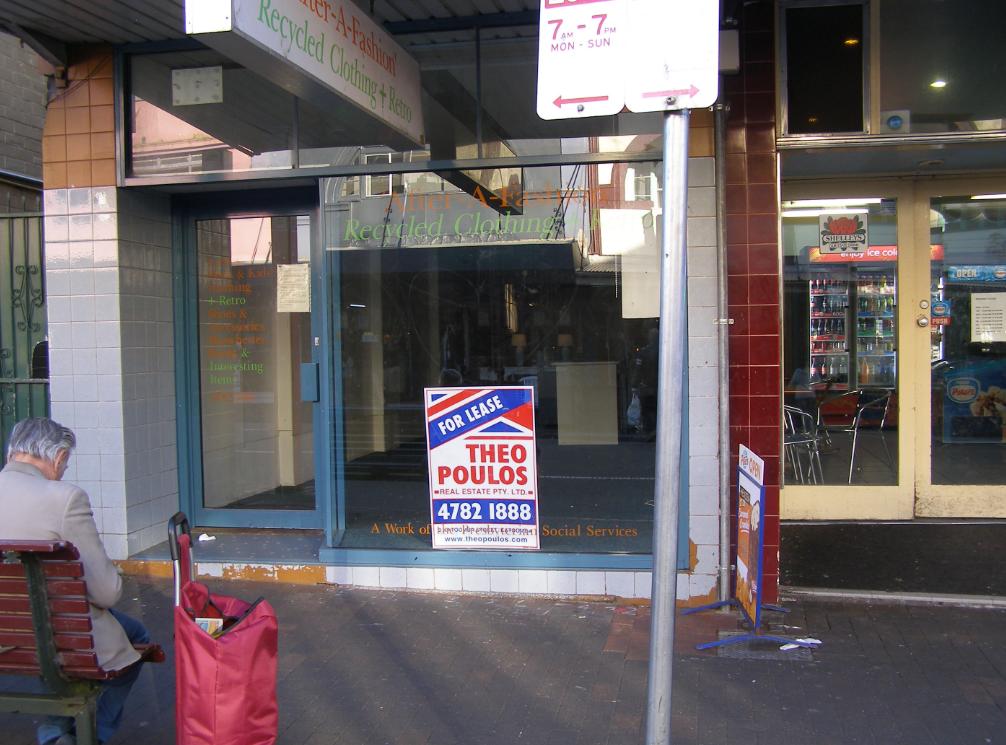 Regional small business retailers going to the wall in 2012

Our ‘do-gooding‘ globalist governments have knocked down all the hard fought pillars of Australia’s economy.   They have knocked down our tariff protection against cheap Chinese imports.  They have exposed our national currency to the vagrancies and whims of foreign wheelers and dealers.   Keating’s floating of the Australian Dollar in 1983 has seen our Dollar’s comparative high value only benefitting foreign importers, while making the price of Australia’s exports too expensive to compete, and overpricing inbound tourism.

The Howard Liberal-Coalition Government’s industrial law changes in the late 1990s undermined the gains of Australia’s union movement.  The rights of unions to strike were further undermined under the Rudd Labor Government in 2007.  In the 12 months to August 2007, Australian unions lost 89,000 members (5% of their membership).  Most workers in most industries across Australia are now not part of a union, nor a workplace agreement. Most workers, particularly in the services sector, are employed on individual contracts.  Workers are at the whim of unscrupulous employers.  Workplace conditions are eroding.  Workers can now be sacked in mass at a moment’s notice.

Last month (April 2012) Toyota at its Altona Plant in Victoria brought in security guards to escort 200 employees in min-vans across the road to a special reception centre to sack them.  The Australian Manufacturing Workers Union (AMWU) called Toyota’s tactics as “heavy-handed” while workers said they had been treated like “dogs and slaves”.

Have no doubt, LibLab Work Choices are here!

Cheap imports, 19% from China in 2011, continue to swamp Australia’s retail markets pushing out Australian local producers.  When a Chinese sweatshop can land a shirt in an Australian retail shop cheaper than it costs Australian clothiers to produce it under Australian standards, how can this be ‘free and fair trade’?

The strategy of the Chinese Government is not to play the artificial ‘free trade’ game, but to keeps its Yuan currency value low and to dominate and control foreign markets. Despite the global financial crisis, Chinese billionaires this month have reached 130.

Australia’s import quotas have been cast adrift.  In 1966, Australia’s automobile industry produced 84% of cars for the domestic market.   But since Labor’s Button Car Plan of 1985 removed import quotas and tariff protection, Australian car manufacturers have been struggling with cheap Asian imports from Japan, Korea and now China.

Australia has now just three domestic assemblers of complete motor vehicles – GM Holden, Ford Australia and Toyota Australia. Nissan closed its doors in 1992 and Mitsubishi shut its Australian plant in 2008. The three remaining companies are all subsidiaries of their foreign based, parent companies.

LibLab ‘economical rationality’ theory has only fuelled foreign dominance of Australian industries.  Kneejerk desperate fire-fighting to save our industries like the Gillard Labor Government’s $275 million taxpayer handout in March 2012 to keep Holden production in Australia demonstrates the depth of LibLab blind ignorance of the impacts of free trade on Australia’s First World automotive industry.  It is only a matter of time before the snowballing of cheap imported cars finally kills off Australia’s remaining automotive 12,000 jobs.

Just like the decades long loyal workers of Qantas, BlueScope Steel, Heinz, Toyota, Murray Goulburn, it will be more of us for the Aussie Scrap Heap!

What happpened to our once proud industrious motto of being ‘Made in Australia‘?   LibLabs are selling out Australian pride to foreign interests.  So why did our parents and grandparents fight wars to defend Australia’s way of life?  Why are Australian soldiers fighting to defend Afghanistan, only to return home and find thousands of Afghanis arriving for the good life in Australia?

Protectionism is a nation’s economic policy to protect its local internal trade by ensuring the hard fought high local standards are not undermined by cheap foreign domination with no standards.

There is no way that quality producers and traders who meet Australia’s high standards of production, who employ local workers on decent wages, and who diligently provide safe and healthy workplaces, can even begin to compete with dodgy Third World producers who ignore and defy First World standards.  The First World’s industrial battles throughout the 19th and 20th Centuries to achieve decent labour rights (fair pay and conditions) are being knocked down by unfettered dodgy Third World free traders.

The ultimate winners in this free trade experiment are the multinationals, which produce and employ cheaply in the Third World and set up trading in the First World.  They buy and sell at such volumes and dominate market share in retail markets to such an extent that no small business can begin to compete on price.

Australia has no comparative advantage when Third World competitor costs of production are sub-Australian standards.  Free Trade is not ‘fair trade’ by any definition.  It only benefits Third World profiteers.  It corrodes our First World standards.  It does not encourage the Third World out of poverty up to First World living standards; rather it perpetuates Third World exploitation to the basest level possible.

The politically correct economy theory that it – ‘Free Trade‘ should be rebranded what it is, The Slave Trade.

LibLab politicians and their bourgeois Greens cousins who idealise and pontificate in the reality cocoon that is Canberra, are killing Australian small businesses, particularly across regional Australia, creating a regional underclass beholden to an increasingly foreign urban ruling class. 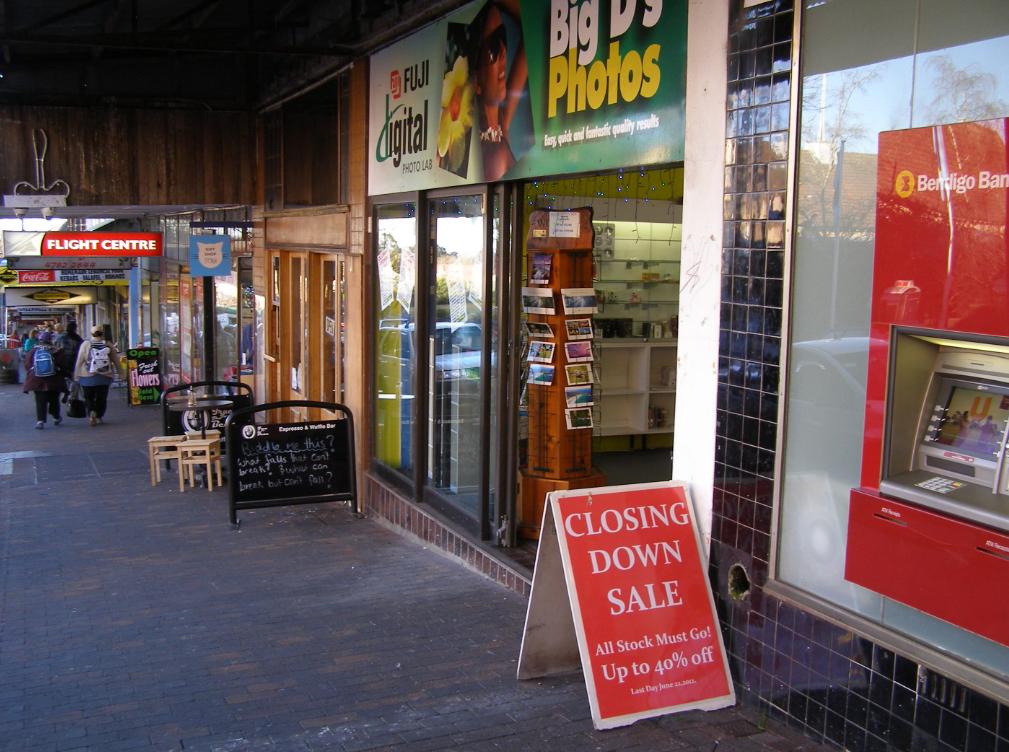 A Blue Mountains retail business going to the wall this year