An Australian legend is finally to be given a decent burial by his family 132 years after being hung by the Victorian Government in 1880.

Irish-Australian bushranger, rebel, Ned Kelly, will be finally laid to rest by his family this weekend at Greta in the North Eastern Victoria country that he lived, loved, roamed, raided, championed, evading Victorian Government and its police persecution.

Ned Kelly’s family has pleaded for privacy ahead of Ned Kelly’s memorial service tomorrow and his burial Sunday January 20, 2013.

It will have been over 132 years since the Victorian Government, a corrupt English colonial outpost then, with its Irish hate, its class-based prejudice – persecuted his poor rural family (The Kellys), drove Ned to rebellion, crime and ultimately cornered him and eliminated him. 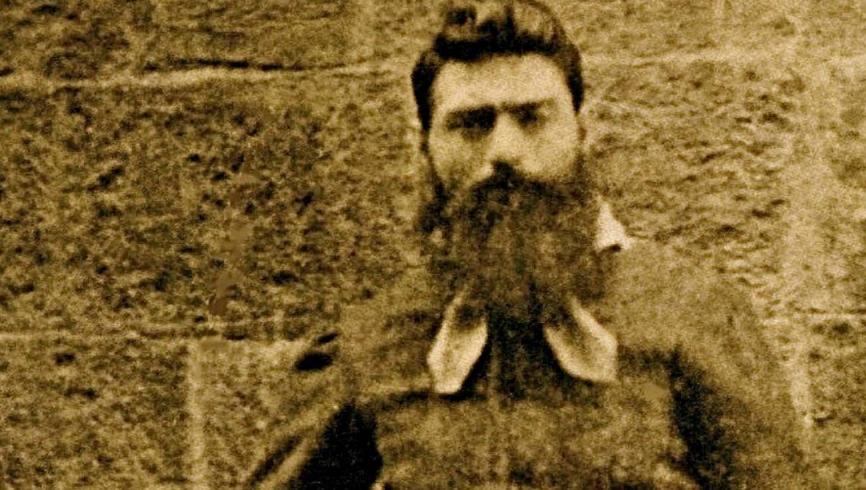 Ned Kelly was ultimately hung at the Melbourne Gaol (built 1842) after being convicted of the wilful murder of Constable Lonigan at Stringybark Creek and was sentenced to death by hanging and subsequently buried in a plain wooden box in an unmarked grave within the gaol’s grounds.

True to the Victorian Government’s persecution form and hate towards Ned, immediately after his execution before being buried, prison authorities ‘souvenired’ Ned’s head, butchered other body parts and personal effects.

Two generations later the gaol was finally closed for good in 1929 for redevelopment of part of the site to extend the Royal Melbourne Institute of Technology (RMIT) and create the Kernot Engineering School.

Ned’s skull had supposedly been put in a glass display case at the closed Old Melbourne Gaol as a macabre tourist attraction.  It was stolen in 1978, circumstantially one hundred years exactly after Constable Lonigan was shot by Ned.   Ned’s skull has never since been recovered.

On April 12 1929, during excavation, construction workers carelessly disturbed numerous convict graves including Ned’s.  So the Victorian Government exhumed his remains and that of the 33 other convict graves and unceremoniously reinterred them in three mass burial plots inside nearby HM Pentridge Prison up Sydney Road in Coburg.

Infamous Pentridge Prison was in turn finally closed for good as a prison on May Day 1997,  having been built in 1850.   True to form the Victorian Government flogged the gaol off straight away that year to property developers to building apartments “Pentridge Village” if you mind and profit from the sales; thus spitting on its incarceration memory and eradicating an entire chapter of Victoria’s history.

And yet history repeats; or is it more that the same steaming turd government delivers periodic episodes of low-life bigotry and disrespect to its citizens?

Once again, during excavation ahead of the redevelopment of Pentridge Prison in 2008, archaeologists dug up the three mass burial plots including Ned’s second grave. His remains were in separate graces, amongst those of 33 others that were exhumed from Pentridge the following year.

But yet again the Kelly’s were denied justice.  Ned’s family had to wait two years until August 2011 before being granted an exhumation license by the Victorian Government which gave them control over the remains.

In September 2011, after an exhaustive 20-month investigation, forensic scientists and doctors finally verified the human remains to be Ned’s.  A DNA sample taken from Melbourne school teacher Leigh Olver, who is Ned’s sister Ellen’s great-grandson, confirmed the remains were those of Ned.

The Kelly family, long enduring the Victorian Government and its police persecution, then had to fight the Pentridge Village developer Leigh Chiavaroli, to prevent Ned’s remains being again used as part of a macabre museum.

Makes one throw in disgust and hate.

Greedy disrespectful Fethnic, Chiavaroli lost his claim to own and display Ned’s remains and then asked the Victorian Government for $3 million compensation.

Joanne Griffiths, the great-granddaughter of Kelly’s sister Kate, has confirmed the famous outlaw’s remains – minus his missing skull – will be buried in an unmarked grave in regional Victoria, with a memorial service to take place on Friday.

“Our aim is to give Edward a dignified funeral like any family would want to. It’s obviously a very difficult and painful time. We’ve waited a long time to bury a loved family member … we just ask people to give us the respect to bury him with some privacy and dignity on the day.”

Kelly’s descendants turned their backs on a public memorial to avoid controversy, macabre tourism and to simply preserve the dignity of Ned’s burial, vowing to lay him to rest in private.

Ellen Hollow, Ned’s great grand-niece, has also pleaded for the return of Ned’s missing skull, which was not buried with his body.

“Both the Kelly and related King families are glad to have matters resolved and to be granted the variation to the exhumation licence to have Ned’s final wish (for a family burial) granted,” Ms Hollow said.

A statement from the Kelly family says they want the burial to be in keeping with the bushranger’s last wish before his execution in 1880.

“We also appeal to the person who has the skull in their possession to return it to the Victorian Government’s Victorian Institute of Forensic Medicine, so that when the time comes for Ned to be laid to rest his remains can be complete.”

And so, Ned Kelly is to be properly buried at Greta, North Eastern Victoria, where his mother Ellen lies, in an unmarked grave.  It is sad but very necessary, due to the ongoing relentless macabre intimidation by tourist voyeurs.

How much can a family persecuted over generations by government, police, press and tourist voyeurs bare?

Kelly’s father and mother were each persecuted by Victorian police during Ned’s upbringing and informative years.  Rapist copper Alexander Fitzpatrick, while drunk had rode out to the Kelly homestead on one occasion just before suppertime and tried to rape Kelly’s younger sister, while Kelly men were not there.  Nice.

Fitzpatrick was ultimately dismissed from the police force, but too late to provide any sense of  justice or justifiable provocation for brother Ned.

A wide read of Ned Kelly’s history avoiding variously biased authors, on occasion shows justifiable cause why Kelly had reason to hate the police and evade capture.

Ultimately, and this is the theme of this article; Ned Kelly and his localised outlaw gang, were betrayed by Glenrowan schoolmaster Thomas Curnow, after Kelly nobly released him as a hostage. Curnow walked at night down to and along the Melbourne railway line and waving a lantern wrapped in his red scarf to alert the Melbourne police posse and inform them about the Kellys’ location.

Due to Thomas Curnow’s betrayal, Kelly’s fate was doomed.

This betrayal compares a hundred years prior with ‘Red Alexander’, Alastair Ruadh MacDonnell, a Scottish chief of Clan MacDonell of Glengarry, who as a Scottish Jacobite betrayed his own Jacobites in the 1750s during their the Jacobite rebel assault on London against the oppressive English overlords over Scotland.

The Kelly gang’s attempt to derail the police trains (there were two) failed because a released hostage, schoolmaster Thomas Curnow who had convinced Kelly to let him go, stood on the railway line waving a lantern wrapped in his red scarf. The police then stopped the train in time and laid siege to the inn at dawn.

The Royal Commission of 1881 investigated the circumstances and events leading to the actions of the Kelly gang, and particularly the role of the Victoria police. The area of north-east Victoria frequented by Ned and the boys was officially described as ‘Kelly Country‘.

Kelly Country has become to be defined as “the triangular tract lying between the points formed by the townships of Mansfield, Benalla and Beechworth together with the country west of the railway line to Lake Rowan, the Warby Ranges and Woolshed,… about 1600 square miles”. 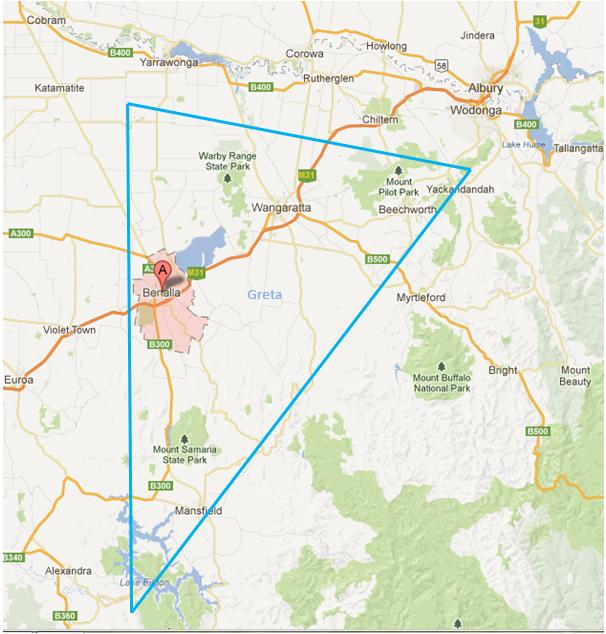 They called it ‘Kelly Country‘ then and they still do now.

Ned penned a major submission to the authorities in February 1879 known as ‘The Jerilderie Letter‘.  It outlined the events and circumstances that drove Ned to life as an outlaw to the persecutive Victorian Government and its brutal and wicked police.

Ned’s object was to launch a separate Republic of North Eastern Victoria composed of all the discontented, oppressed, police-hating selectors of the area.  Indeed, a document concerning the Declaration of a North Eastern Republic was found in Ned’s pocket after his capture, but it was quickly trashed by the police.

The Glenrowan incident did not go to plan, because the Kelys were betrayed.  Police had been warned that the rail tracks had been removed.

What ought to have been a victory battle at the site of the derailed police train and for the Kelly’s their supporters turned to an unsuccessful siege at Jones’ Hotel, resulting death for Dan Kelly, Steve Hart cand Joe Byrne and wounding and capture for Ned. 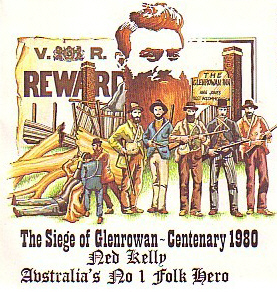 Like the Eureka Rebellion, Ned lost the battle but one a democratic war.

Due to his trial and execution and the publicity it attracted the Victorian police force came under close scrutiny via a Royal Commission and some, but not all, corruption and favouritism was eliminated, putting his fellow selectors in a much better position.

The following lines of poetry capture the sentiment of the time:

“But no one single handed can hope to break the bars
It’s a thousand like Ned Kelly who’ll raise the Flag of Stars.”

‘I do not recognise your law.’

We opt to resist.  Like the heroes of Eureka Stockade we affirm our loyalty to our Australian fellows to defend our liberties and our heritage as Australians.

~ “The Unarmed Invasion: Explaining The Politics Of The Refugee Crisis And How To Resist.” speech by Dr. Jim Saleam, Australia First Party, September 17, 2011 at Rooty Hill.

They called it ‘Kelly Country‘ then.

We call it respect. 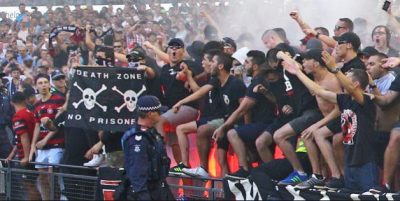 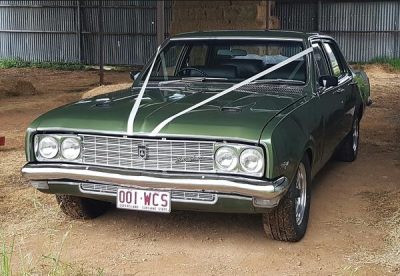 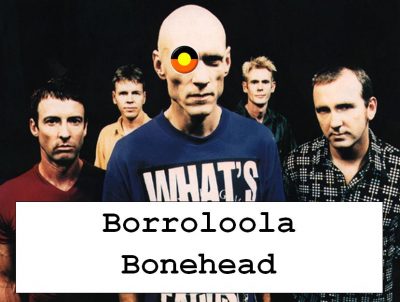