As we Australians approach our national day, Australia Day on January 26, it’s time for a good old-fashioned celebration of nationalism. 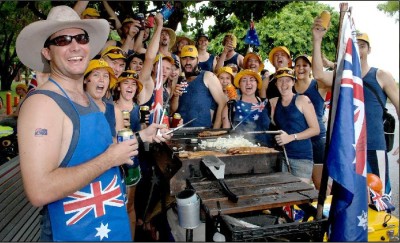 There’s plenty of the proud national feeling going around nations of the world and the movement is growing respectively especially in Europe – France, Scotland, Britain, Sweden, Greece, Macedonia, Switzerland, Ukraine, Iceland, Germany, the Baltic States and many other countries.  Even closer to home in New Zealand, as well as Fiji as it steadily repatriates dominating Indians back to India.  India and Indonesia have just voted in their new nationalist leaders, respectively Narendra Modi and Joko Widodo.

Let’s have a look at Sweden.

In Sweden’s general election last September 2014, the Swedish Democrats, became Sweden’s third largest party on the back of their strong anti-immigration policies.  Having secured 13% of the vote, they will be key in determining the balance of power.

Swedish Democrats, while an ambivalent party, are also calling for an end to the demonization of Swedes, and Swedishness in their own country.  While it might seem ludicrous for Australians to comprehend leading up to Australia Day; in Sweden immigrant numbers are so high, that for Swedes to show pride in one’s own ethnicity and state, is automatically taken as a racist act.  In Sweden, only immigrant ethnicities are allowed to be celebrated.

Immigration has become a hot topic in Sweden.  Its liberal asylum policy has encouraged more asylum seekers into Sweden per capita than any other European country. 80,000 immigrants from Syria, Eritrea, Somalia, Afghanistan, Iraq and other countries were let in during 2014 alone – the largest influx in 20 years. Most of them are Muslim and stay Muslim, rejecting assimilation.

Arguably,  Sweden’s current immigration policy is extremist.  The harm it is causing Swedes is considerable.   Government finances are strained due to the cost of the new arrivals.  Unemployment is high among immigrants and young people, and the two issues were highlighted last year, when Stockholm was shaken by six days of street violence and protests.

A recent poll showed more than 40 percent of Swedes don’t support their country’s current policy relating to refugees.  Mikael Hjerm, a professor of sociology at UMEA University in Sweden, has said, “They want a change, so they want to vote for a different party, and they find it in Sweden Democrats.”

On New Years Eve, a mosque was attacked by a firebomb in the southern Swedish town of Eslov.  The main door of the mosque was emblazoned with the slogan “Go home Muslim shit”.   A fairly clear message. 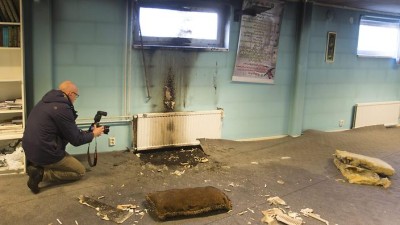 It was one of many recent attacks by Swedes against the invading Muslims.  Previously,  on Christmas Day, five Muslims were injured when a petrol bomb was thrown through the window of a mosque in Eskilstuna, east of the capital Stockholm.

The attacks come as debate intensifies in Sweden over immigration and the integration of asylum seekers in the traditionally tolerant Nordic country which is expected to receive more than 100,000 asylum applications this year, breaking all previous records.

Muslims are the problem and Swedes are angry because they’ve been pushed aside.

A notable Swedish nationalist party is The Party of the Swedes (Svenskarnas parti) since 2009, which is vehemently opposed to immigration and the harm it is inflicting upon Sweden. 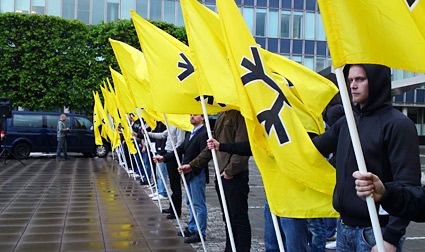 The party describes itself nationalist with a strong a belief in the importance of Swedish genetic inheritance.   The Party seeks to limit Swedish citizenship to individuals that belong to the “Western genetic and cultural legacy”.

Since 2013 its party leader has been Stefan Jacobsson. 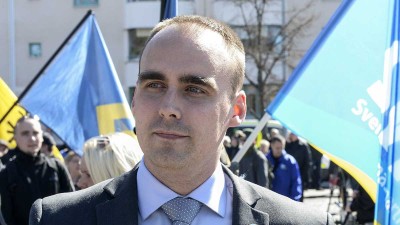 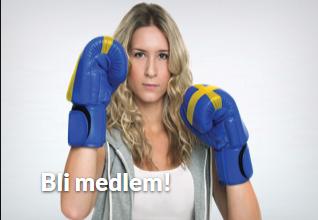 So we in Australia need to listen and learn from the Swedish experience.  We can borrow some useful ideas from these proud people. All Swedes want is to defend their Sweden and their Swedish way of life.