Pauline Hanson’s contractual support with billionaire globalist Gina Rinehart is desperate stuff.  It makes a mockery of One Nation policies being any different to the Liberal Party.

Gina can pull her purse-strings lifeline drip to Pauline any minute. So both women are on speed dial. 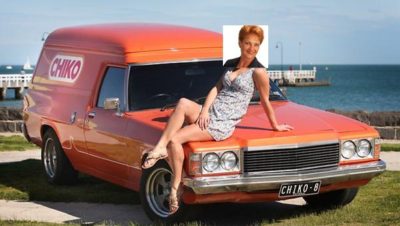 Fake nationalist Pauline has no idea.

Pauline will do anything, whatever it takes.

Beware of One Nation Foreign Imitations

..our iconic Chiko Roll made its first appearance at the Wagga Wagga show in 1951, but if Pauline (good asian) Hanson has her way…