Adidas, the choice of nutters

Allegedly, this Asian student (16) had taken 18C offence at his class mates yesterday, and so arriving at school this morning hateful, he brought his knifing arsenal allegedly nicked out of his Asia parents noodle restaurant – rather than just phoning Gillian Triggs.

Once he entered class at 8:45am the calm sober Asian in a school uniform allegedly lunged and started hacking at his class mates – a female student (15) in the shoulder, a male student (16) in the chest and then his science teacher (48) in the back because she tried to intervene.

No reports of him shouting the clichéd and increasingly rather passé ‘allahu akbar‘ thing has been noted by the media, leading police to conclude it was not Islamic.

After the chopper’s allegedly barbaric incident, all victims got ambulanced straight to hospital.

Poor bloody science teacher remains badly shaken up, and will likely be off on stress leave for years.  Don’t blame her. She deserves a massive compensation payout.  ‘Safe Schools’?  What a joke!

And politically correct police are playing the incident down as not being terror-related?

Tell that to the school kids and staff!   One student, who asked to remain anonymous, told reporters “everyone was shaken”.

“He (the Bonnyrigg Ethnic Terrorist) is not know to the police or to the school principal in any fashion. It has come as a surprise to everybody. This is not terrorism related. This is a local issue at a local school.“Their injuries are not believed to be life threatening.”

What if he brought in a AK-47 and unloaded?  Would that constitute being ‘terrorism related’?   Or only if some official terror group rang in and said:

What does it take for NSW Police to act on terror?  Politically correctness overrides proper policing?

Australian Federal Police and ASIO need to withdraw their delegation of terror response handling from NSW Police command, as clearly, they don’t know how to deal with or even spell the word “terror”.

The difference between the Bonnyrigg High School terror attack and for instance London’s terror attack at Woolwich in 2013 by ethnics Michael Adebolajo and Michael Adebowale, is that the target British Army soldier, Fusilier Lee Rigby died of his knife wounds – the two ran Rigby down with a car, then used knives and a cleaver to stab and hack him to death.

The killers did not shout ‘allahu akbar’.  Neither had prior convictions. Michael Adebolajo (left) was born in London to a Christian family. Michael Adebowale (right) – his mother is a probation officer and his father a member of staff at the Nigerian High Commission.

So not terrorists for what they did?

Australian criminal laws, police and courts nationally need to seriously review and amend the definition of terrorism, unless we want to continue to excuse to as if a petty crime and to normalize it – just like how NSW Police in ethnic south-western Sydney have normalized nightly gun crime.

While he looked the part and did good press conferences, it was he and his deputy, Catherine Burn who both botched the lawful and dutiful response to the Sydney Lindt Café terror siege.

They lost their way.  They wrongly and fatefully stepped outside their professional police roles into politics and so got PC distracted by the “I’ll ride with you” leftist propaganda siding with unhinged Third World ethnics.  Instead of acting decisively as trained and their duty instilled since Goulburn’s proven academy, the two went into a catatonic Kumbaya cultural mindset summoning “community harmony” and “tolerance”. Burns said at the enquiry:

“I needed to emphasise community harmony while urging people to provide any information that could help,” she said. “It was paramount that my messaging conveyed tolerance so as not to fuel anger which might have led to bias-motivated crime.”

Tell that to Lindt Café hostage victims Katrina Dawson and Tori Johnson and their families.

And so innocents died from bad policing judgment; Sydney and a nation now doubts police ability to defend us in our own towns and homes.

Teachers in multiculturalised Sydney ought to now be able to claim security guards, side arms and ballistic vests to teach at multicultural institutions like Bonnyrigg. 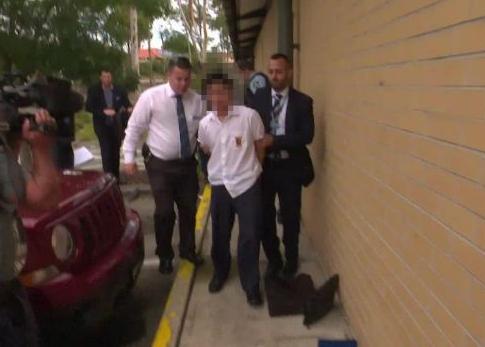 Yet NSW Police have not charged him with any terrorism offences, because multiple stabbings at a school comes within some defined terror threshold.  What is that terror triggering threshold?  – AK-47 emptied, dead bodies lying everywhere, Facebook video posted online and sent to police by an officially registered terror group claiming: “Yep it was us“. 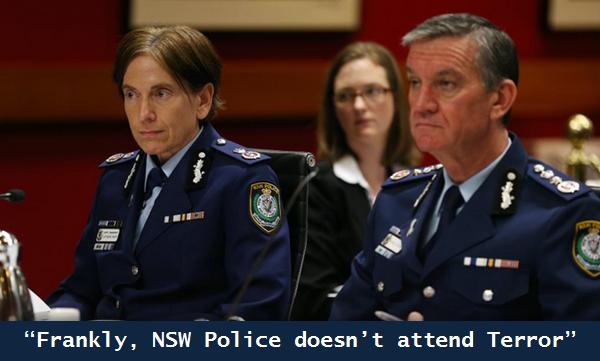 At this stage NSW Police have rightly refused the shithead ‘Police Bail’ (so he can’t return and hack the rest of the class) but he’s due to appear at a children’s court tomorrow, when the justice will probably reject police recommendations.

No doubt by then, some hateful defence lawyer will step up to support this attempted murderer and to try to con the justice by pleading temporary insanity and excusing his actions so the shithead can get Court Bail.

Then he can do a David Bradford, like on the Gold Coast and do vicious vengeance while on Court Bail.

The school might even suspend the Bonnyrigg Ethnic Terrorist and tell him he’s been a very, very naught boy for trying to hack to death his class mates and science teacher.

Bonnyrigg is really just Cabramatta.  But back in early colonial times, Cabramatta, an old Aboriginal forest, was peaceful agricultural – cohesively monocultural and all.  It used to be White Australia working class. Then since the 1960s migrant housing was imposed and foreign Asians move in, intimidating the locals Aussies, wrecking the place,.  Now it’s Saigon downunder – Asian signage dominates, crime gangs, drugs. Smart Whites have had to move well away, sadly.

Foreign Labor’s Penny Wong this week from her US junket:  “Multiculturalism has served Australia well for the past 40 years.”