The Labor Left within the Australian Greens have finally got their way.  They have infiltrated the party steadily since becoming disaffected with Paul Keating’s Labor Right in 1992.

Australian Greens leader Christine Milne has just decided to resigned from the party after only three years in the top job to move onwards and upwards probably to some global Agenda 21 posting.  Such sudden announcement translates to meaning that she’s been given another offer too good to refuse. Politically Milne has used the standard political exit excuse: ‘to spend more time with my family‘.

“After 25 years in politics (1992), I am looking forward to spending more time in my beautiful home state of Tasmania, with friends and family, and especially as I am soon to be a grandmother,” she said.  She’s been putting up with the Leftist infiltrators in the Greens for her entire political life.

So was her exit for family as she claims openly today, or ideological coercion from the emerging Leftist domination within the party or was it the irresistible offer of an international career?  We’ll all know in the next few months. Remember, Bob said he knew nothing.

Christine Milne entered politics passionately in Tasmania defending farms from a proposed Wesley Vale Pulp Mill.  No Dams champion Bob Brown, also from Tasmania had led The Greens for seven years and handed Milne the reigns after the bullying Left had shifted Greens Party platform and priorities far from saving forests, rivers and whales, on to saving Third World migrants and reviving communist ideals of social equality.  Today Brown said Senator Milne was a “big loss” for the party and that her resignation had come as a “big surprise” to him.

Di Natale has seconded Larissa Waters (38) and Scott Ludlam (45) as his willing deputies. Waters is a feminist pro-multiculturalism lawyer and a Lefty. Ludlam is a climate alarmist, pro-globalism and free trade and a Lefty. 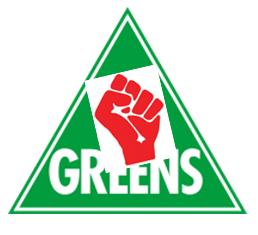 So the true honest grassroots ‘Once Were Greens’ are all but overrun by the Left and lost to the wilderness.  Like the betrayal by the Australian Democrats for secretly voting with Howard’s GST, the Greens chapter has been re-engineered today and cast to the Australian history books. It may take many the passage of time and events to come to this realisation.  Koalas are now stuffed. Traditional conservationists are stuffed.

The Australian Greens are now purely of the globalist Left, if not outright communists. They don’t use the old negative term ‘communism’.  Instead they call it “progressive” – a word traditional ordinary Australians need to be very worried about. Progressive includes similar innocuous social re-engineering terms like ‘social equality’ and ‘equal rights’.  To the Left, such equality ideals apply to welfare for all, diversity for all including Muslims, open doors for the World’s poor to influx here. It also necessitates ‘multiculturalism’ and ‘sustainability’ – and all controlled by big centralised government.

The New Greens are ‘standing up for what matters’ to Leftist ideology and Agenda 21.  All they need do is change their name to reflect their revised ideology.

‘Foreign Left Rainbow Party’ immediately comes to mind. And a more appropriate flag for this newly aligned party of the Left? 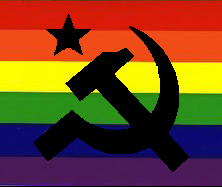