In the Hawkesbury area of Greater Sydney, the popular struggle to preserve the Windsor Bridge and Thompson Square areas of Windsor and one of Australia’s oldest towns – continues.

But it would seem that the new Liberal MP for Hawkesbury, Dominic Perrottet, will be against the cause of heritage and identity in Windsor. 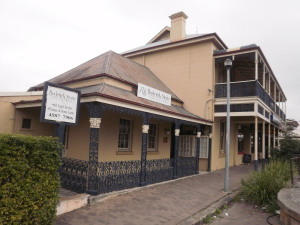 Read more about the Community Action for Windsor Bridge: 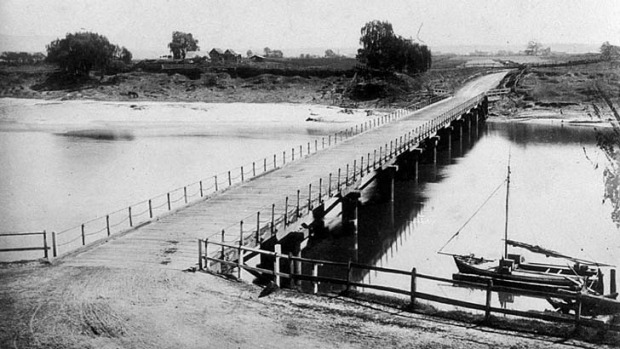 As the New South Wales Minister for “Finance, Services And Property”, Perrottet will oversee elements of the expansion of Rudd’s Big Australia staring with Greater Sydney swelling to six million citizens and the mining of sand, gravel and stone in the Hawkesbury area to facilitate this project. 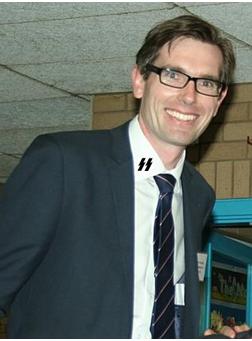 Dominic Perrottet smiling out of the pockets of corporate property developers

The destruction of the old Windsor Bridge and Thompson Square are aspects of the ‘policy’ necessary to facilitate road and barge transport for the mining project.

For the nationalists of Australia First Party, it is noted that Perrottet is a supporter of “the Conservatives”, a so-called “hard right faction” of the Liberal Party in New South Wales.

We have come across these false patriots before.

It is the case that until recently this so-called ‘faction’ was led by David Clarke, a long-term opponent of the nationalist movement. 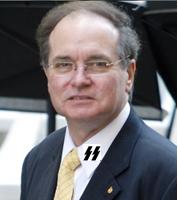 I’m on the side of God: My Honour is Loyalty

Clarke’s supporters (particularly those in the Young Liberals) had long been instructed to approach nationalist students and others in particular places and feed them the line that they were “a activist faction of the Liberal Party” and were really just like us, ideologically and politically, except that they were working to “take over” the Liberal Party and that we should “join the Liberals” and “ignore the few in Australia First” who just don’t get it that this is the way to go.

They promised “places” in the party and “promotion” as the take-over plot proceeded. Of course, all these lies were to be used to undermine the nationalists if they could – to neutralize activists and take them over (and not the Liberal Party)!

Obviously, these Conservatives as the so-called ‘faction’ now calls itself, are not friends of Australia First and nationalist ideals. They show it right now in their war against the people of Windsor over the heritage of the area.

We advise nationalists to make themselves generally aware of this special group of Liberals. As we re-develop our strength in the Hawkesbury area of Greater Sydney and move forwards in other areas, we can expect to confront them. 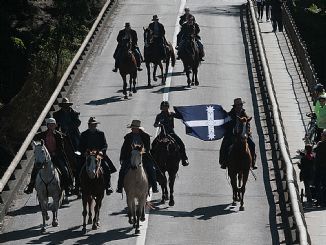 At Australia First Party we put Australia (its people, wealth and heritage) first!