Corporate developers, multinational construction companies, global real estate agents and the big banks are in exploitation cahoots.  They claim Sydney, Melbourne and Brisbane with their massive sprawl and towering apartment churn, have a housing shortage. But they drove it.  They just want to reap a lucrative share in the increasing property values by building further out, higher up and more densely.

It’s called corporate greed, and they bribe both Liberal and Labor parties with donations so that when in government, both Liberal and Labor perpetuate mass migration.  For they well know that since Australians are struggling to have families and stay in the capital cities, only wealthy migrants such as the Chinese look to provide the constant rate of demand for housing.

Millions and millions pour into the politicians coffers with the growth bribes and then hounded by notoriously vocal lobby groups like: 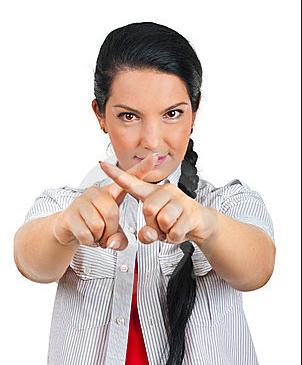 These wealthy, powerful and politically influential lobby groups have greedy vested interests and are the enemies of Ordinary Australians.

Australian families before the 1980s, in the main enjoyed a decent affordable cost of living where a father could work a reasonable job and afford to buy a home, pay off a reasonable mortgage and still support a family allowing his wife to stay home to care for the children and run the household.  It became known as the traditional family unit, and was regarded as the ideal across Western societies.  Such families have long been viewed as the core social unit that maintains people’s welfare. 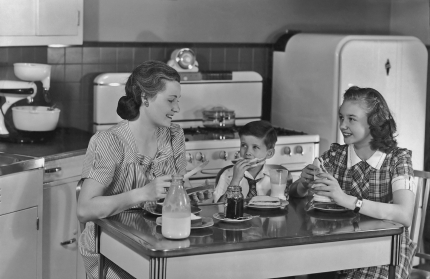 When families could afford one parent to care for the children

But mass immigration since Labor PM Ben Chifley’s post World War II immigration policy of the late 1940s, has accelerated population growth in Australia’s capital cities out of proportion.  The Chifley government’s aim was to enable Australia’s population to increase from the 7 million that it then was, to 20 million by the 21st century.  That’s what’s happened.

Chifley’s immigration minister, Arthur Calwell, promoted mass immigration with the slogan “populate or perish“.  The slogan dates to the previous war when after the massive loss of Australia’s men to war, Prime Minister Billy Hughes recognised that Australia needed labour to rebuild the nation.

But the slogan was taken and abused by Arthur Calwell as Immigration Minister, who made it the mantra of Australia’s post-WWII mass immigration policy.  But it went too far.

It has led to unrelenting sprawl, high-rise and congestion in Australia’s capital cities, particularly in Sydney, Melbourne and Brisbane because of their ethnic bases. Successive Labor and Liberal governments followed suit. Whitlam and Fraser then brought in their pet favourites from South East Asia.  Hawke then started inviting his own favourites, the Chinese.

The populate or perish mantra has been abused to the extreme and taken out of context.  It’s just like the 1958 Refugee convention designed to support Europeans after WWII, not intended to allow Australia become an economic welfare mecca to the Third World’s breeding millions. 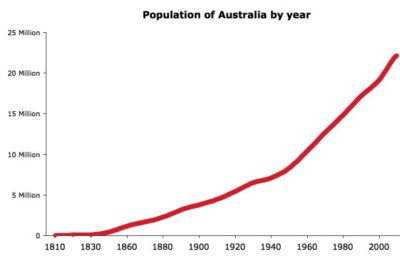 In 2016, Australia’s population has passed 24 million and continues to swell at the rate of 230,000 odd immigrants year on year. P[rpoblem is compounded now that many are from the Third World and do not contribute to our economy but suck on it.  Their rabid breeding compounded their welfare dependence.  That’s one of this lot arriving every week! 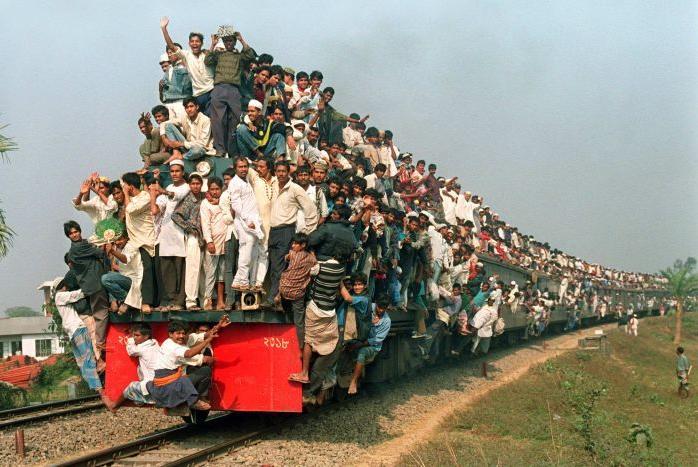 Only difference is they arrive by hundreds of plane flights spread across Sydney, Melbourne and Brisbane airports and their colours vary.

The supply shortage argument is false and misleading developer ‘growthist‘ spin, a lie.  More people than a city can cope with, means there’s not enough time or tax revenue for the state and local governments to build the necessary infrastructure or to provide the necessary public services to cope – transport, schools, hospitals, housing, etc, etc.

So demand outstrips supply very quickly.  Over time, with relentless 230,000 migrants loading on us every year, the problem has snowballed into a systemic social crisis.

Demand for housing in Australia ramped up when Chifley made his ominous ‘populate or perish’ speech and opened the flood gates.  Look at the late 1940s point in the chart below. 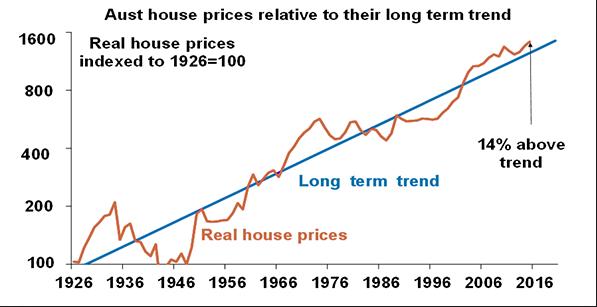 House prices in the high migrant demand capital cities have risen beyond the limit most Australian families can afford.  Wages haven’t kept pace with prices.  So whereas a single income family used to be able to afford a house and to pay off a reasonable mortgage before the 1980s, now both parents now have to work to pay off the mortgage as well as pay for escalated costs of living.  Public infrastructure and services used to be rightly funded by taxation revenue.  Now greedy self-interested governments impose ‘user pays’ charges, so effectively and unfairly double taxing us.  In Australia, politicians pay themselves $200,000 a year minimum, plus aristocratic perks and pensions – but we wouldn’t call them ‘Australian’. 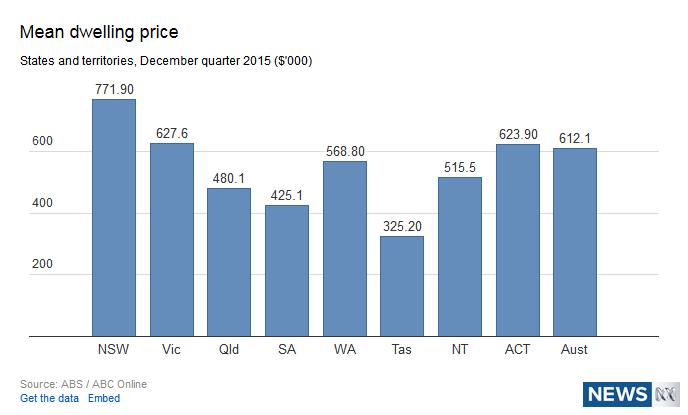 Hundreds of thousands of Australians are disappointed, distressed, and can despair that they are ever going to get anything.

2013:  Karlie Adams (30) knows how they feel. Having looked for a home with police officer husband Caleb for about a year, and having missed out on several, some by just $10,000, she says it’s tough going.

“Often, you’re not allowed to make another offer so that can be terribly disappointing when you lose,” says Ms Adams, who wants a three-bedroom home in the eastern suburbs where they can start a family. 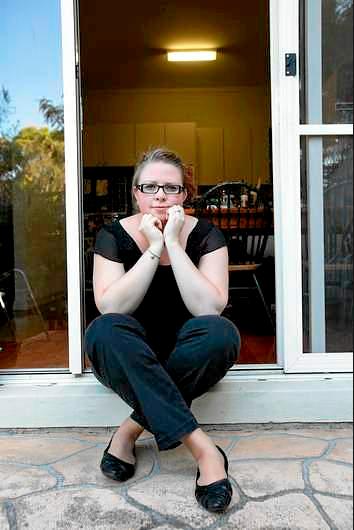 Karlie Adams has been trying to buy a house for a year, keeps losing auctions.

And that excludes all the thousands of Australians not earning average incomes – thanks to migrants stealing our jobs, thanks to Australian jobs offshored, thanks to Free Trade favouring foreign corporations to undercut and dump their production on Australia.

So thank the migrant demand.  Thank Liberal and Labor mass immigration policies since the late 1940s. 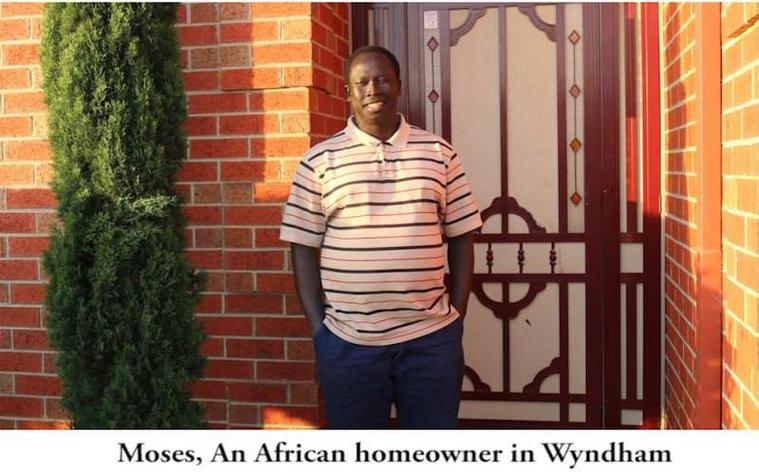 These days, the only way a family can afford to buy a house is by signing up to a massive mortgage with a bank, in which half the payments go to just paying off the interest, if you’re lucky.  The only ones who benefit are the corporate developers, construction companies, real estate agents and the banks. 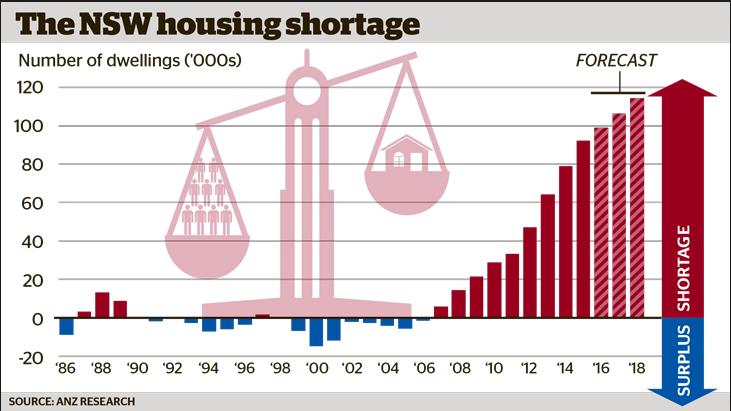 A “housing shortage”?   Try excessive migrant demand for Sydney – like locusts to crops

Not only has migrant demand out priced the Aussie backyard, they have destroyed the dreams of many of basic home ownership – even a flat! 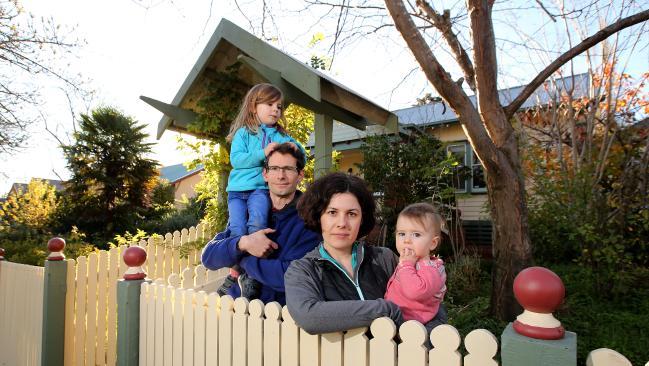 Even the lucky ones struggle:  A real house with a backyard!

Daniel and Kelly Dohle with children Elsie, 4, and one-year-old Gretel at their new home in Melbourne’s outer northeast. Both professionals, both earning good income, but even they can’t afford childcare.

Migrants keep flooding in and their demand for housing keeps escalating. Mortgages are extortionate.  Both parents have to work full-time jobs just to stand still.  Not only are the mortgages extortionate, but living costs have risen as well.  Governments used to responsibly invest our taxes on public infrastructure, now that charge us to use that infrastructure on a corrupt ‘user-pays’ basis – so double taxing.

Australian mothers now have to work to help the father meet the family living expenses, or vice versa. This includes this new foreign idea called ‘childcare’ – outsourced parenting of infants and toddlers.

Australian families have become dependent on childcare.  So the demand for childcare has also escalated.  In 2016, families are paying almost $90 per child on average for each day in childcare and the costs are even higher in city centres, where migrants have invaded, where prices balloon to $200 a head.

But it won’t be funded out of taxes really, because taxes are already overstretched to fund welfare and paying the interest off Canberra’s massive $400 billion debt, which continues to grow by $110 million a day.  Labor will just borrow again like it always does.

So Australia’s traditional family structure is eroded by financial stealth, and with it our social fabric regresses.

From on 1 July 2016, Liberal former Minister for Social Services, Scott Morrison MP, launched a $409 million Inclusion Support Programme (ISP) to fund childcare service providers to better cater for and include children with additional needs, that is, catering for children from culturally and linguistically diverse backgrounds and children from a refugee or humanitarian intervention background. 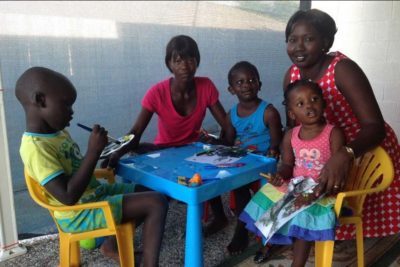