Mother-of-two Sheryl Anne Aldeguer has been “USB’d” by electrocution in Australia by a cheap dodgy USB phone charger made in China, reportedly purchased from Lebara Mobile in Campsie, ethnic South West Sydney, Australia.

Don’t have a maggot pie from that pub!

Sheryl was found dead on April 23, 2014 while wearing headphones inside her home in East Gosford on the New South Wales central coast.  She had burns on her ears and chest after a faulty charger sent 240 volts through her body, according to Fair Trading NSW. 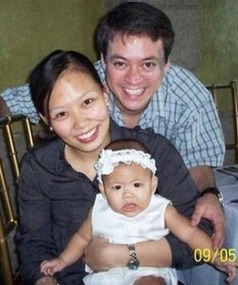 The mobile phone business faces prosecution over the woman’s death.

It is believed a dodgy $4.95 phone charger sent a high-voltage electrical pulse into her phone, which transferred to the earphones she had connected to a laptop.  Two-hundred-and-forty volts then travelled up into the phone which obviously the phone isn’t designed to handle.

Fair Trading Commissioner Rod Stowe said the owners of the Campsie business, which sold her the non-complaint charger could face fines of up to $875,000 and a two-year custodial sentence.

But still Chinese crap by the shipload gets dumped in Australia.

China dumping dodgy goods on Australia by the ship load