Normally “happy holidays” become sacrosanct – media ‘no go’ access to politicians.  So it was surprising on the couch watching prime TV on Christmas Eve to see Labor’s Michael Daley running for the Labor leadership.  Seen him before somewhere.  Daley walked and talked confidently and seemed keen as mustard for the big job, pretending to shop – replete with his family image kids in some shopping mall. 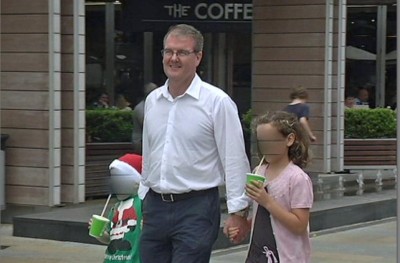 Daley:  “I’m the only candidate who has so far declared myself and I’m doing it because I’m passionate about NSW and making life better for the families who are having their services cut.”

Noble, but odd politics this time of year.

Michael Daley said on the TV that he expected the leadership ballot to be tight.  But perhaps naively, Michael hadn’t expected to be summoned to Labor’s faceless Familia on Sussex Street December 29 and to be told that it’s not what you know…

Also on Christmas Eve, Luke Foley appeared on the same TV, emerging from parliament (having hit the phones for support) telling the media that any decision to contest the Labor leadership had to first be discussed with his family.  He meant “Familia”.

Labor’s Sussex Street Familia had obviously been taken by surprise by their inserted pure union incumbent John Robertson, who had been publicly found out for doing favours on the wrong side of the populist fence.  Writing letters of support for Muslim gunman Man Haron Monis wasn’t wise with the benefit of hindsight.

And Labor had invested so much donation funded PR in their union man.  Robbo what were you thinking – migrants are good for Labor but show some discretion!

No problem.  Sussex Street have decided he’s the only reliable malleable puppet Sussex Street can trust.   All they need do is parachute him into a lower house safe Labor seat ASAP.

Foley:   “Tax on racing bets in NSW would more than halve.”   It will be implemented in two years time and the $100 million expected loss in tax revenue to the state would be somehow made up by 2000 jobs to NSW racing out of the blue, … if I get elected. 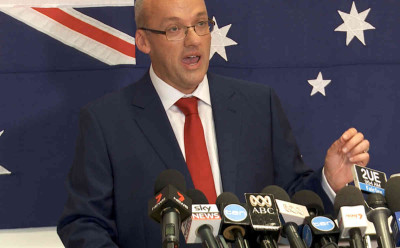 I’m from Sussex Street and I am here to help.