The Liberal government in Queensland is flogging off the last of Queensland Rail, long owned by the Queensland people.  It claims it is do so to repay the gross financial waste, extravagance and debt racked up by the Bligh Labor Government.

But public assets are not the ownership of the government of the day. They represent the wealth of the people, built up over generations. 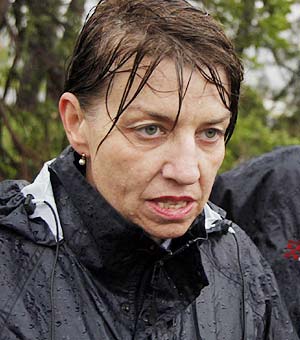 Bligh Labor bled Queensland dry, even through a flood

Labor spends until the treasury bank is empty and credit excesses cause a downgrading to the State’s credit rating.  Then the Liberals come in and sell the people’s public assets to pay down Labor’s debt.

Ruthless corporate capitalist Campbell Newman has come in with a mandate to bring Queensland government’s budget back in the black and how easy but to sell public assets he has no right to sell.  An electoral mandate is a mandate to run Queensland not a mandate to sell the Queensland farm

Queensland Rail, or QR National, was initially flogged by the Labor government in Queensland in July 2010, five years after a deliberate merger of Queensland Rail’s coal, bulk and containerised business units.  QR National was rebranded as Aurizon in December 2012.

It is all to return the Queensland budget to surplus in two years time and it won’t be the only public asset lost to privatisation.  What is not reported is the incredible loss of future years of revenue by the government (vital to fund public services) off to aristocratic billionaires and foreign strategic interests.

And guess who the Liberals are flogging Queensland Rail to?

GVK Group, an Indian developer of a $10 billion coal mine in Australia part-owned by billionaire Gina Rinehart, who is also jointly developing a rail line and port in Queensland.

Queensland is in the midst of a resources boom and instead of the Queensland government making hay while the sun shines and earning revenue in transportation from mines to ports, it is selling the State’s railway for a quick political buck. 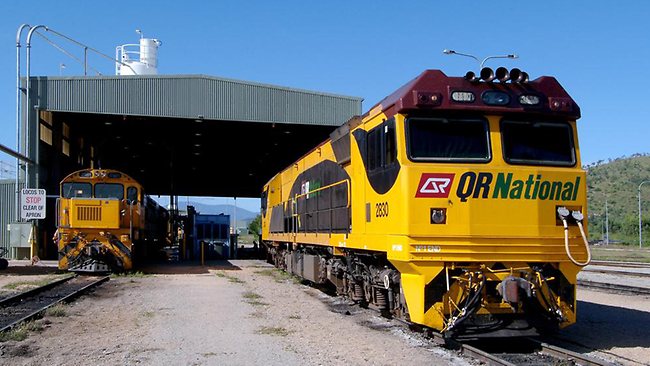