Australia’s Trade and Investment Minister Andrew Robb on the Liberal Party’s Expenditure Review Committee (ERC) has had a brain snap to flog off Australia’s domestic aviation routes to foreign airlines like China Southern.

His radical “open skies policy” for northern Australia would potentially allow cut-price foreign carriers to fly tourists to Broome, Darwin, Cairns and Townsville, as well as allowing Australians to have cheaper tropical holidays.

China Southern – cheap for a reason

The move would allow cheap foreign airlines like China Southern, Air Asia and Go Air (India) to fly tourists into these airports, load domestic passengers bound for the other city and make the return journey as a domestic flight before flying back to their home country.   It would also mean transport of air cargo.

Andrew Robb is more than happy to see foreign multinationals undercut Qantas and Virgin Australia domestically, which will inevitably kill off Australia’s domestic aviation industry.   He killed our automotive industry so he has form.  Robb calls his scheme ‘cabotage reform‘, more than aware that when you call a scheme reform, the public must think it is good.

Qantas and Virgin Australia aren’t stupid.  They are both vehemently against lifting the so-called “cabotage restrictions” on foreign carriers seeking access to domestic air routes.  They say it would be the thin edge of the wedge and would give foreign airlines an unfair advantage for nothing in return.

“It would change the economics of already commercially marginal routes in some parts of Northern Australia, which a number of regional carriers have been serving for decades,” it said in a statement.  “This would be the thin edge of a very large wedge, with overseas carriers willing to render point-to-point domestic routes unprofitable in order to increase their traffic in-and-out of Australia.” 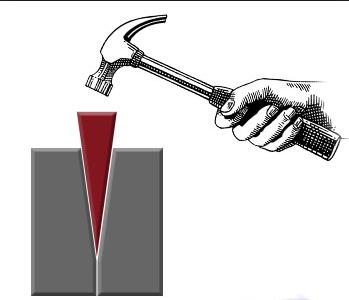 Economic Rationalism for the benefit of foreign multinationals

Virgin Australia said that allowing foreign airlines access would fail to recognise to the essential role domestic airlines played in supporting Australian industry.  It also warned that the outcome would be network rationalisation whereby aircraft were redeployed onto higher-yielding routes at the expense of marginally-profitable or loss-making regional routes.

Andrew Robb: “But air travellers in Northern Australia could soon be flying for much lower fares.”  It will open up tourism in the wet tropics.”

But flying from overseas airports direct into the north isn’t economically viable because there is a lack of demand (small populations). And in any case Australian aviation standards – arguably the most stringent in the world would not be able to be enforced on foreign carriers.  Crashes across northern Australia would become a common occurrence like in Asia.  Australia has an enviable aviation safety record. Anything that could erode that record must be avoided.

But Robb has a hidden agenda.  It is just like his secretive deals with the Trans Pacific Partnership.  How much in the pockets of multinationals is he?  Everything Robb touches is against Australia’s national interest. He should be charged with treason against the Australian people.

In the 1990s, the Liberals under John Howard flogged off Australian National Line (ANL) to foreign multinational P&O and so destroyed Australian cabotage in coastal shipping.  In 2012, Gillard Labor introduced more so-called ‘cabotage reform’ with the spin that it would revitalise the Australian shipping industry and enhance efficiency and competition. However, almost 3 years after their enactment, the 2012 reforms have failed to revitalise the Australian shipping industry and have come under strong attack from just about every industry stakeholder for subjecting carriers and shippers to a system that is inefficient, anti-competitive and cumbersome.

Cheap foreign scab labour has since beset the shipping industry and the working conditions are Turd World.

Such treacherous sell off of Australian domestic air routes is yet another example Liberal Party propensity to flog off our national wealth and sovereignty to multinationals according to its selfish ideologies of economic rationalism, free trade and globalism.  This latest ruinous scheme is part of the Liberal Party’s proposed White Paper on Developing Northern Australia, dubbed ‘Asianising Northern Australia‘.

Andrew Robb’s economic rationalist mate, Treasurer Joe Hockey (of middle eastern descent), sees northern Australia north of the Brisbane Line and ripe for flogging off to foreigners, describing Northern Australia as an “extraordinary area of untapped promise” – code for national wealth to be flogged.  Hockey’s two national budgets and his various consultant reports (Harper Review and Pivot North) outline a massive plan for transport and water infrastructure to set up norther Australian for a massive population.

Andrew Robb’s brain snap must be a relapse of his depression episodes.  Perhaps selling off Australian national wealth makes him feel productive and happy instead of taking Prozac. Andrew Rob is unfit to be responsible for Australian trade and finance. 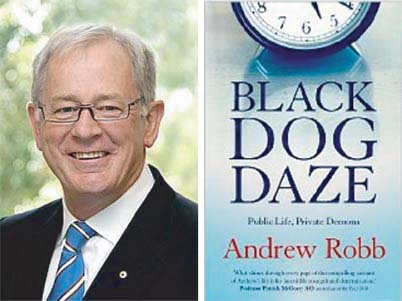 Deal with your brain snaps, but not at Australia’s expense!