One was skimming through The Australian newspaper when the following critique by economics editor, Judith Sloan, caught the eye, specifically the byline:  “If the Left really wants to redistribute wealth, it should start by growing the pie.”

“Latter-day Das Kapital seen but not read by caring-sharing crowd”  in The Australian, January 06, 2015.

“I was skimming through the list of last year’s best sellers and was amazed to learn that Thomas Piketty’s Capital in the Twenty-First Century was up the top of the nonfiction list. It’s not an easy read; and very long (700 pages).

My guess is Piketty’s book is up there with Das Kapital, The Population Bomb and Rules for Radicals as a must-be-seen book on the shelves of all self-respecting ‘‘progressives’’. Its absence would indicate a lack of compassion for the underclass, a failure to worry about poverty and income inequality.

Mentioning Piketty’s book — it may not actually have been read — has become akin to wearing a variety of coloured ribbons, donning assorted wristbands, giving goats as Christmas presents and attending as many writers’ festivals as possible.

To disagree with Piketty is simply impossible in these caring and sharing circles. Mind you, his idea of a confiscatory global wealth tax may be taking it a bit far even for those lolling in their chairs under the tent erected on the Adelaide parklands listening to the usual suspects — think David Marr, Jane Caro, Waleed Aly. 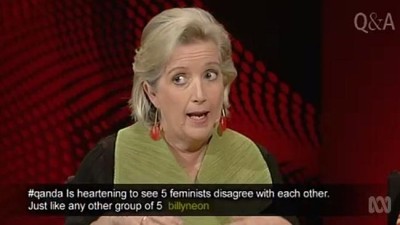 Jane Caro, The Sanctimonious, safe and secure on ABC’s Q&A

But if the release of Piketty’s magnum opus were not good enough, along came a paper — to be sure, a mere working paper — from the Organisation of Economic Co-operation and Development later in the year.

(Such a wonderful organisation — the OECD. Located in a picturesque part of inner Paris, it’s only appropriate that the staff don’t pay any tax, given the worthy output they produce. There’s no inconsistency with the organisation’s advocacy of big government and its desperate attempts to make multinational companies pay more tax.)

Entitled ‘Trends in Income Inequality and its Impact on Economic Growth’, it is written by a single author, Federico Cingano, previously from the Bank of Italy.

The Guardian editors couldn’t believe their luck when someone from the news desk stumbled across the paper, or the executive summary, at least. The headline screamed: “Revealed: how the wealth gap holds back economic growth”. And if that wasn’t enough, the subheading read: “OECD report rejects trickle-down economics.”

Hmmm, I thought. This is a novel conclusion, even for the left-leaning, statist OECD whose normal line is that there is a trade-off between efficiency (which may involve greater income inequality) and equity (which can be achieved by aggressive tax and transfer redistribution). Here was a paper saying higher income inequality in a country leads to lower economic growth. It’s the equivalent of the second coming for the Left.

But, hang on, it might just be worth going to the source (of course) to see how the author arrives at this counterintuitive conclusion. Using an unorthodox — nay, exotic — estimation technique, Cigano uses data from OECD countries measured in five-year intervals between 1970 and 2010 to model economic growth.

(Sloan here gets stuck into Cigano’s inconsistencies, delving into economic theory, statistics, human capital, etc;  but one gets the gist).

“…There is no doubt that the debate about inequality will continue to be waged this year and in years to come.

But if anyone can refute the case for having a bigger pie before you try divvying it up, I’d like to hear from them. I’m just sure I won’t find the answer at any writers’ festivals.” 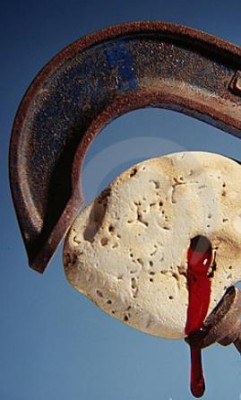 Sloan in her article, essentially is critical of the Left’s inability to grasp the need for wealth creation (making a bigger wealth pie) and how to attain it.  Rather, the Left devotes all its time and energy on spending, or plotting how to spend, other people’s wealth.  They’re happy to ride the billy-cart down the hill, but let others tow it back up the hill.

The challenge of wealth creation is one of problem avoidance for the Left, and that is why they study not economics and business disciplines at taxpayer funded universities, but politics and humanities.   They let others do the wealth creation, so they can spend it.

It’s why “Socialist Economics” remains an oxymoronic theory.  Since Karl Marx, so long as they are convinced that they are society’s “progressives”, they will maintain their sense of entitlement to the wealth generated by others.  It’s why the Left are a cancer on society. 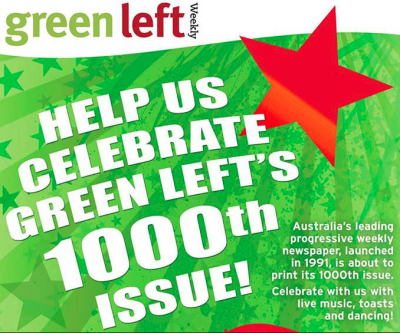 1000 issues and the progressives are still convinced they’re progressing