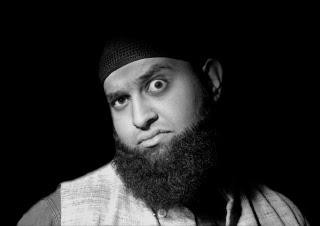 “Welcome to the Muslim Appropriation and Rectification Council of Australia (MACA).

An organisation that has been established to support Muslims in their quest for a happy life in this country. An organisation to set out the rules in Australia – FOR Muslims. Break these rules and you guessed it – you’re going to ‘Maccas’! Which, as you will find out, is a bit different to Mecca! 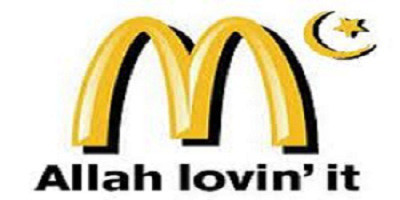 Let’s get a couple of things straight. MACA is not an anti-Muslim organisation. It preserves your right to worship anybody you want. If you want to face east, drop on to your bath mat and mutter things to some prehistoric middle eastern deity five times a day, no problem. But, you do it on your own time. In Australia! If you want to live here, you need to have a job. It’s how the place was built. So by all means do your thing. You can worship Allah before you come to work, at morning tea time, at lunchtime, at afternoon tea and of course after dinner. If you want to go to the Mosque after hours – no issues at all. But you cannot collect the ‘sausage roll’ or the disability pension and then spend your life running back and forth from ‘Cennerlink’ to your mosques while we pick up the tab. We don’t pay for you to practise your religion full time.

The first principle of MACA is that of Hate reduction. Religious Hatred is abolished in Australia. Here – if you send a text or a letter – or even say words that threaten violence or murder, you’re up in front of a Beak and jailed. The charge is called; “Threat to kill”. You can’t do it here. Do it in your mosques, like you do, or between your Imams like you do, and we have what we now will call the final solution for non-compliant Muslims. But more on that later.

Next, this business of mutilating your women. It’s barbaric. It’s ridiculous. It’s disrespectful. It’s evil. But the people of MACA also respect beliefs so the solution is an easy one. If you want your wife to be separated from her clitoris because you labour under the misapprehension that she will run away with other men if you leave her intact, then there’s a counter  measure. You lose your balls. That way it’s fair. You won’t stray either. Sure you won’t father any more Muslims but that is called the trade off. Like I said, MACA is nothing if it’s not fair.

While on the subject of your women; this business about annexing young underage girls as wives. It stops under MACA. Children are just that. Not old enough to make choices. Interfere with a girl under 16 in Australia and you are a paedophile and will be placed (hopefully) on a sexual predators list. Same goes for us lot. If you want a new wife she has to be 18. You go round to her place for dinner and if her parents like you, you’re in with a chance. You can’t just pick one you like at any age you like. Simple.

Now for that thorny subject of HALAL. Or as we know it, Muslim extortion. We are not going to abolish it altogether. If you want to pay a silly tax on your food because some bearded bloke has come along and extorted money to put a stamp on it then that is your strange and inalienable right. But not on food produced by non-Muslim or Australian companies. We don’t believe in paying an additional ‘tax’ or extortion money on the promise that you lot will then buy our food. Don’t like it? Grow your own. Simple. Want to flog it to other Muslims? Pay your bloody HALAL ‘tax’, but not on our grub.

Now many of you are laughing all the way to the bank at our expense. Not anymore. Live here? Work here! Simple. If you can’t find that perfect Muslim job then one will be found for you working for local councils or tilling the fields or picking our fruit or a raft of other potential employment opportunities.

In Australia we WORK for a living. It’s part of life. We do it until we get old. It’s our way of life. No-one gets a free ride. And we don’t like working to support you lot while you pretend to be disabled while you go to Mosques all day to hear hate messages about the very people who clothe and feed you. Surely even you lot can see the irony in that!

If you, like that clown in Sydney the other day, decide to kill Australians you too will die. And your extended family will be deported. No questions asked. We made a big mistake with that bloke. He pretended to be disabled and raked in a small fortune in payments… from us!

Now if a Muslim reckons he is disabled, he will go up on the hoist to be thoroughly checked out and if it’s bullshit, as it is in most of your cases, you are put back to work or you can live off the generosity of your own community. If you can afford big expensive mosques, you can afford to look after your own crook Muslims. Bit like the Salvation Army and every other church in Australia does.

“If we can support our own pensioners and sick, so too can you support yours.”

And finally the extremely thorny subject of “How do you deport a Muslim who has become an Australian citizen?” Easy. MACA will revoke your citizenship and, because we have pumped billions of dollars and many lives into IRAQ over the past decade or more, MACA will be annexing a corner of this vast hate-filled brown land over there in the middle east – which is your normal environment – and send you there.

You can learn to grow you own food and build own houses and mosques all you like and if you blow anybody up over there or decide to live with violence, we know exactly where to bomb you. You can even call it Islamic State if you like. We don’t care, just as long as you are rounded up. 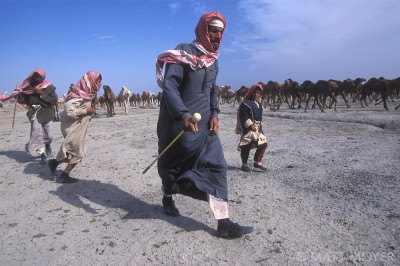 Let’s face it. The world is a tough enough place to live anyway, but people have done so for thousands of generations without having one tribe who wants to hate and kill all the others. So we don’t stand for it. Do it, or even talk about doing it, and you are off to this magical new holy land set up solely for you. Which is a very nice gesture on our part, all things considered. It’s called the final solution. We aren’t barbaric. We will give you a patch of dirt to live on and you can do what we did in this country. Carve ourselves out a life.

You can have a mosque on every corner if you like… but your world will be just that! YOUR world. Not ours!” 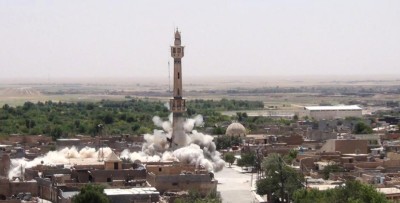