A game-play by Tony Abbott suggesting immigration should be cut by 80,000, brought out the usual ‘immigration is good for the economy’ propaganda amongst politicians and media. However, while all were carrying on the game was ignored. Abbott actually said:

“My issue is not immigration; it’s the rate of immigration at a time of stagnant wages, clogged infrastructure, soaring house prices and, in Melbourne at least, ethnic gangs that are testing the resolve of police….”

So it is the rate, the imbalance, certain problems – not the idea of it as such. 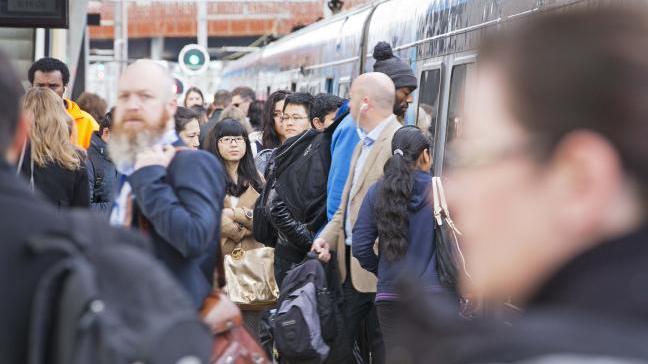 Shanghai Vision:  Sydney’s population is set to grow by 2.6 million people in the next 30 years to 7.3 million, adding even more strain to road, health, education and open space.

And that sort of rhetoric does attract many ordinary folk who are not really listening to what is really being said. Then they vote Liberal and stay quiet waiting for the Liberal Party to address the problem. They never will.

Does Abbott know this? Yes,’ cos his hero John Howard played that game in 1988 and again with Pauline Hanson in 2001.

The Liberals fear a real movement of dissent over immigration.

Australia’s ideal sustainable population is that of 1966 before Liberal PM Harold Holt went anti-White feral – thank God the communist sub got him.

In 1966 we had 12 million for the green habitable bits. Australia’s habitable land takes up approximately 10% of the actual land mass, with 90% being ‘termed’ uninhabitable.

Lots of law changes and deportation required to restore White Australia back to lucky country dreaming.