So Labor’s fairytale Queensland victory is starting to unravel.

Labor’s token Aboriginal candidate for the whole of Cape York Peninsula after elected into parliament in Brisbane has now told us he is a convicted thief and wife-basher and has a litany of past offences. 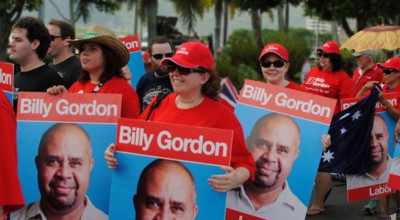 Mr Gordon issued a statement March 28, 2015 that revealed his criminal history in Far North Queensland dating back to the 1980s, including break and enters and an apprehended violence order taken out by his mother to protect his wife.

Nice.  Good to see Labor does its background checks of its candidates. What do we pay ASIO for?  Who in Labor knew this and when?

Even a phone call to the local copshop at Mareeba would have revealed Gordon’s criminal form and unfitness for public office.  Gordon is a product of Labor’s trusted pre-selection process.

The Far Far North Queensland electoral district of Cook is 80% Aboriginal and 80% the size of Victoria. Most rely on welfare and so vote Labor. 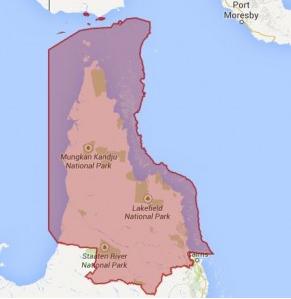 Brisbane Labor’s Peel Street HQ mission:  ‘Fly up to Cairns and find some black fella that’s popular with Cape York black fellas and offer him the Labor gig. If he’s black they’ll vote for him.  Here’s the contract and union slush funds.‘ 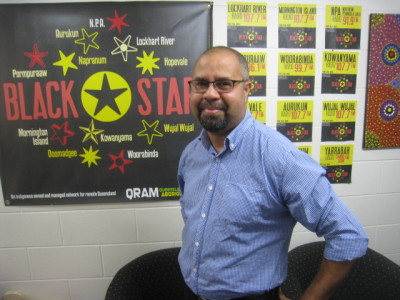 Clearly Labor faceless are in charge, not the Labor leadership.  Premier Palaszczuk at a press conference in Townsville over the weekend stated, “It is a past that isn’t pleasant and it’s a past that was kept from me and the deputy premier.  “I’m appalled and I’m shocked and I feel sick to the stomach.”

Ms Palaszczuk said she said would write to state secretary of the party Evan Moorhead to have the first-time MP expelled.  She also wants the party’s pre-selection process reviewed, adding that Mr Gordon was a former federal candidate.

But when did Palaszczuk know of Gordon’s criminal background?

Labor’s incompetent, wasteful and untrustworthy Premier Anna Bligh in Queensland was comprehensively ousted by Queenslanders on March 2012 with the worst defeat of a sitting government in Queensland history (losing a whopping 44 seats).  Once incoming Campbell Newman’s Liberal National Party took office, the Labor Party had three full years to regroup, get its act together, rebuild electoral trust, devise a policy platform and to select worthy candidates to challenge the LNP for power in 2015.

Labor withdrew into itself and only ethnic Annastacia Palaszczuk, member for Brisbane’s urban immigrant centre ‘Inala’ (the safest Labor seat in Queensland) and under the Bligh Ministry in charge of multicultural affairs, was the only one who put up her hand to lead Labor in Queensland. Try spelling her name without looking. How did they manage “Pallishay” as the pronunciation?  Obviously Anglicized for voters.

After taking the Labor leadership in opposition, Palaszczuk said, “We need to make ourselves relevant to voters. We need to get back to our basics. Workers’ rights, protecting the environment, investment in education—these are core Labor principles and somewhere along the way we simply lost our way.”

Sounds good, but what would she know as yet another Labor career politician with a law degree?  Inexperienced Palaszczuk is simply another Labor puppet parachuted into power because she can speak to a crowd. Sound familiar?

Only Campbell Newman’s arrogance and bullying threat to sell public assets saw Queenslanders reject him from having a second crack. Palaszczuk snuck into office on the thinnest of margins, because false ‘independent’ Peter Wellington on the Sunshine Coast supported Labor not the Liberals

Now we learn that one of Labor’s rushed candidates for the 2015 Queensland election was dodgy.  Gordon’s position is untenable.  Premier Annastacia Palaszczuk on Friday March 27, 2015 sacked her MP Billy Gordon from the Labor Party over a string of his undeclared criminal offences. Ms Palaszczuk also referred Mr Gordon to police amid allegations he abused a former partner a decade ago.
Billy Gordon’s vision for the Queensland Aboriginal seat of Cook (Cape York Peninsula) probably took ten minutes by Labor’s faceless to cobble up,and Billy said that’ll do:

What a brilliant imaginative political platform!