Our friends in Nationalist Alternative have written an excellent item debunking the ‘mainstream’ delusion. We commend it. We thank them for their political support of Australia First Party.

‘Mainstream‘ is an ideological concept promulgated by those in power who seek to perpetuate their own self-interest to stay in power.

Right now, Australia First is also engaged in a new struggle against mainstreaming whereby certain young people concerned about the Islam question are being offered civic patriot and establishment party options. This is occurring generally with groups close to the Reclaim Australia Rallies and in Western Sydney where the youth are being offered assorted frauds dished up by people connected to the Young Liberals. 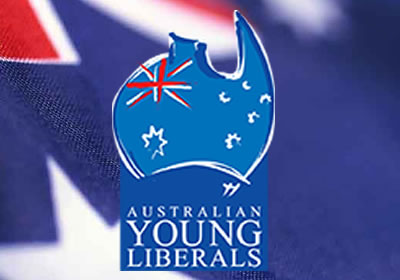 We will say more on that in due course. 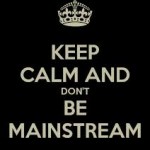 “When one becomes a Nationalist activist, one steps out of what appears to be the mainstream.

Humans are social animals, so this action is naturally uncomfortable. The temptation to go back to the safe arms of mainstream politics, mainstream ‘safe’ opinion stays with you, and some of us may eventually yield. We find reasons to drop our beliefs or convince ourselves that we can change the system from within. We might decide to join the Labor or Liberal party, perform the necessary Liberal/Politically Correct obligations and convince ourselves that one day, some day, we may change these parties from within. This may be worthwhile, but the evidence so far is against this as an optimal strategy.

The Nationalists in Europe have found greater success going their own way with their own parties, than in reforming existing parties from within. We’ve seen parties like UKIP (not officially Nationalist, but closer), Jobbik, Svoboda and Golden Dawn grow, but have witnessed little of any corresponding shift in parties such as the LNP or the Republican Party or the UK Tories, parties which are perceived by many of us to be the most suitable to be subject to change from within.

Nationalist Alternative stand outside of the mainstream comfort zone, but we take care to ensure that stepping outside the comfort zone does not mean stepping into the crazy zone, as one who enters Nationalist politics can so easily do.

We talk about race. We discuss the implications of multi-racialism and we openly state that the anti-white brigade is working towards our demise, and that we reject it.

Yes, we are people who want to preserve our race, among other goals, such as reaffirming the Australian identity and protecting our sovereignty.

These facts place us outside of the political world that Clive Palmer, Jacquie Lambie or that even Pauline Hanson find themselves in. With the exception of Australia First, which perform the impressive task of maintaining themselves as a federally registered political party AND addressing the issues that we address, all other parties fit within the Liberal mainstream.

The Sex Party, the Australian Motoring Enthusiasts and even The Greens stand within the same political sphere that Labor and Liberal stand in – the politics of Liberal Democracy and the politics of the status quo.

Socialist Alliance may consider themselves as ‘alternative’, but their platform – gay rights, refugee rights, mass immigration, the end of national identity and an economy managed by bureaucrats – is the same basic platform of modern Liberalism.  Socialist Alliance and Socialist Alternative are not an alternative to the two-party system, they merely represent where our neo-Liberal Democracy is heading towards anyway and appear to be an alternative to young, naive students who refuse to realise that it is they who are the establishment now.

Yeah yeah.  Just to get Labor back in Power.

Parties which may be opposed to immigration (except Australia First), still make the necessary propitiations towards multiracialism and assimilation.  It is precisely for this reason that none of these parties can change anything in Australia, and it is for this reason that Australia (and the West) seems to continue to decline without deviation or without breaking stride.

Our problem, ultimately, is that socio-political path that we are taking, the one that we have been taking since about World War 2 or shortly thereafter, the one that all mainstream political thought considers ultimately correct.  The path of Political Correctness, also known more descriptively as cultural Marxism.

Mainstream politics therefore all falls under the umbrella of the religion of Political Correctness. Sure, there are schisms, but the primary schism is between Liberals and “Conservatives”, with “Conservatives” being nothing more than a Liberals who are about one generation behind.

Conservatives believe that Liberalism was good and proper up until some point in time, at which then they decided it all went wrong.  As time goes by, that point in time which they agree that Liberalism was good, moves forward, therefore rendering the Conservative movement as a movement which doesn’t nothing more than eventually agree with everything Liberals ever did.  This is the essence of why we are what we are.

Multiracialism, the ideal of Western self-destruction, forced equality of outcome, the dissolution of the family, of society, of the nation and of the race. We reject the charge of ‘racism’, as the term ‘racist’ is itself invented by Marxists in their thoroughly debunked and discredited social theory.

To make such a point, one cannot be so-called ‘mainstream‘.

In short, to be ‘respectable’ and mainstream, one has to commit to being ineffective and accepting the path we are on now, and lying about what we all see and observe.

This is the harsh reality for Nationalists. If you want to be ‘mainstream’, to have your political views respected by ‘mainstream’ politicians and the media, you have to ditch them and un-see that which has been seen. Period. There is no being accepted politically by mainstream politics AND protecting your people and your heritage. The former is working to destroy the latter.

This doesn’t mean however that you have to explicitly lay down your political views completely to everyone all of the time. It is one thing to avoid dealing with controversial issues and run from them, and another to selectively choose the time and places which you bring it up. It is one thing to commit to fighting for your identity and people but choose times when it is prudent to do so even if the opportunities are rare, and another to shirk the duty altogether.

As Sun Tzu in the ‘Art of War‘ states…

In the last decade, we have witnessed more and more overt messages against cultural Marxism, against the anti-white brigade and their program of turning Western nations into a diverse morass at the expense of the continuation of our people and culture.

The PEGIDA marches, the rise of Golden Dawn, the popularity of Front National and UKIP. While they may not be overtly “politically incorrect” and may at face value still argue they are not fighting the fight, the fact remains that within these ‘far right’ movements, the ideas which we think most would find unpalatable and objectionable are coming to the fore more and more. It won’t be that long before because our politics is no longer “fringe”, but part of public discussion, echoed by many groups and people.

Until then, all we can do is facilitate this transformation, and set an example to the many others out there that one can discuss and address these issues and still maintain a greater integrity and image than the mainstream sell-outs and traitors.