Consistent with the U.S. Center for Disease Control (CDC) public health protocols, Hickox was compulsorily screened by a heat-scanning gun on arrival back in the U.S.   She was treated just like every other Ebola Worker and like all travellers from now Ebola-contaminated West African nations.

Hickox on arrival in the U.S. was detected with having an elevated temperature.  Due to her travel to Ebola West Africa and her role as an Ebola Worker, U.S. Center for Disease Control protocols stipulated she was required to stay in a precautionary isolation tent at Newark University hospital until the following Monday and to be tested for Ebola.  If found to be Ebola-negative, Hickox was required to then remain in 21 days in isolated home quarantine.

Twenty-one days has been officially deemed the maximum medical quarantine period in which the Ebola virus can incubate in a person exposed to the virus, before Ebola symptoms show – typically high temperature, a fever and perhaps vomiting, etc.  So the U.S. Department of Health orders are that Hickox must remain isolated in her home until 10 November.

Rightly, the U.S. Department of Health is trying to combat the disease, with which four people have been diagnosed in the United States.  Several states have adopted measures over and above what is called for by federal health authorities.  The north-east state of Maine, for example, says it will isolate any healthcare worker returning from the Ebola-stricken west African countries of Guinea, Liberia and Sierra Leone.

Voluntary Home Quarantine is not Working

But Hickox felt ok, and so in her naivety, decided to object to recommended 21-day quarantine.  Reportedly, since the moment she landed at Newark Airport, Hickox has protested about being treated any differently to other travellers; flagrantly ignoring where she had just been and ignoring what she had been doing – that is, treating highly contagious Ebola victims in a region in crisis with the Ebola Plague.

Initially Hickox has tested negative, but that is just days within the 21-day Ebola incubation period.  She could test positive up until November 11, but she is a young idealist know it all.  She is also a political activist, which is the real problem.  A professional nurse is ethically bound by the responsibilities of nursing care and by the ethical obligations of the profession, especially the obligation to prevent illness.

Hickox has defied U.S. Department of Health directives and those of her home state of Maine to be home quarantined.  She has defied Ebola Quarantine after a previous Tour of Ebola Duty in West Africa.  She has breached The Code of Ethics for Nurses of the American Nurses Association.

She has illogically argued in her own head that the forced 21-day isolation orders are medically unnecessary and violate her civil rights.   She has instead gone to stay with her boyfriend and he has since mixed with the unaware American public. 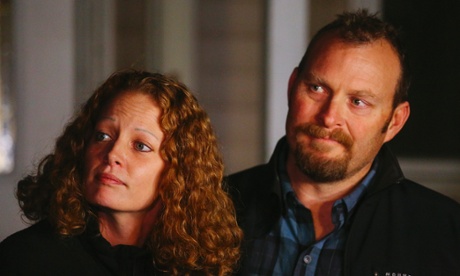 At the order of the Governor of Maine, armed state troopers have been guarding Hickox’s boyfriend’s house where Hickox was co-habiting since Wednesday October 29.  She is now Hickox is hiding elsewhere away from the media.

Selfish Hickox feels her civil rights are somehow more important that those of millions of Americans whom she could infect with Ebola.  She thinks she knows more about Ebola as a volunteer nurse, than the Health experts.

“There are other cases where individuals have not tested positive, did not believe that their were symptomatic, and quickly developed symptoms while they were out in the public.”  – CDC.

Yet headstrong Hickox ignores the fact that on September 20 just gone, African immigrant Thomas Eric Duncan entered the. U.S. on a United Airlines flight from Liberia after being with Ebola victims, but he showed no Ebola symptoms.   Four days later he complained of an illness and told nurses at Texas Health Presbyterian Hospital in Dallas he was visiting from Liberia.  He was released with antibiotics. He died of Ebola on October 8, 2014 in the U.S.A. and has been justifiably branded a criminal by many Americans. 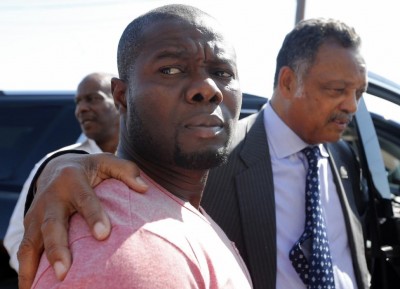 Hickox attitude is of an idealist hot-head Leftist.  She has returned to the West a second time with her anti-West attitude.  Hickox important life-saving work in Sierra Leone may be unravelled by her life taking work back home in the U.S.  She won’t even submit to a blood test for Ebola.  Hickox is making a political statement and couldn’t care if she infects America in the process.

The dumb selfish witch is a public menace.  She should be taken out – arrested by Ebola suited-up police for being a serious risk to public Health, and if that crime doesn’t exist it should.  She needs to be forcibly incarcerated in an infectious disease isolation prison ward for a minimum of 21 days to ensure she’s Ebola negative.  Her employer, Médecins Sans Frontières, needs to be held liable for paying all direct costs to U.S. authorities for the quarantine costs before she may be released upon the innocent and unaware public. Why should U.S. taxpayers pay twice when the Obama Administration is like no other nation already committing hundred of millions to fighting Ebola in West Africa, plus committing 3,000 U.S. troops – all funded by U.S. taxpayers?

Selfish and ignorant Hickox has become a public health risk to all Americans.  She may still incubate Ebola.  Instead of remaining in quarantine at her home in Maine, this Médecins Sans Frontières worker went to stay with her boyfriend Ted Wilbur in rural Fort Kent.  She then went for a bike ride yesterday in public,  just six days after being with contaminated Ebola victims in West Africa. 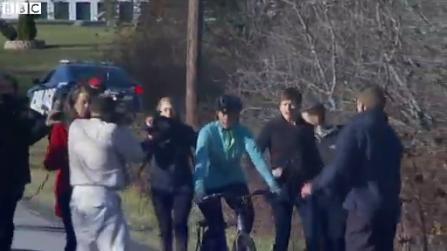 Hickox is a classic example of why voluntary home quarantine is unworkable to control highly contagious Ebola spreading.  To be effective in preventing the spread of Ebola, a strain which virologists are still learning about, anyone coming into contact with those infected, must be subjected to mandatory quarantined for the minimum 21 days.  Some virologists are even recommending a 30-day quarantine period, just to be safe.

Ebola quarantine must be in the country of infection, not after a flight mixing with the travelling public.

If Hickox wants to volunteer to treat the Third World then she needs to respect the risks and laws of the society who conditionally allowed her take the risk.  If volunteer health workers are so reckless that they cannot be trusted to observe strict quarantine, then the entire volunteer Ebola treatment programme across West Africa is unacceptable risk and needs to be shut down.

Hickox on defying national quarantine orders has chosen to make herself an unacceptable public health risk to Americans in the State of Maine.  Some would justify that she should be taken out and her home immediately incinerated to protect the public from Ebola. 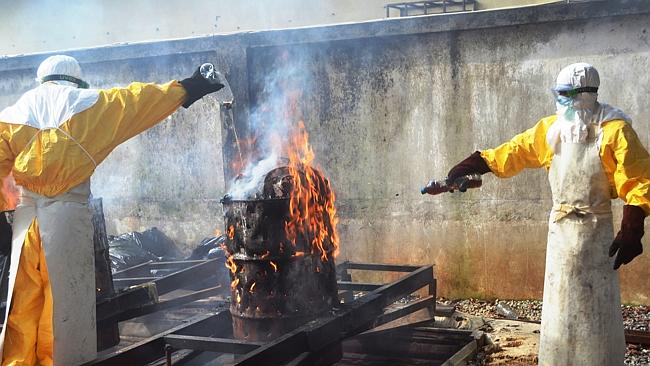 It is so typical of Leftist self-righteousness that Hickox immediately hired civil rights attorneys the moment she was questioned and detained at Newark Liberty Airport in New Jersey on Friday.  Cynics may argue that given that this transgression is her second, that political links ensured the attorneys were pre-arranged and otherwise funded beyond the affordable legal costs of a nurse.

Hey you selfish dumb bitch, you have been playing with Ebola victims! 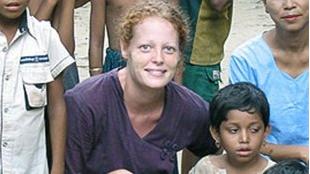 Don’t impose your friggen choice on the rest of us!

Hickox had arrived at Newark Airport from Sierra Leone with an elevated temperature detected by a heat-scanning gun.  She was forced to stay in an isolation tent at Newark University hospital until Monday, but she thinks she is special and immune.

President Obama is right:  “We have to keep in mind that if we’re discouraging our healthcare workers, who are prepared to make these sacrifices, from traveling to these places in need, then we’re not doing our job in terms of looking after our own public health and safety,” he said on Wednesday.

This Geneva-headquartered organisation is just down the street from the incompetent World Health Organisation, which has admitted mishandling the early stages of the Ebola outbreak in West Africa since 2013.  The self-righteous denial culture of both organisations seem similar, and both are in charge of controlling Ebola, which is not working.  The US Center for Disease Control (CDC) too has been substandard in preventing Ebola from entering the United States.

The problem with Ebola control is bad leadership all round.

This attitude of Médecins Sans Frontières reveals an organisational political culture that is biased toward the Third World and which is blame biased against the First World.   On October 27, an official press release from Médecins Sans Frontières website entitled  “Ebola: Quarantine can undermine efforts to curb epidemic” refuted the need for quarantine of Ebola workers for the 21-day incubation period.

The organisational justification is that such a period of isolation would likely deter volunteers coming forward to assist MSF.   In contrast, MSF media spin is that somehow quarantine based on scientific medical grounds, which flies in the face of virologists expert on Ebola proclaiming that the virus van incubate for at least twenty-one days without the host patient showing any symptoms.

Médecins Sans Frontières claims to be politically independent and impartial.   It claims to provide essential medical humanitarian aid to those who need it most, regardless of race, religion, gender or political affiliation.   That just not mean the Third World, but the First World.

Meantime, a New York doctor, Craig Spencer, who returned from treating Ebola patients in Africa has tested positive for the virus and is being treated at Bellevue Hospital in Manhattan. His fiancée, Morgan Dixon, and two other people he came into close contact with have also been quarantined, but they haven’t shown any symptoms.

A 5-year-old boy who returned from Guinea on Saturday was taken to a New York City hospital on Sunday with Ebola-like symptoms. When the boy’s temperature spiked this morning, doctors decided to test him for Ebola.

At least some are being responsible.