Killers deserve justice.  Unprovoked killer Kieran Loverage in Sydney deserved 20 years gaol with no parole.  Who cares whether the attack was alcohol-fuelled?

The New South Wales Director of Public Prosecutions, Lloyd Babb SC, did a plea bargaining deal with Loverage’s lawyer, Phillip Boulten SC.  “Plead guilty to manslaughter and you can get away with murder.”  And so soft judge, Stephen Campbell, handed down a reduced sentence of just 6 years because Loveridge pleaded guilty to manslaughter, his lawyer suggested he Loverage had “sincere remorse” and argued that Loverage had solid rehabilitation prospects.

The charge of murder was plea-bargained down by the DPP to the lesser offence of manslaughter, even though the arresting detectives were satisfied there was a prima facie case for homicide.

When it came time for Loveridge to be sentenced it was predictable Judge Stephen Campbell, a former personal injury litigation specialist, would be told Loveridge had a dysfunctional upbringing, was of average intelligence, had drug and alcohol issues and was either on bail or probation for previous offences. 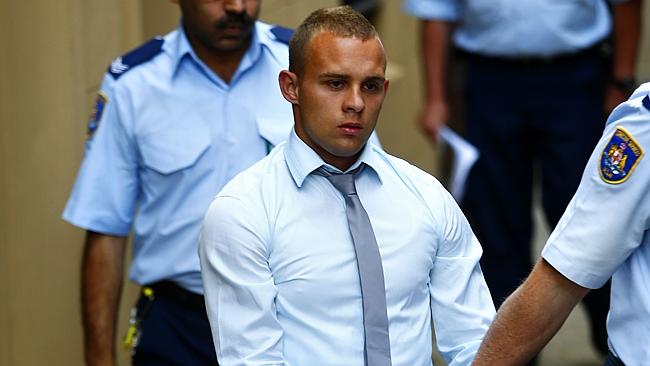 Coward Kieran Loveridge after being found guilty over the death of Thomas Kelly.

He only got 7 years after his lawyer did deals with the DPP – plea bargaining, etc.

The sentencing summation by Justice Campbell at the NSW Supreme Court claimed he could not be influenced by the grief the Kelly family felt at the loss of a beautiful son and brother.  Why not?   Justice Campbell stated: “I remain very mindful of the grief and anguish suffered by the family,” Justice Campbell said.  “But I am not entitled to treat that consideration as a circumstance aggravating the offence.”

Why the hell not? What stops a judge from saying to an offender like Loveridge: “You have changed the lives of innocent people forever and as a result I am going to change your life forever. I hereby sentence you the maximum period of 25 years.”

Unfortunately, few judges think the way you and I do. Most are hung up on the word “rehabilitation“, which seems to be the most important part of the sentencing process. I don’t think any offender has ever received the maximum sentence of 25 years for manslaughter. Most likely none ever will. So why have an unrealistic maximum penalty?

Other factors that are meant to be considered in the sentencing process, such as the risk the offender poses to the community and the need to deter others from committing similar offences, are just irritants that interrupt the main theme, giving a violent offender yet another chance.

You see, Kieran Loveridge was already on probation for a serious assault on another innocent male who made the bad mistake of not inviting Loveridge to his party. So Loveridge had king-hit the bloke. Sound familiar?

But what disturbs most of all in this whole sentencing farce was that, based on a number of similar type cases, the average “appropriate” sentence for manslaughter involving young offenders is a non-parole period of three years and six months.

That is basically what a human life is now worth – three years and six months, maybe a tad more if you are an adult, but if you are an offender who gets more than five years, you could consider yourself hard done by and certainly worthy of an appeal lodged by your publicly funded legal team.

This is not justice.  It is a charade and does absolutely nothing to deter other Kieran Loveridges from killing innocent young men on Sydney’s already violent streets.

But suggest an alternative, which is mandatory sentencing, and watch the experts jump out of their closets and tell anyone who cares to listen that regulated punishment like mandatory sentencing doesn’t work and is an assault on the independence of the judiciary.

These judges are embarking on their own Leftist political crusade of criminal clemency.  They are in breach of their duties to deliver objective justice for the community.

Life in marshmallow land under Premier Barry O’Farrell and Attorney-General Greg Smith will not change in the foreseeable future under Mike Baird and Brad Hazzard; for criminality has crusading friends at the bench running a mock, so a society’s last resort is citizen’s justice, vigilantism of old. 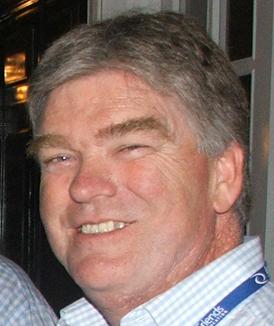 Australia currently has an inherited legal system of law or justice.  Australians in 2015 deserve a single national crimes act to rid us of archaic colonial baggage and a legal profession milking ordinary taxpayers for obscene cash, ego and idealism.

Night after night across ethnic Sydney, local media reports overnight drive by shootings and home invasions by ethnic foreigners. Typically, victims known to local police are not prepared to co-operate because the crimes are gang related. Sydney’s Liberal government is exposed as a useless populist teddy bear politician has allowed Sydney’s west to descend into gangster ghetto following the US gun culture.  How long before ordinary Australians are gunned down because some gang juveniles are just bored?

Australia’s recent ethnic crime wave is not confined to Sydney.  Ethnic crime dominates crime statistics across urban Australia.  It is concentrated in the urban areas where Whitlam’s ethnic ghettos and enclaves have been formed.  Bankstown, Logan City, Broadmeadows, Mirrabooka are all foreign urban ghettos where ethnic gangs roam, fueled by an immigration agenda that has turned its back on Australian society.

Gillard-Rudd Labor (2007-2013) starved Australia’s customs and border protection of funding and resources so that they couldn;t do their job properly.  It facilitated a wave of illegal gun smuggling to proliferate.  The Greens couldn’t have given a crock.  Since then Sydney has suffered a nightly gun crime pandemic.

As Australians lose faith in our court system to dispense Australian community values of justice, then there is a case for vigilantism.  Had Kelly had mates with him at the time and delivered pay back on Loverage on the night, killing him; the friends might have got 3 years gaol, but would have been worth it.   Loverage deserves a Carl Williams episode inside by someone who is already there for a very long time. 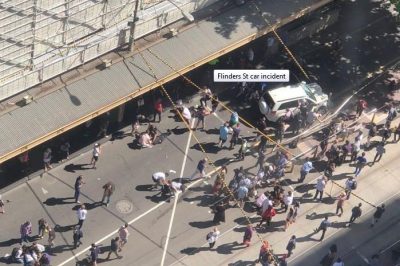 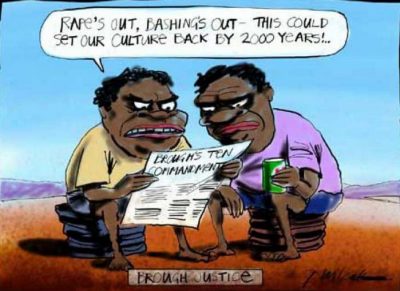 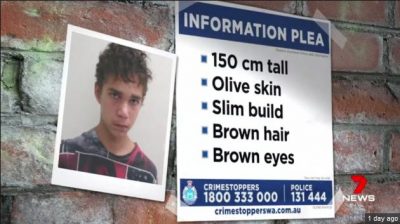