Multiculturalism is out of control across Western Sydney.  It has been accelerated by Leftist Greens-Labor’s joint mass immigration policies and their enforced multiculturalism – all thrust down the necks of the public service.

If your primitive barbaric culture says you can eat bush meat, Aussies in your workplace must accept this.  If you as a Muslim minority employee finds your colleagues eating ham sandwiches, having a beer at lunch and grabbing a Instant Scratchy ticket, you as a Muslim can report an Aussie to an Aussie employer as being “offensive” to your anti-Australian culture inside Australia.

Greens-Labor would be more culturally comfortable in Sudan or Lebanon.

Ethnics now have more rights than traditional Australians, let alone Aboriginal Australians who have been further shunned by government, media and business alike. In urban Sydney, the new black is being Muslim, except if you’re female.

The Islamic diaspora is arriving and breeding from the Muslim world – the Middle East, East Africa, Eastern Europe, Central Asia, Malaysia and Indonesia. 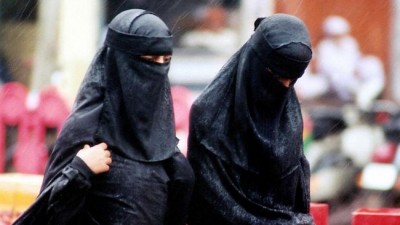 Under Labor during the 1980s, Muslim immigrants to Australia (mainly to Western Sydney and Northern Melbourne) increased from just 77,000 to 110,000.

A generation of breeding later, according to Australia’s 2011 census, there were 476,000 Muslims in Australia.  That figure has doubled to 900,000 in 2014, now 2.5% of the Australia population.   Muslims breed double to rate of ordinary Australians, especially when Labor is in power in Canberra.  It seems the patriarchal lot of Muslim women to breed and serve the husband.

Where’s the Syrup of Ipecac?   Sharia is female slavery!

And da Muslims gravitate towards cities turning Western Sydney and the northern suburbs of Melbourne into Islamic ghettos.  The Muslim population is exponentially increasing each year both by immigration and their birth rate, so it shouldn’t be long before they hit the one million mark. For Labor, it can only be for the ethnic vote. 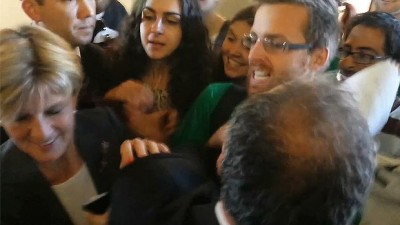 The number of Muslims in Australia will grow four times more quickly than non-Muslims over the next 20 years as the continued instability in developing Islamic countries in Southeast Asia drives migrants and refugees to these shores.

A major new study by the US-based Pew Research Centre has forecast a global surge in the Muslim population, with Australia and New Zealand among the nations expected to see the biggest rises.  This trend is even more dramatic in New Zealand, where there will be a 150 per cent rise in residents who adhere to Islam.

They come to Australia not to assimilate into Australia’s culture, but to feed off our hard-fought economic opportunities and off government welfare.  They come not to embrace Australians as their hosts and teachers, but to impose their way, their will and to sow their seeds and their satellite Muslim outpost.  They come with Muslim backward beliefs which they keep and are encouraged to keep by Leftist Greens-Labor politicians running Australia.  They come with their ethnic prejudices and rivalries unknown in Australia. 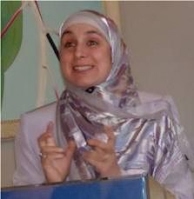 They force their offspring not to be easy-going secular Australians, but diasporic Muslims.  Muslim kids are forced to attend Muslim schools and learn the Quran.  They harbour and fester Islamic extremism from the old home country.  They are told to avoid Australian heritage, history, culture.  There is a current spate of Muslim offspring joining jihad terror cells and becoming Muslim mercenaries in a foreign Syrian conflict.

‘We face new threats like foreign fighters…Their barbaric ideology is a threat to our very way of life.’

They are invaders of Australia.  Muslims are unAustralian in every way.  They must be banned from Australian soil.  Islam is diverting billions of taxes from Australians in need to accommodating, appeasing, monitoring bloody Muslims.  Our forefathers would simply say..

Australia, this is our country.  Muslim invaders are unwelcome!   We look after our own and we don’t hesitate to help others in need, but not those in need of our land and homes.  Why did we defend Australia anyway?    Is this Australia or bloody Arabia? 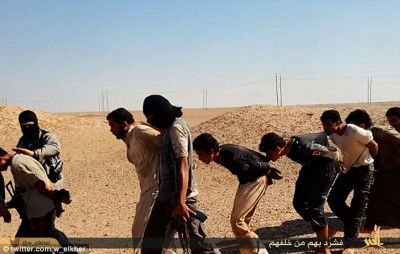 Australia now has the first Muslim in parliament.  On July 1, 2013, Leftist Labor MP Ed Husic swore his oath of allegiance not to Australians but on the Quran to Muslims.  Even Rotary Australia is naively encouraging Muslim culture in Australia. Like Labor, their membership is dwindling, so anything will do.

Muslims want orthodox Sharia Law for Australia.  It is all about patriarchal persecution ow women.  Sharia is extreme Islam insisting all girls and women wear the degrading burqa and be property of their husbands, and turns a blind eye to men beating and raping women.  Such is the testament across Western Sydney and Northern Melbourne – Labor-created Muslim enclaves.

In Sydney, Labor under Bob Carr allowed the Muslims to set up a radical Muslim-only radio station back in 1995. Muslim FM (2MFM) 92.1 broadcasts in Arabic only.

If ordinary Australians cannot understand a public broadcast such as because it does not broadcast in our nation’s official language, English, then that broadcaster loses its rights to broadcast in Australia.  2MFM promotes extreme Islamic values and beliefs and criticises Christian beliefs and Western values.   It promotes extremist Islamic views and played a pro-Islamic propaganda function stirring up the Islamic Riots both at Sydney’s Cronulla Surf Beach in December 2005 and Hyde Park in Sydney’s CBD in September 2012.

Even the Australian National Imams Council has branded 2MFM “radical” and has called for the radio station to be shut down for encouraging a Muslim state within Australia, for alienating traditional Australian values and culture, inciting hatred, antagonism and violence toward non-Muslims.  2MFM has links to extremist Islamic groups such as the Lebanese terrorist sect Al-Ahbash.

In March 2013, the Grand Mufti of Australia, Sheikh Fehmi Naji El-Imam, warned the Australian Communications and Media Authority (ACMA) that 2MFM “adheres to a doctrine that would lead many Muslims to feel that they are being accused of blasphemy and apostasy”. 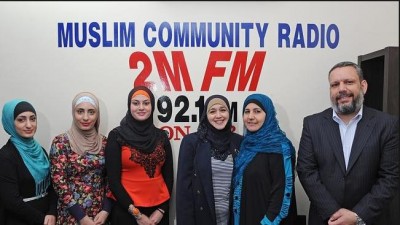 The former insider, Mustapha Kara-Ali, has said that 2MFM operates as a closed system with some of it members and volunteers belonging to the Ahbash group, and this has adversely affected its ability to encourage participation from the general Muslim community,” he said.  “They have a major weapon in their hands and they are using it as a recruitment tool for their sect.” 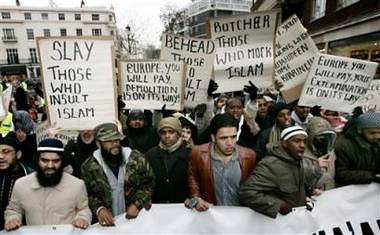