We have previously raised the con that is IPART.  It is charged with raising prices for New South Wales Government revenue, wildly ignoring the prevailing inflation rate and arrogantly independent of public accountability.

This secret government organisation stands for Independent Pricing And Regulatory Tribunal.  But it may as well stand for Increasing Prices And Raising Taxes because that is its record.  It’s like the government having its own internal tax strategy office to fund its decadence.

It is an internal arm of government that panders to corporate profit motives, which kicks in once the LibLab governments privatise public infrastructure that is not theirs to sell.

Electricity prices in NSW this financial year for residential and small business have risen by an average of 18% (including inflation).   Since 2006, electricity consumers in NSW have experienced a massive 113% rise, while inflation has hovered under 4%.  Local Government rates recently went up under IPART and some with a special variation. The concept of a cap is just a con.

Any equitable sense of means testing or special dispensation never occur to these Sheriffs of Nottingham.

Many families in New South Wales are being pushed to the brink.  Many workers have lost their jobs.  Labor splurged  for twenty years and padded out the NSW public service, now O’Farrell Liberals are set to sack 10,000 public service jobs.  It is Lab Waste, followed by Lib Austerity.  Queensland has followed the same pattern. When Abbott gets in, it will be same at national level.  Canberrans on the national payroll would be wise to start planning a carreer move outside the Australian Government payroll!  [Note I do not use the term ‘federal’ – the states are a colonial irrelevance and need to be dissolved].

Yesterday, IPART recommended that Sydney Ferries ticket prices rise by 20% over the next four years.  What friggen planet are the IPART overpaid bureaucrats on?  Water charges are set to rise next.

Every review of prices that IPART is tasked to consider, results in a price hike above and beyond inflation.

The organisation was set up by Labor’s puppet Kristina Keneally as a pretend excuse why the Labor Government had to keep increasing rates, taxes and charges, while it was busy privatising everything.   Quote ‘productivity’ and suddenly inflation and the affordability of basic government services become irrelevant.

For decades, the Labor Government treasury extracted revenues from public utility infrastructure denying the likes of Sydney Water, Energy Australia and RailCorp to properly maintain and upgrade capital assets.  Instead, Labor used the billions in taxpayer rates and charges to fund pet project excesses like the extravagant multi-billion dollar Kurnell desalination plant.   And as the infrastructure has dated and the population has grown, utility infrastructure upgrading has been ignored.   Now suddenly it needs to be paid for by more taxpayer gouging. 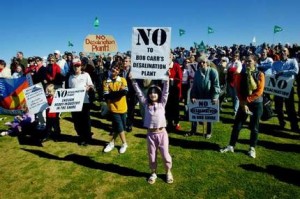 The Chairman of IPART, Peter Boxall, needs to be shown the door along with the entire miserable selfish Board.  They couldn’t give a crap about the unaffordable cost of living of ordinary families.