Trust migrants on 457 visas?  Sure can..(not).  Ever wondered why new migrants get the plumb senior roles, drive flash expensive luxury cars and live in big houses in suburbs surrounded by their own kin?  Must be clever these hard-working migrants!

Consider mortgage brokers doing home calls – both foreign (if not illegally) brown, both Pakistani with obvious accents.  All smiles and bobble necks when they speak, like some nervous disorder connecting the voice box with the neck muscles.  No talk and no neck movement.  Then when it starts taking, the neck wobbles.  Bizarre!  This Indian twitch is termed ‘Subcontinent Rubberneck Syndrome‘.  It is akin to symptoms of Parkinsons and the drug Levodopa can be helpful in alleviation.

Beware:  when street Indians (aka Pakis) shake their head just once, right to left; it means absolute ‘No’ until shown more “baksheesh” (tips) be forthcoming.  It’s bloody wrong.

Yet us Aussies are told to be tolerant of efnic diversity.  Any lip is else set upon by the PC Left brigade and we’re accused of being (shock-horror) “RACISTS“!   Unbelievable in this day and age.

So why do Aussies continue to be so trusting of others we don’t know?

What happens to our money when we read last week in the paper that Australia’s BIG FOUR BANKS have been duped by two ethnic migrant Paki’s in their $110 million mortgage loan fraud in Australia’s city of Melbourne?

The Australian Securities and Investments Commission (ASIC) released a statement on Tuesday outlining the charges and alleging the scheme involved at least 600 dodgy loans made out in the name of ordinary Australian bank loan customers across Melbourne.

Da efnics were certainly hard-working.  This efnic scam is set to be Australia’s single biggest banking fraud!  It is despicable. 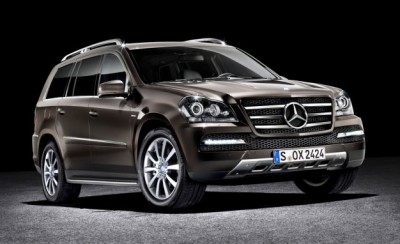 Glad we have trust in our banks, and our government regulator ASIC ..not.  Treasurer Joe Hockey sack the useless bastards overseeing governance at ASIC and APRA!  They piss in the wind.

The efnic Paki scheme was allegedly perpetrated out of the offices of lender Myra Financial Services at Footscray in Melbourne’s full-blown efnic west.  ASIC alleges that between April 2008 and December 2011, Mr Shah and Mr Hassan conspired to defraud Australian banks and other financial institutions by creating and using false documents to support loan applications that were submitted on behalf of Myra clients.

ASIC has called the police about hundreds of fake home loan applications totalling $110 million.  The suspects are two immigrants in Melbourne with no background checks who call themselves mortgage brokers.

Hassan’s done a runner to the Middle East under ASIC’s watch, while Shah in Glen Waverly is looking more worried (right).

The two men, both of whom were originally from Pakistan, have been charged with defrauding major banks and other financial institutions in the alleged home loan scam.  They have drawn up loans to the unemployed and to illegals in Australian.  Mr Shah’s partner, ­Afghan-born Manija Zayee, has also been charged with obtaining property by deception over her ­involvement in the alleged scam.

Perhaps the risk of efnic fraud is the reasons why the Big Four Banks charge extortionate fees to ordinary Australians, making their deposit interest a friggen joke.  Their fees pay for bank executive bonuses every Christmas and fund risk contingencies like when bank internal controls overlook efnic fraudsters.

For Australia’s record profit-making big four banks times are tough, so aggressive lending practices using foreigners with no loyalty to Australians with money gives them the competitive edge.

Mr Shah drives two Mercs and lives in his double-­storey family home in the eastern Melbourne suburb of Glen Waverley.  It’s all through the banks see!  Shah’s partner, Manija Zayee (39) has been charged with obtaining financial advantage by deception for using allegedly false documents to receive approval for a home loan.

Property searches show the couple lived in a $775,000 home in Glen Waverley that was bought soon after the alleged scam began. It was sold for $921,800 after her company was shut down in 2012. 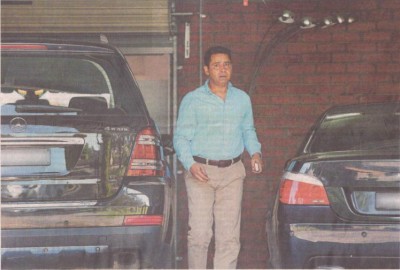