Upon releasing the Australian Government’s Budget for 2014-15 in May 2014, PM Tony Abbott went to the media to discuss the details and to take questions from the public.

Coincidentally, an ABC cameraman was filming in the ABC’s Radio 774 Melbourne studio for a Mark Scott TV-bite, when supposedly a random caller was put through.  “Gloria” she said her name was and apparently a disability pensioner.  She protested publicly to Abbott about how his government’s Budget would hurt her pension allowance.  She aired the fact that she did sex line work on the side. It was a deliberate political gotcha ploy designed to personally embarrass the Prime Minister. 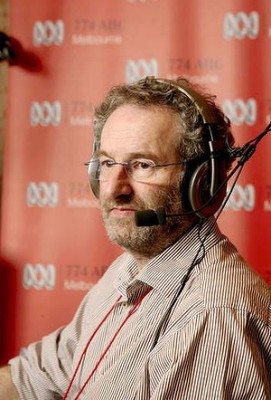 For months thereafter the Left have been salivating over the wink and milking a slur ‘winkgate‘ campaign out of what was an anarchist set up.

Gloria, was not her real name.  Her real name is Judith Power, a self-professed anarchist, a radical lesbian feminist and stooge linked to the Labor Party.   It was another example of gutter politics by the Labor Party prepared to do whatever it takes.

It turns out that Judith Power, a smoker, has been on the disability support pension for years, milking the system and taxpayers. 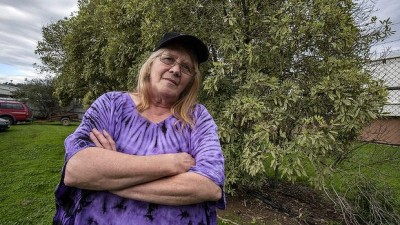 Now 67, she’s set to be on the aged pension, which pays less, so she’ll continue her sex line work for cash on the side.    Nudge nudge, wink wink.   The ABC cameraman’s happen chance footage of Abbott winking went viral on social media – disseminated by anarchists and their Labor cousins at the ready.

It was a copycat stunt akin to Gillard’s misogyny distraction on YouTube.  Labor has since even authored a Wikipedia site in memory of ‘winkgate‘, probably written by a Canberran public servant while at work.

It’s socialist entitlement indulgence, just like how Labor MPs and Senators collectively indulged in costly Whitlam speeches after his death.  Their pontificating platitudes are on Hansard records available online.  Almost every Labor politician exploited the Whitlam legacy sympathy in the lower and upper houses for weeks in memorial for Labor’s Saint Whitlam.

Paid sex line work is the sort of thing anarchists do in their spare time while they rort over $800 a fortnight from the disability pension.  That’s equivalent to earning $26,000 a year to sit at home on the couch.

One commenter says:  “Listen to the bitch squeal as she is slowly ripped off the public’s teat.”

Judith Power is typical of the Leftist ideologists playing politics while bludging on the Australian taxpayer.  She’s like Slackbastard and Radio 3CR and 4ZZZ, and 2SER that pursue a radical socialist agenda while milking government grant monies.  The Labor Party and socialists are so intertwined in electioneering.  That’s why Labor’s socialist Left  pre-selected CFMEU Daniel Andrews to be Premier of Victoria.

Judith Power is like the Australian Labor Party that wasted billions on dabbling in ill-considered socialist experiments chewing through our national treasury wealth:

Judith Power probably got a Labor allowance being part of one of Gillard’s focus groups design to keep her unemployed socialist friends relevant and cashed up.

Labor’s fritter and waste in just six years amounted to $147 billion; after the $70 billion in treasury wealth was squandered, $77 billion of that went on the taxpayer credit card.  No wonder Julia Gillard had “complete faith” in Craig Thompson.

Judith Power, a rampant lesbian, will for sure be part of Labor’s campaign to promote legalising marriage for homosexuals, transvestites and the like.  She has campaigning form.  It is so the unnatural lot can then have carte blanche to go forth an adopt normal children or arrange surrogacy.

But it is not just gays and lesbians.  “LGBT’ is the new insidious alphabet soup term for the many obscure variants of anti-heterosexuality, and additional letters are being constantly added as the social perverts keep conjuring up weirder sexual perversions.  It is only a matter of time before “B” for bestiality is added.

And this lot want to sully the sanctity of marriage!

The Sydney Gay and Lesbian Mardia Gras in 2014 dropped the gay and lesbian parts because the faggots and dykes presume they have got mainstream acceptance – in Darlinghurst perhaps.  It is also because their protest mardi gras tries to represent not just LGBT but now “LGBTQIA”.

This “LGBTQIA” is an acronym for Lesbian (girls come first), Gay, Bisexual, Transgender (not just cross dressers, dick exchangers), Queer (anything goes), Intersex (women who look like blokes like Olympic hermaphrodite Caster Semenya), Asexual (celibacy syndromed), and Allies (support base like the Labor Party and the Greens).

At the time of writing, the above acronym has been supplanted by “Q2GQIAASCP(GSM)”.  We really don’t want to go there, however we are still hanging out for that second “B”.

And apparently in 2015, same-sex marriage advocates are planning a perversion campaign blitz on traditional western Sydney. It is part of a push across 50 key federal electorates to build up moral inoculation for marriage “equality” legislation ahead of the next national election.

Australian Marriage Equality is set to “blitz” the western Sydney electorates of Lindsay (held by Liberal MP Fiona Scott) and the Labor seats of McMahon, Chifley and Parramatta. In Victoria, they will target Liberal-held Corangamite and Casey, and Labor-held Wills, Liberal-held Casey and Gippsland, held by the Nationals.

According to the national director of lobby group Australian Marriage Equality, Rodney Croome, “the community debate is essentially over.”

Meanwhile, Labor’s puppet figurehead Bill Shorten, has his shorten curlies well and truly under the thumb of the Emily Lister feminists.   Progress of society he proclaims depends “on assisting the march of women through the institutions of power”.  Another stolen quote, this time from Karl Marx.

Bill’s “cheese-eating surrender monkeys” quote in parliament was stolen from The Simpsons cartoon show.  It got laughs from Labor, and shaking heads from the Libs. 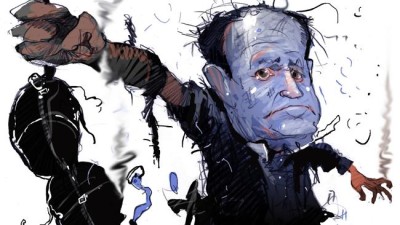 Anything to appease Tanya, Penny and Labor’s women wearing the trousers.

Emily’s Listers now run Labor.  Gillard’s ghost is busy on the phones from her seaside Adelaide shack.   She recalls her mentor Gough Whitlam when in 1997 he famously said:

“I have more influence now than when I had the power.”

So feminism has become their voter message to distinguish themselves from the chauvinist boys in blue ties across the floor.   One key credibility issue that Labor has – their feminism supports Muslim hegemony and sharia oppression of women.  Not quite consistent with Labor’s social justice.

So a tad more thinking about message and audience required there Bill.

Irrespective, Judith Power will be into “gender equity” just as she is into “marriage equity” and “disability equity”, and probably “refugee equity”, “muslim equity” and “anarchist equity”.

Back to the disability pension rorting.

It has been revealed that in Western Sydney 38 family members have claimed $2.1 million from the Disability Support Pension, with one claimant fraudulently receiving $1 million into a bank account over 11 years.

One has used the DSP to pay $300,000 off a mortgage in just over two years, while another claimed support despite earning an undeclared income from owning three properties. The web of family fraudsters was uncovered following a tip a dodgy Western Sydney businessman had failed to declare his income.

The rort is especially systemic within ethnic communities.  An Afghani family visiting an Afghani doctor in Australia – he/she ain’t gonna deny them the disability pension.  Hello!

But this rort and blatant abuse of Australia’s welfare system must come to an end.  And thank you Judith Power for highlighting the rort on the ABC.

Welfare handouts are set to be slashed and eligibility tightened as the Abbott Government eyes off welfare wastelands draining the budget of billions of dollars.  In the crosshairs are the 822,000 Australians receiving the disability support pension. Many are cheating the system. 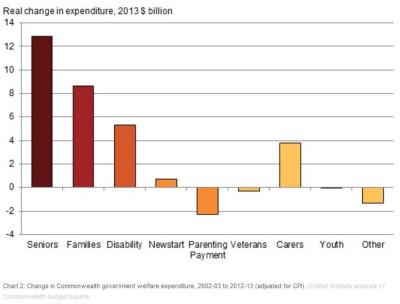 “Getting as many Australians as are able off welfare and into work will be one of my core goals,” Mr Morrison said.

From January 1, those applying for the disability pension will have to be assessed by a government-contracted doctor instead of their own GP.

If the government doctor finds they’re not completely unable to work they could be put on the dole instead – which is about $160 a week less.

The government is also cracking down on the amount of time those on the disability pension can spend overseas before losing their payments.  In 2015, disability payments can be stopped four weeks after a person goes abroad, instead of the previous six weeks.